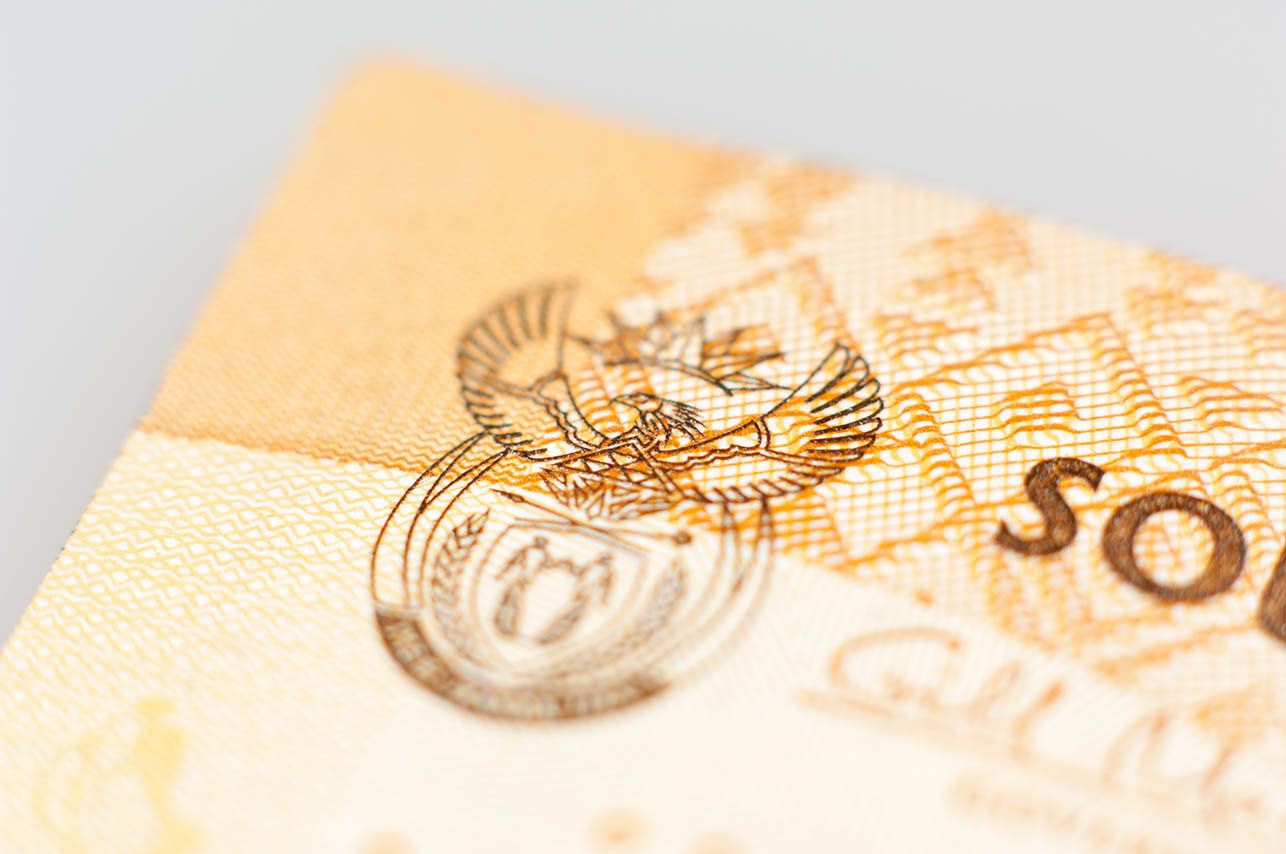 The South African Rand was leading the emerging market currency club on Monday, furthering an outperformance that has opened the door to two-year highs around 13.87 in the weeks or months ahead, according to technical analysts at Commerzbank.

South Africa’s Rand was higher against all of its nine-nearest counterparts when it made a second attempt at pushing USD/ZAR below 14.20, with price action coming amid widespread declines in Dollar exchange rates but also selective pockets of weakness across other emerging markets.

"India’s bourse has tanked this morning, and I have no doubt that the ever-increasing rate of new infections recorded during its second wave is contributing to this outcome," says Siobhan Redford, an economist at Rand Merchant Bank, adding:

"The rand, on the other hand, has many people scratching their heads as it charges ahead, already around 7c stronger on its opening against the US dollar and also trading stronger against the pound, euro and yuan."

Outperformance comes after an explosive breakout to 16-month highs by the Rand, which occurred when USD/ZAR fell below its 200-week moving-average at 14.54 and a significant Fibonacci retracement of a multi-year trend located around 14.50.

Since then the South African currency has taken out a number of other resistance levels, which are support levels for USD/ZAR, in moves that have opened a metaphorical door for the Rand to begin contemplating what would be close to two-year highs and the lowest levels for USD/ZAR since July 2019. 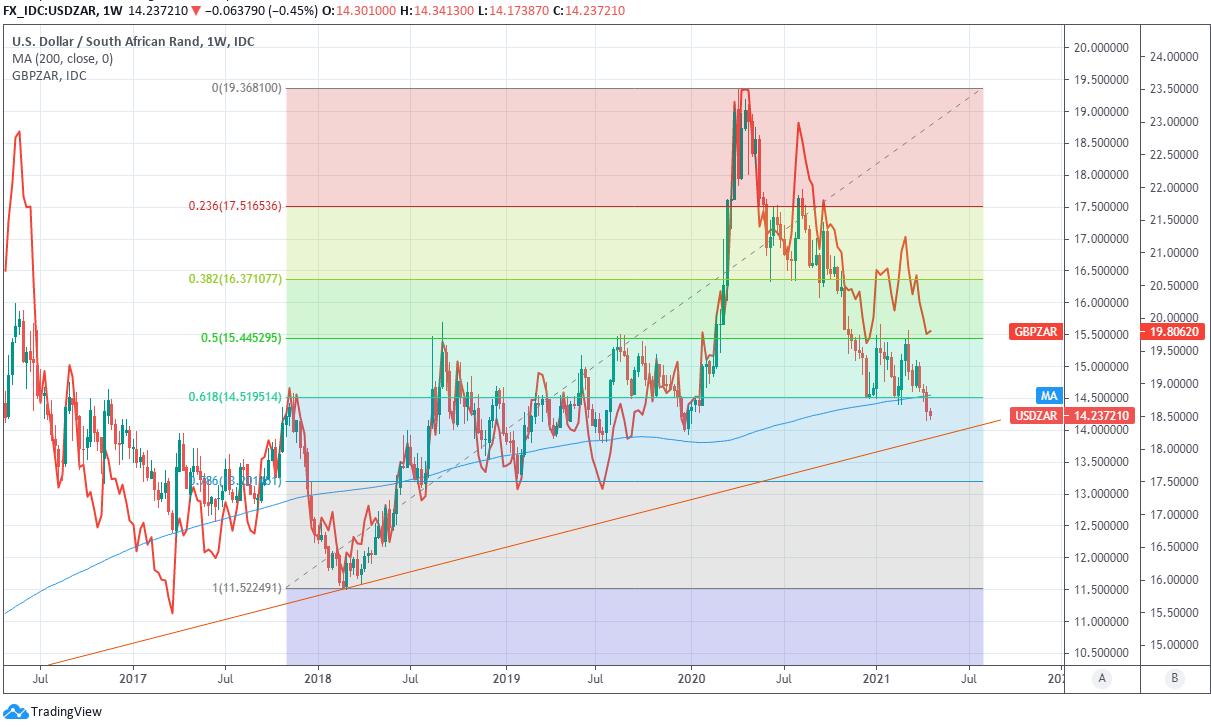 Above: USD/ZAR at weekly intervals with Fibonacci retracements of 2018 uptrend, 200-week average (blue) and GBP/ZAR (red).

Rudolph says that en route to 13.87 the Rand could meet resistance and USD/ZAR find support around 13.9323 and that once past these levels the South African currency might then be likely to set its sights on 13.86 and July 2019’s lowest of all levels; 13.81.

The Commerzbank team has a bearish outlook for USD/ZAR the entire time that the exchange rate is below 14.54.

It may be the case that stop-losses have been triggered and prompted a cascade which then played a role in lifting the Rand further, given that buying USD/ZAR around 14.40 and placing stop-losses just below was a popular strategy with at least some traders until only very recently.

Rand strength may be positive for the South African Reserve Bank (SARB), which is to some extent banking on an appreciation of the domestic currency in order to keep upside risks to its inflation target in check.

The SARB assumed in its latest policy decision that the trade-weighted Rand would strengthen somewhat this year.

This would in the process cheapen the cost of imports into South Africa while potentially weighing on the consumer price index in what would be an economically supportive turn of events.

This was possibly a tacit hint that it might not take much to get the bank thinking about raising interest rates while "foreign investors are well-rewarded” already.

The SARB’s quarterly projection model brought forward the timing of recommended interest rate rises in November and in March it continued to advocate a 25 basis point rise in each of the second and third quarters. 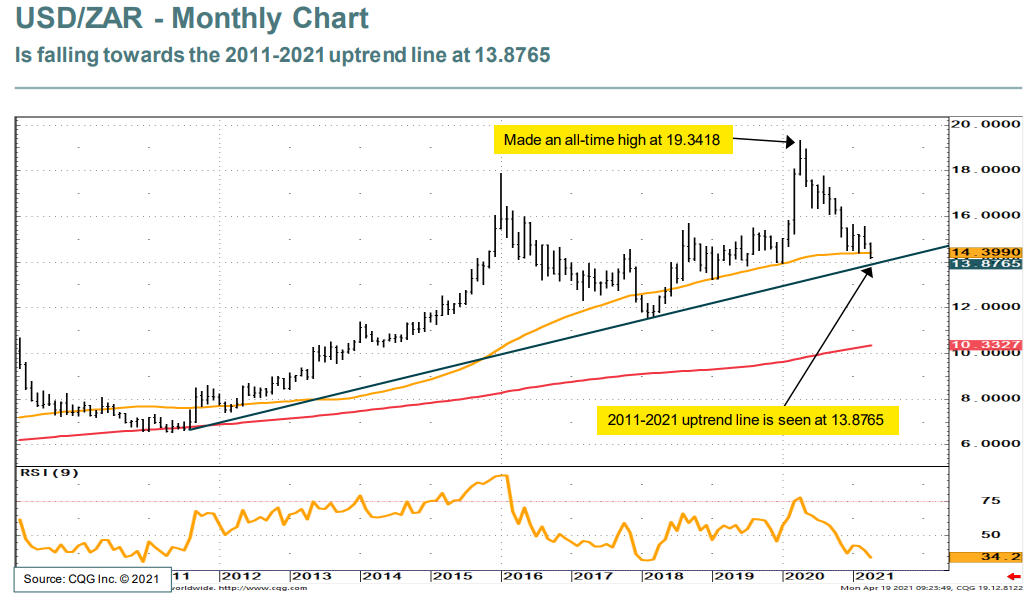 Above: USD/ZAR at monthly intervals with technical indicators and analysis. Source: Commerzbank. 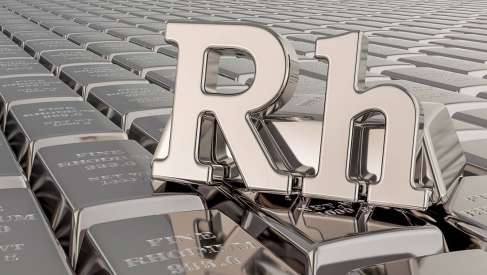