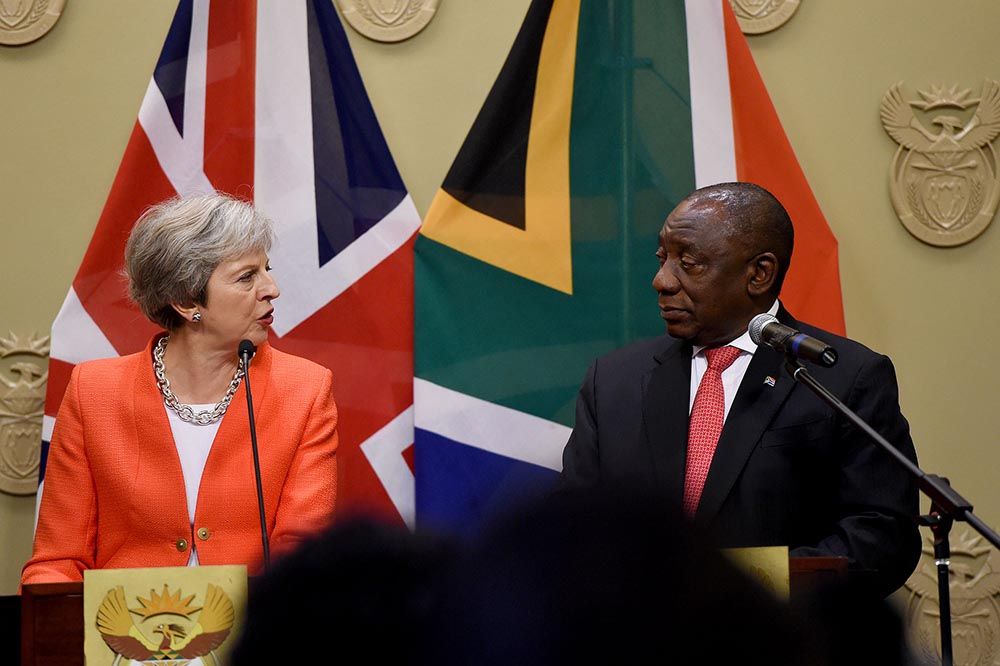 - Doubts might encourage speculation of a Moody's rating downgrade.

The Rand was on course for a second consecutive day of steep losses Wednesday as markets continued to protest the likely reappointment of an allegedly-tainted candidate to the role of deputy president, which is casting doubt over President Cyril Ramaphosa's reformist credentials.

President Cyril Ramaphosa deferred until Wednesday the announcement of his cabinet, leading to speculation he has met resistance to some appointments from members of the African National Congress as well as fears of a possible 'crony cabinet'.

"The market requires evidence of strong leadership to quell fears of policy paralysis, which would require that members appointed to the executive are free of controversy. The deadline in which to appoint a cabinet is fast-approaching and the onus lies firmly on the president to free the market of its anxiety to stem the tide of rand losses," says Nema Ramkelawan-Bhana, an analyst at Rand Merchant Bank.

Market fears escalated Wednesday amid speculation that David Mabuza will be reappointed to the role of deputy president, after the embattled politician was sworn back in as a member of parliament on Tuesday.

Mabuza is said to be linked to a series of scandals that came to light during the tenure of ousted former president Jacob Zuma, and during Mabuza's time as premier of the Mmpumalanga province.

"Being closely associated with Mabuza, which would certainly be the case in the event that he is reappointed as deputy president, could harm President Ramaphosa’s credibility in his attempts to implement strict reforms and root out the corruption that has tarnished the ANC’s image during former President Zuma’s tenure," says Lee Hardman, an analyst at MUFG.

President Cyril Ramaphosa was reappointed as President of the Republic of South Africa on Tuesday after the African National Congress won 57.5% of the national vote in a general election earlier this month.

Since then financial markets have been looking for a strong cabinet lineup of reformers, who're competent on the public finances as well as committed to eliminating the corruption and graft that's so badly damaged confidence in the nation's institutions and economy, to be announced this week.

Analysts at Goldman Sachs wrote to clients after the election advising them that Ramaphosa's choice of cabinet would be key to the outlook for the Rand over the coming months. Wednesday it appeared as if the cabinet lineup would be Rand-negative. 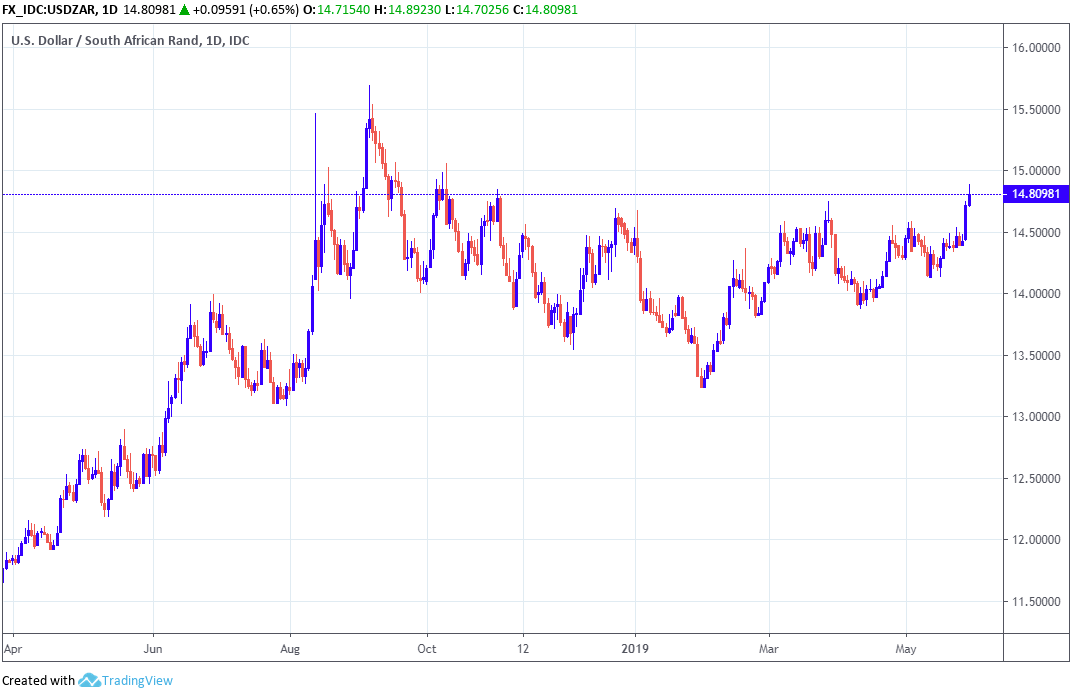 "That the cabinet’s appointment is being slowed down further suggests that President Ramaphosa could be facing more resistance from senior ANC veterans towards his reforms than had been hoped for. While it appears likely that he is confirmed, if Mabuza is not reappointed there could be some relief for the rand," says Hardman.

Ramaphosa and the cabinet will be caught between a rock and a hard place as they seek to balance the demands of rating agencies with addressing South Africa's weak economy, troubled public sector and litany of social needs.

South Africa is under pressure to reduce its budget deficit and national debt pile, which have risen to levels that are unnaceptable to ratings agencies. The only major rating firm to still have South Africa as an 'investment grade' borrower is Moody's, but there's no guarantee the rating won't be cut later this year.

"With the political environment and the government's aim to fight against corruption now questioned by the Mabuza news, ZAR will likely struggle further in the near term," says Cristian Maggio, an emerging market strategist at TD Securities. 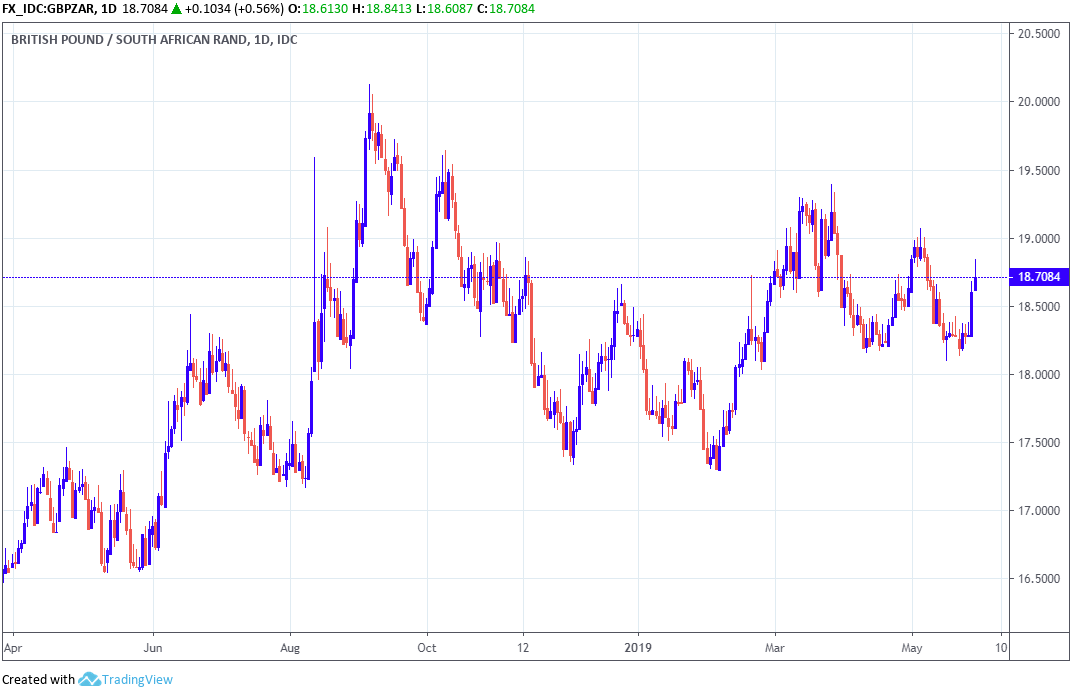 Eskom, the financial troubled utility provider that might struggle to repay ZAR 350 bn of government guaranteed debt, is an example of the institutional challenges that Ramaphosa and his new cabinet will need to fix if they are to save South Africa's investment grade credit rating.

The embattled firm, which saw its CEO resign last week, is a direct threat to the government's efforts at reducing spending and bringing down the national debt pile. As a result, it's also a threat to the Moody's credit rating.

Losing the Moody's rating would mean many international investors, particular those that benchmark to the Citi World Government Bond index, are automatically forced into selling their South African government bonds.

This would force government funding costs higher by lifting bond yields and drive the Rand into the ground in the process as investors seek to swap capital back into their domestic currencies. Around half of South African government debt is owned by foreigners.

The Pound to Rand exchange rate has been quick to pare early February losses and third party central bank events may lead to further gains this week but there is also potentially the risk of a State of the Nation Address (SONA) surprise that could be very bearish for GBP/ZAR on Thursday.