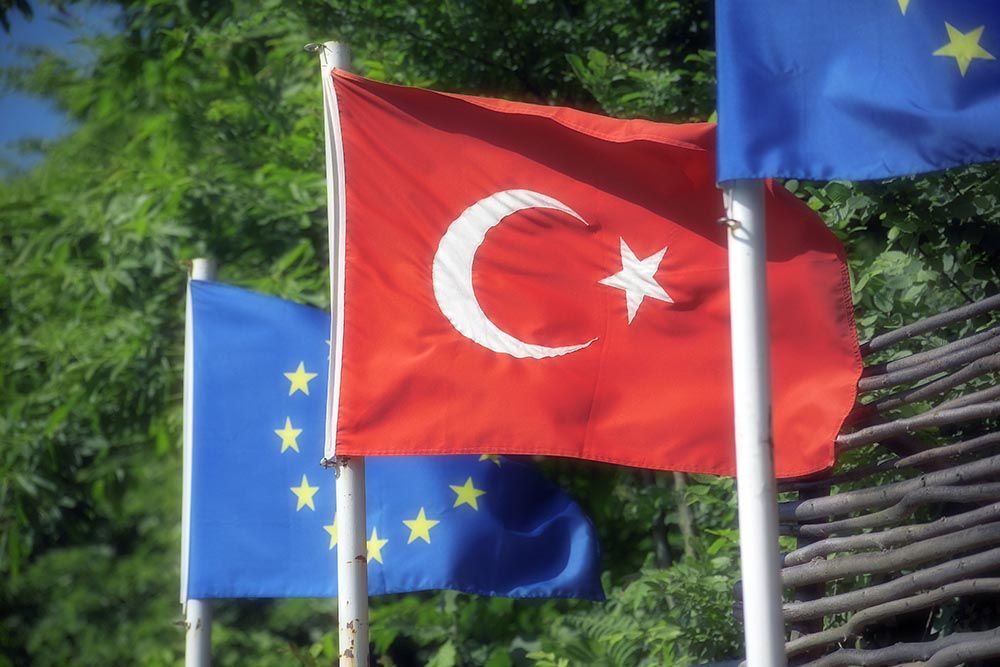 Turkey's Lira has been clobbered on currency markets, falling 17% on Friday and by 82% against the US Dollar this year, as markets fret over an escalating dispute between Ankara and Washington, a politically compromised central bank and deteriorating economic fundamentals.

Only a sharp rise in interest rates at the central bank will be able to stabilise the currency but this looks a distant prospect after President Erdogan told a rally of supporters at the weekend that “If we don’t minimise this interest rate, it is a vehicle of exploitation that will make the rich richer and the poor poorer.”

This saw markets abandon all remaining hope of the Turkish central bank stepping in with a lifeline for the Lira. All of the above is raising the cost of servicing Turkey's overseas debts, both government and private, which is in turn leading to fears of the government imposing "capital controls" and even of a possible Turkish default.

"The debt burden of the corporate sector (around 70% of which is in FX) is a concern for the asset quality of local banks. This in turn exacerbates concerns over the ability of the country to finance the balance of payments, with a $230bn annual gross external funding requirement, roughly $85bn of which is the banking sector’s external debt rollover requirement," says Anezka Christovova, a currency strategist at J.P. Morgan.

Those fears spilled over Turkish borders and into Europe Friday as traders panicked about the exposure the continent's banks have to Turkish borrowers, whose foreign currency debts and interest payments have almost doubled this year.

"Just as King Canute could not stem the waters by ordering the tide to stop, a country with a 6% current account deficit and 15% inflation will be powerless to stop its bonds and currency sliding without hiking interest rates and/or restricting capital outflows," adds Societe Generale's Juckes. 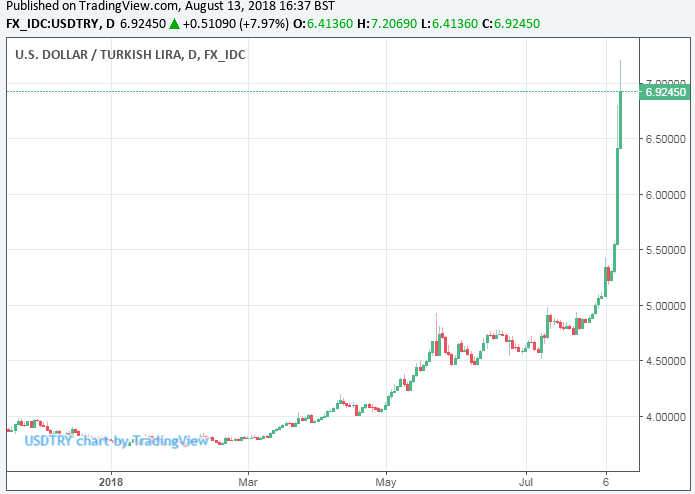 The USD/TRY rate was quoted 7.2% higher at 6.84 during the noon session in London Monday but had traded as high as 7.12, which marked a 10% loss for the session. The Pound-to-Lira rate was 7.3% higher at 8.75. Turkey's currency is down more than 70% against a Brexit-battered Pound Sterling this year. 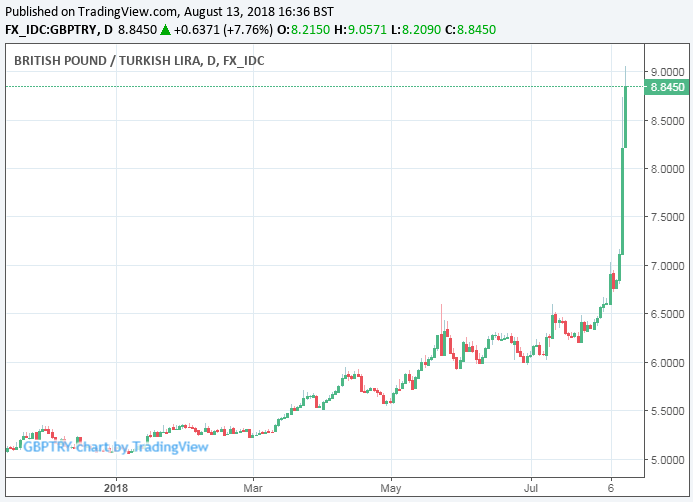 "The concerns of the market are now much broader," says J.P. Morgan's Christovova. "Policy rate hikes on their own will likely not be sufficient and possibly counter-productive, a comprehensive package is required."

In addition to steep interest rate hikes, Christovova says the Turkish government would also need to provide a rescue package for the nation's banks, as they would suffer from increased loan defaults if interest rates were to rise sharply.

Some sectors of the economy would also need targeted fiscal support, and the government would need to accept that a recession is likely on the horizon regardless of what it does.

In prior currency crises, Christovova says that central banks had to raise their interest rates between 5% and 10% above the rate of inflation in order to stabilise their currencies. Turkey's interest rate is at 17.75% but its inflation rate rose from 15.3% to 15.8% in July.

Christovova's rule suggests Turkey's central bank needs to raise its rate by at least another 3%, and potentially as much as 8%, to stabilise the Lira.

This puts President Erdogan between a rock and a hard place given the centrepiece of his 2018 election campaign was a pledge to boost Turkish economic growth.

"Time is short in our view. As the lira fails to find a clearing level, our concern is that without immediate action, the government will find it difficult to tackle the challenges without resorting to either an IMF program as a backstop or controls on convertibility," Christovova writes, in a recent briefing to clients.

"Controls on convertibility" means draconian government-imposed capital controls restricting the amount of money that can be take outside of the country. And an International Monetary Fund (IMF) programme of assistance would turn Turkey into a Middle Eastern counterpart of Greece, which has undergone seven years of humiliating creditor-imposed austerity.

But without any of the above steps, and regardless of how painful they might be, Turkish authorities will remain locked in a fight with the market that few, if any country, could ever really win.