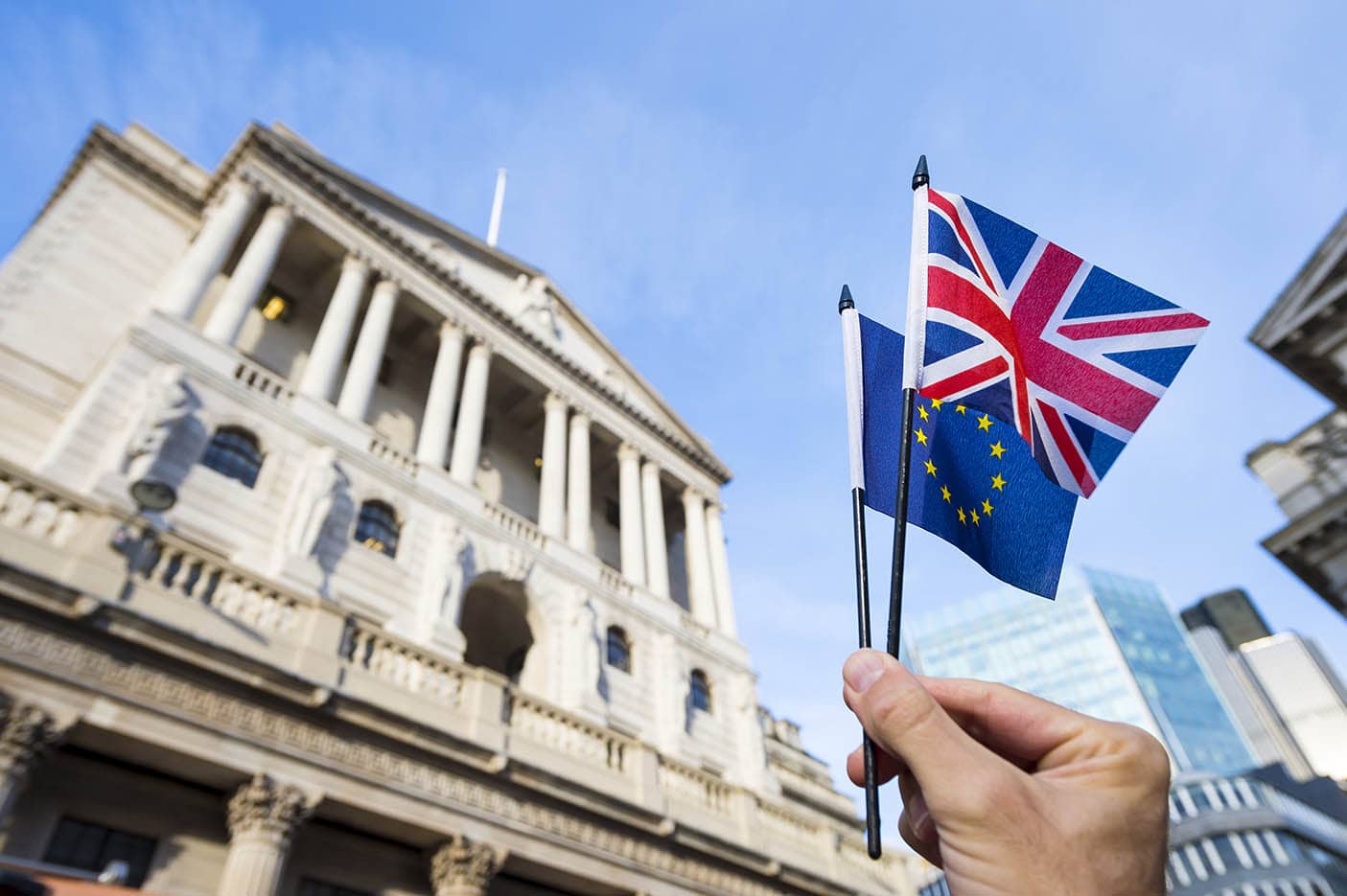 Ahead of the Bank of England event, starting at 12 GMT, here are a selection of analyst briefings out this morning:

RBC Capital economists expect a slowing of the pace Quantitative Easing purchases to be announced at today’s meeting, though the headline amount will remain unchanged.

As a reminder, the Bank of England (BoE) must tweak its asset purchase programme (quantitative easing) at some point if the current purchase envelope of £150BN is to stretch to year-end, which is what the Monetary Policy Committee (MPC) desire.

This means the BoE must 1) taper the weekly purchases now to reach year-end, 2) taper in June or August (which would mean a more severe reduction in the second half of the year) or, 3) increase the size of the envelope.

As we note here, the views on what moves will be taken are quite diverse and there certainly is no clear consensus. But an expansion of quanititative easing would come as the biggest surprise and would almost certainly result in GBP weakness.

This makes for an interesting day for Sterling whereby any 'hawkish' tilt could result in gains.

An expansion of quantitative easing could however trigger losses, something analysts at TD Securities ascribes a 20% chance.

"The risks of a more hawkish BoE should be supportive for GBP but in reality, much of the heavy lifting on UK rates was done through Q1," says Bank of America strategist Kamal Sharma.

"That the BoE could announce APF tapering should not come as a total surprise given its stated objective to extend purchases through to end-2021. How the BoE views the outlook beyond the expected sugar rush and its implications for the rate profile is arguably more significant for the pound," he adds.

"A hawkish BOE today could send GBP/USD through the $1.40 handle today and GBP/EUR above the €1.16 mark," says George Vessey, Strategist at Western Union Business Solutions.

"Although the BOE is expected to continue supporting the UK economy through the current crisis by keeping interest rates at record lows, a tapering of its bond buying programme could be announced today. If not, signs of it been reduced in the future could still be constructive for GBP upside," he adds. 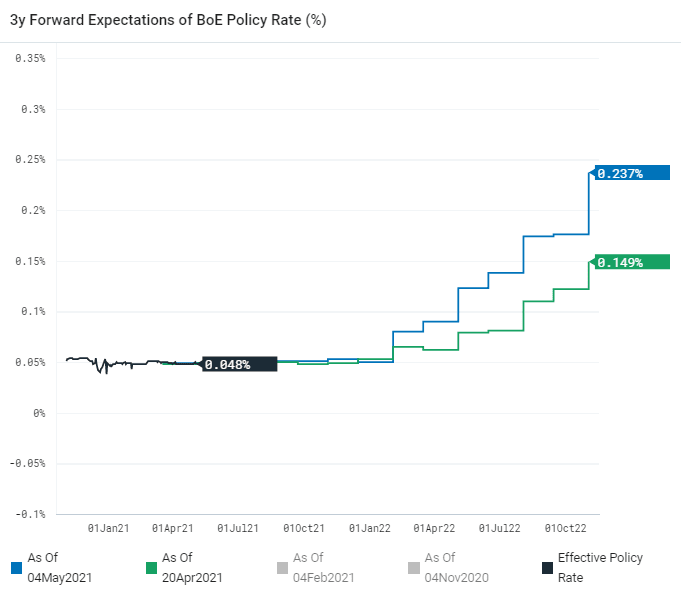 Above: Expectations for higher future rates at the BoE have been rising. Image courtesy of Goldman Sachs.

Economists at Goldman Sachs say the BoE will choose to continue the current level of support until August, and then reduce the Quantitative Easing pace to £1.3BN per week through year-end.

"By waiting a few months, the BoE will have hard data in hand confirming the growth pickup," says Steffan Ball, an economist with Goldman Sachs.

"Given widespread concern among central banks on potential tantrum-type events on the announcement of a taper, we think the BoE is more likely to combine tapering with updated guidance on the exit sequence in August, and use careful forward guidance to ensure the news does not lead to an unwarranted tightening in financial conditions," he adds.

Marshall Gittler, Head of Investment Research at BDSwiss Holding Ltd says the improvement in the economy since the February Monetary Policy Review (MPR) is likely to result in a substantial upward revision to the forecasts in this month’s MPR.

"That could provide the justification for the MPC to follow the Bank of Canada’s footsteps and begin tapering its bond purchases," says Gittler.

BDSwiss expect the BoE to slow the weekly pace of bond-buying from its current £4.4BN a week to around £3.5BN or £3.0BN.

"GBP tends not to be unusually volatile on days when they don’t make any decisions, but today may not be one of those days," says Gittler.

"The Bank of England should take a step closer to QE tapering, being a positive for GBP," says Petr Krpata, Chief EMEA FX and IR Strategist at ING Bank N.V.

ING says the BoE should deliver a series of upgrades to its economic forecasts today and this encouraging outlook suggests the Bank may announce QE tapering.

"While this should come as no surprise, on the margin it should be GBP positive, particularly after the tough month of April for sterling," says Krpata.

Thu Lan Nguyen, FX and EM Analyst at Commerzbank says the BoE have every reason to sound optimistic.

"What is relevant for Sterling in this context is whether the central bank is already sufficiently confident about economic prospects to give the first indication of a reduction of its expansionary degree," she says.

Nguyen makes a key point that tapering the quantitative easing programme would not change anything about the general degree of expansiveness of the overall programme, as the BoE has an overall volume target rather than a weekly purchasing target.

This makes for a critical distinction with the Bank of Canada which recently reduced its weekly asset purchases.

"If the BoE was to reduce the speed of the asset purchases that would mean that it could extend the overall purchases over a longer period. That in itself is not really a positive signal for Sterling," says Nguyen.

By the same token, "if the BoE were to decide against tapering today that would not necessarily be bad for Sterling," she adds.