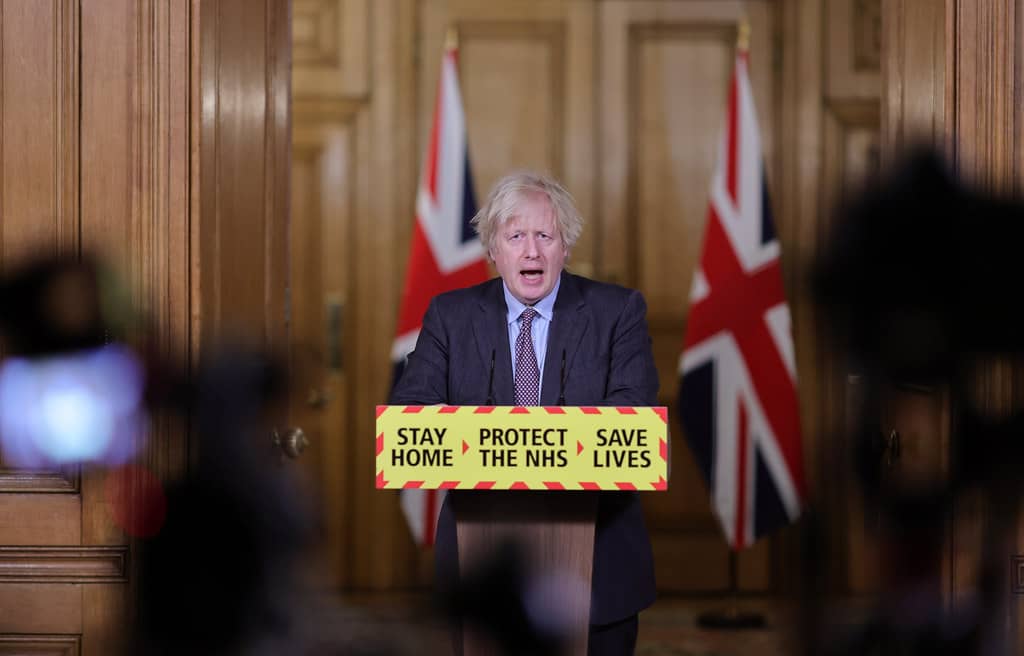 The British Pound has extended a winning run in after the government announced a four-step roadmap to unlocking society which should mean all restrictions are lifted by June 21, provided the pandemic behaves as scientists predict.

The Pound-to-Dollar exchange rate rose to 1.41 at one point on Tuesday, its highest since May 2018.

With the spot Pound-to-Dollar exchange rate passing 1.4075 on the interbank foreign exchange markets, the retail rate on offer to those transferring money has now been pulled above the 1.40 level for the first time in years. 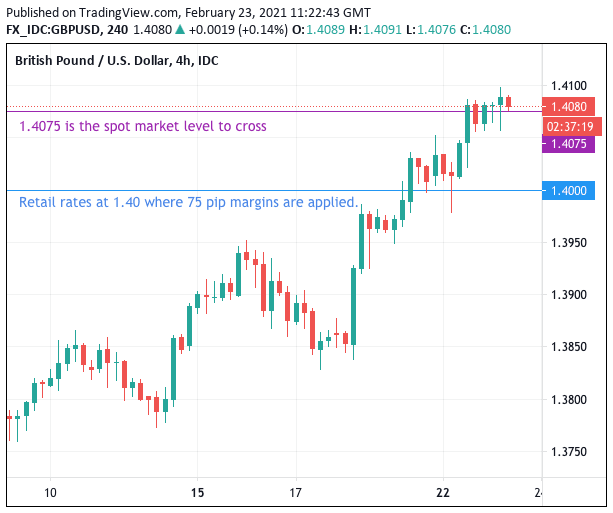 The gap between the actual market rate quoted on financial website dashboards, and the amount your bank actually delivers when you are buying or transferring foreign exchange, is known as the spread and is a source of frustration for many watching the market in the hope of acting on a rising Pound.

While Pound Sterling Live's dashboard suggest banks are still not offering rates at 1.40 or above on GBP/USD, specialist currency brokers have started to quote these levels.

The psychological break in the retail market comes amidst a multi-week rally in the value of the British Pound, which is being driven by a combination of:

The UK vaccination advantage was seen to be paying dividends on Monday when the Prime Minister announced a roadmap out of lockdown.

The approach will be slow, but the caution appears to be welcomed by the medical community as well as the public with polls showing a broad approval for the four-stage strategy. 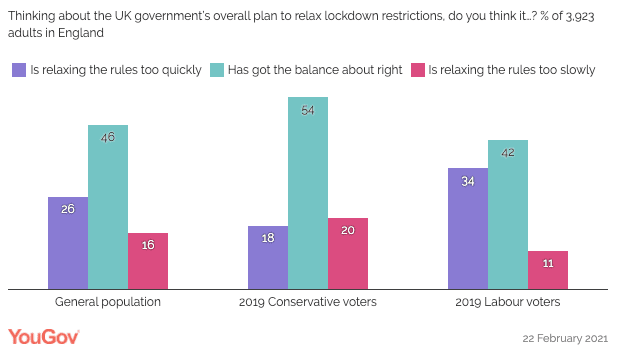 Credibility is important for investors and businesses alike, which is in turn said by analysts we follow as being supportive of Pound Sterling exchange rate dynamics.

"Johnson’s exit plan was pretty cautious to say the least – which admittedly is the right ploy as the buzzword of irreversibility is certainly achievable with the speed and efficacy (so in the data at least) of the vaccine programme," says a note from the foreign exchange trading desk at JP Morgan in London.

While there were concerns that an overly cautious approach would pose a potential headwind to the economy and Sterling, the market's verdict is that the UK is on course to exit the current cycles of lockdowns, which is not necessarily guaranteed in other countries where vaccination rates lag.

"No other country in the West has a clear, detailed exit strategy from the Covid nightmare as the UK," says Antonello Guerrera, UK correspondent for Italy's La Republica. "There gonna be bumps of course. But, unless variants & Co ruin the plans and despite the supposed “slowness”, the UK is poised to be back to “normality” much earlier than others."

Goldman Sachs economists say that when the current vaccine roll-out and the decrease in infection rate and potential for an expansionary March budget is considered, the UK is well positioned for a near-term rebound.

"UK outperformance has been a theme since the start of the year as UK assets have benefited from falling uncertainty following the Brexit resolution as well as the very good progress on COVID-19 vaccinations especially vs. the rest of Europe," says Christian Mueller-Glissmann, an economist at Goldman Sachs.

The roadmap to unlock the country has boosted some domestic stocks that are geared towards the restart, such as travel companies.

Shares in TUI and International Airlines Group advanced strongly in Tuesday trade, with the former reporting a six-fold increase in bookings overnight.

EasyJet said flight bookings from the UK jumped 337% and package holiday bookings surged 630% compared with a week earlier, with Malaga, Alicante and Palma in Spain, Faro in Portugal and the Greek island of Crete among the top destinations.

August breaks are the most popular, followed by July and September.