"We have not had much opportunity to laud sterling's performance over the past 5-years, but one cannot fault its efforts at the start of 2021." - Kamal Sharma, BofA. 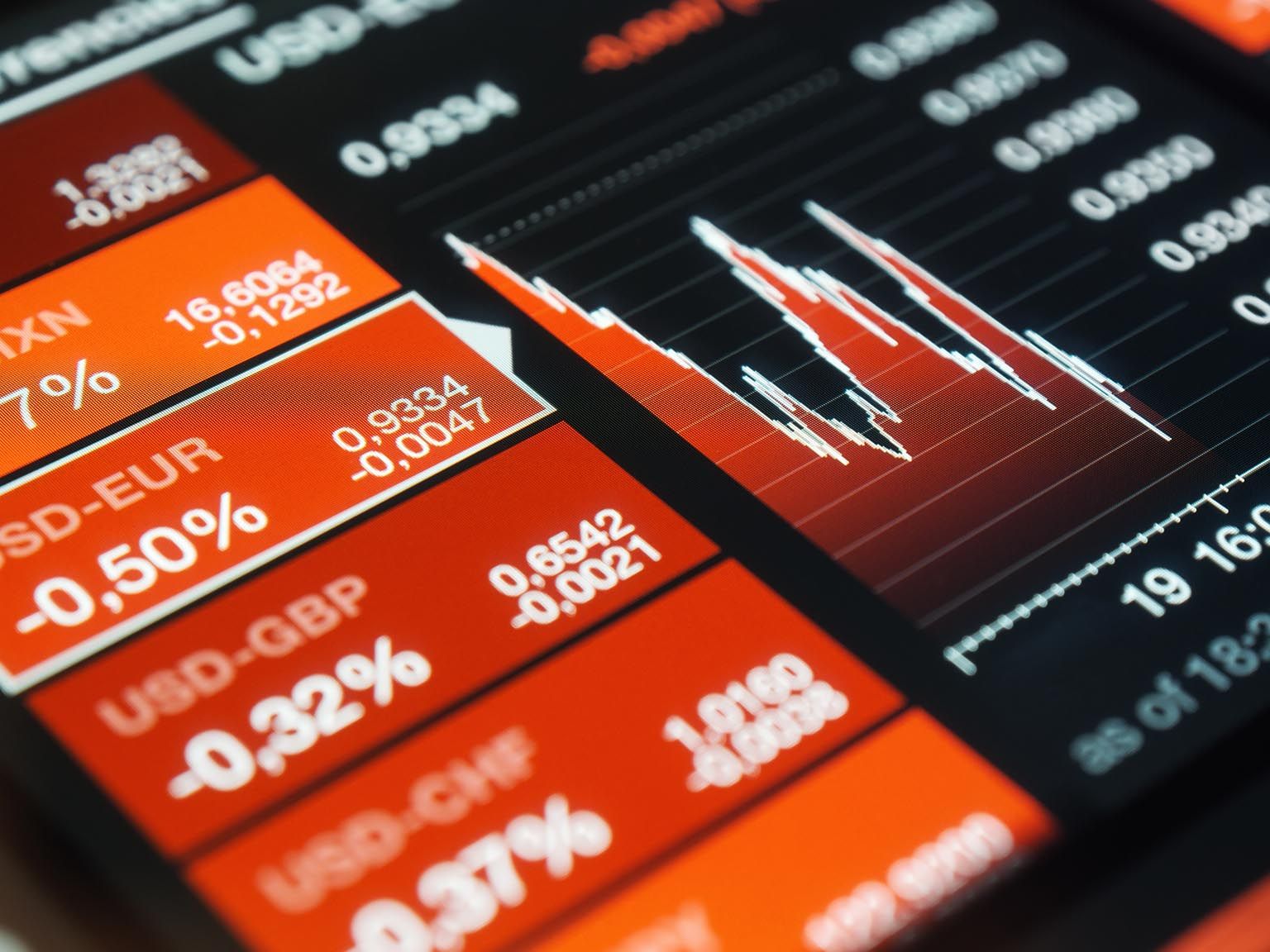 The British Pound moved higher in a straight line in the first quarter of 2021 only to hit the buffers in the second quarter, where will the second half of the year take the UK currency?

Analysts at Bank of America have released their mid-year report card on the Pound and they say the Pound's 2021 outperformance is not yet over, particularly now that it is no longer looking overbought.

"We have not had much opportunity to laud sterling's performance over the past 5-years, but one cannot fault its efforts at the start of 2021," says Kamal Sharma, FX Strategist at Bank of America.

In a new research note Sharma points out that when his team reviewed the currency at the end of a stellar first quarter, they warned the second quarter would not be as easy going for the bulls.

This call proved correct given the sideways grind seen in the trade weighted Pound. This is price action is particularly obvious in the Pound-to-Euro exchange rate which appears to have peaked for the time being. 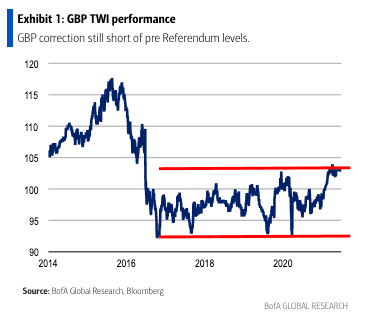 Above: The trade weighted pound's performance. This is a broad measure of GBP performance based on a the most important Sterling exchange rates.

The Pound-to-Dollar exchange rate is meanwhile looking decidedly bearish as the second half of the year commences, having fallen below 1.40 and now quoting at 1.3750.

"The risks around the pound were likely to be more symmetric through the rest of the year than they were in Q1," points out Sharma.

But concerning the outlook Sharma says "our bias remains for further cyclical outperformance through the rest of 2022."

There are three positive cyclical & growth tailwinds that Sharma expects to aid the Pound: the global liquidity glut; a broadly lower FX vol environment; and the hawkish pivot by the Bank of England.

"Our reservations at the start of the year that Brexit would be a more pervasive near-term concern for GBP were clearly unwarranted and not only has GBP successfully recoupled with the rest of the G10 FX high beta complex, the most significant upside surprises so far this year have been the UK's successful vaccination rollout, followed by the Bank of England hawkish pivot, having effectively jettisoned the negative rates debate," says Sharma.

The Bank of England now looks set to raise interest rates in 2022, ahead of much of the G10 pack.

This early mover status could benefit the Pound. 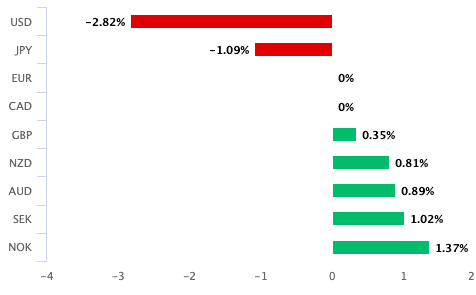 Above: The Pound's performance over the course of the past month

However, as noted over recent days, expectations for that first rate rise have not really shifted with the Bank's June policy report and a subsequent speech by Governor Andrew Bailey suggesting there would be no rush to raise rates.

As one analyst noted recently, for the Pound to rise further the expected data of the first rate rise must keep coming forward, and there is little to suggest this can be sustained.

For now then, the Bank of England is in the price of the Pound and it could tread water until some fresh impulse arrives.

Bank of America are nevertheless keen to underline the point that the Bank of England nevertheless ultimately remains one that has struck a 'hawkish' pivot by pointing to a 2022 interest rate rise.

"The Bank of England appears to be at the forefront of the debate on broader policy normalization, including Quantitative Tightening. Though forward guidance has been diluted, the BoE has indicated that its tolerance for an inflation overshoot is limited," says Sharma.

So while the Bank might not be a source of gains for now it is nonetheless supportive and this could underpin Sterling and protect it against significant decline.

Positioning is seen as a potential headwind by Bank of America: the Pound was a hot pick amongst economists and strategists at the start of 2021 and this always risked creating a crowded trade.

This crowding became increasingly evident towards the end of the third quarter as positioning data suggested the currency was becoming overbought.

How much of this positioning remains at the current juncture will be important in determining whether a rebound can shape up.

"Both momentum and positioning indicators have eased away from their respective overbought signals which we think should allow GBP to track higher through the coming quarters," says Sharma. 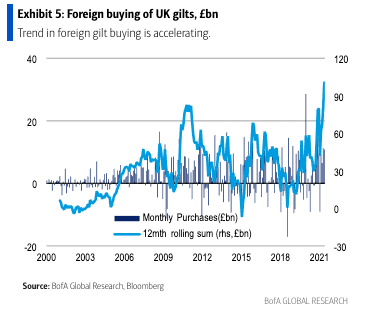 Sharma has taken into account the suite of evidence available from Bank of America's various research departments and concludes, "the backdrop remains favourable for further GBP outperformance for the rest of the year".

But, outperformance by the Pound is likely to greatest versus the low beta currencies, which includes the Yen and Swiss Franc - both currencies with ultra low interest rates. 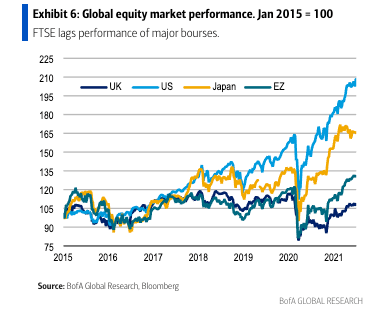 Expectations for gains are built in part on Bank of America's observation that a good portion of global investors remain of the view that UK stocks are undervalued, suggesting the potential for catch-up by UK markets.

The buying by foreigners of UK government bonds and Merger & Acquisition activity are also expected to be on balance supportive of the Pound over the coming months.

"The UK continues to be the largest net recipient of cross-border M&A in Europe whilst the latest M4 data shows another strong print for foreign buying of UK gilts - the eight monthly build in 10," says Sharma.