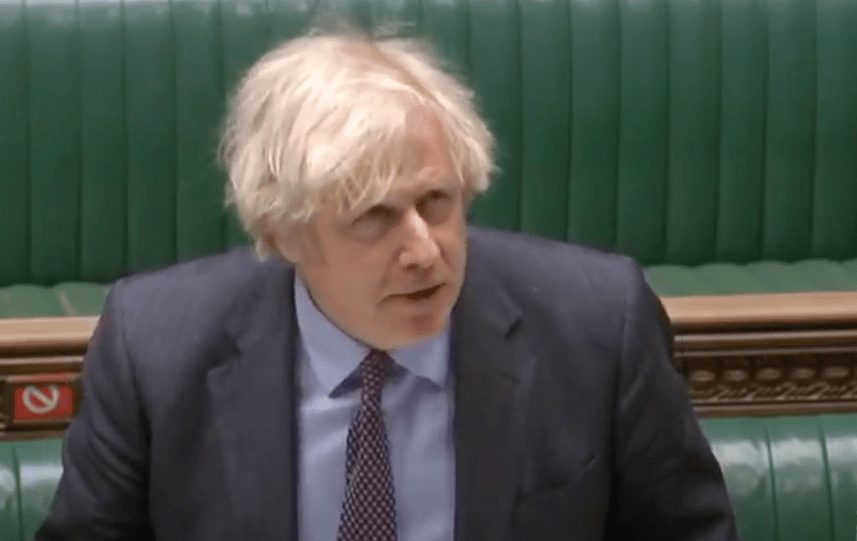 The British Pound advanced against a number of major currencies and kept alive its 2021 uptrend after the Prime Minister Boris Johnson revealed a roadmap out of lockdown that could see the country back to normal by mid-year, provided the covid-19 pandemic is quashed by the country's vaccination programme.

In a statement to Parliament Johnson said the reopening of the economy would commence with the return of schools on March 08, with a further easing of restrictions at the end of March.

However, the next major easing of restrictions would only occur on April 12, five weeks following the initial March 08 opening.

The roadmap envisages a new phase of reopening every five weeks, allowing scientists the opportunity to assess the impact of the previous measures.

For the Pound, the reopening is crucial as it could allow the economy a chance to finally mend.

The currency has been one of the best performing major currencies of 2021 thanks in part to the UK's lead in vaccinating its population allowing for the unlocking of restrictions on a sustainable basis, something which would not occur in those economies where the vaccination programme is slower. 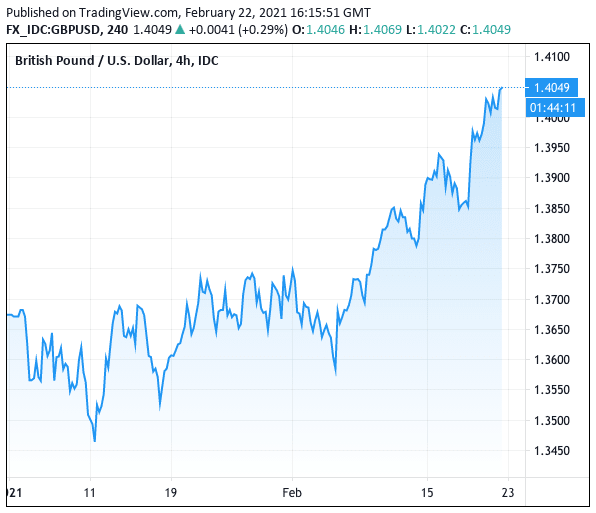 Above: 4 hour chart for GBP/USD showing unlocking roadmap keeps the ascent of 2021 alive.

Johnson said he would "cautiously but irreversibly" unlock the country.

"There is no credible route to a zero covid Britain or indeed a zero covid world," said Johnson. "We cannot persist indefinitely with restrictions that debilitate our economy, our physical and mental wellbeing, and the life chances of our children."

However, heading into the announcement analysts had sounded warnings that the vaccine advantage bestowed upon the Pound could be erased should the government be too slow in lifting lockdowns.

"We think that the UK government would err on the side of caution with regards to exiting the lockdown, and this much could disappoint the GBP bulls," said Valentin Marinov, Head of G10 FX Strategy at Crédit Agricole.

"A slow lifting of restrictions could disappoint expectations for a faster pace of recovery on the back of the vaccine roll out at least in Q2," said Derek Halpenny, an analyst at MUFG.

But the reaction by the Pound to today's announcements is suggestive that the market has broadly accepted the government's roadmap and the argument that a slow yet sustainable unlocking of the economy diminishes a worst-case scenario whereby restrictions have to be reimposed if the virus takes hold again.

In the wake of the announcement the Pound-to-Euro exchange rate overturned a deficit to record a gain on the day's open at 1.1566.

The Pound-to-Dollar exchange rate rose to 1.4050, which means an independent FX provider with a 50 pip margin could be offering money transfers at a rate of 1.40.

The unlocking will be important for UK businesses as it will allow the opportunity to plan and invest for a return-to-normal, which should result in a boost to economic activity over coming weeks and months.

The Bank of England's Chief Economist Andy Haldane said recently that he expected the economy to react to the reopening like an uncoiling spring. Inded, the Bank expects economic activity to recover rapidly over coming months, negating the need for another interest rate cut.

The Pound will likely find support on this trend, say analysts.

"GBP may hold well as the governments lockdown easing plan will reiterate the reopening theme," says Rui Ding, an analyst at Citibank.

"The government has emphasised that the exit plan should be cautious but irreversible, and the pace of reopening suggested by these early revelations is indeed careful. Still, for the UK economy, greater detail on an irreversible re-opening is providing GBP with support even at these already elevated levels," says Daragh Maher, Head of Research, Americas, at HSBC.