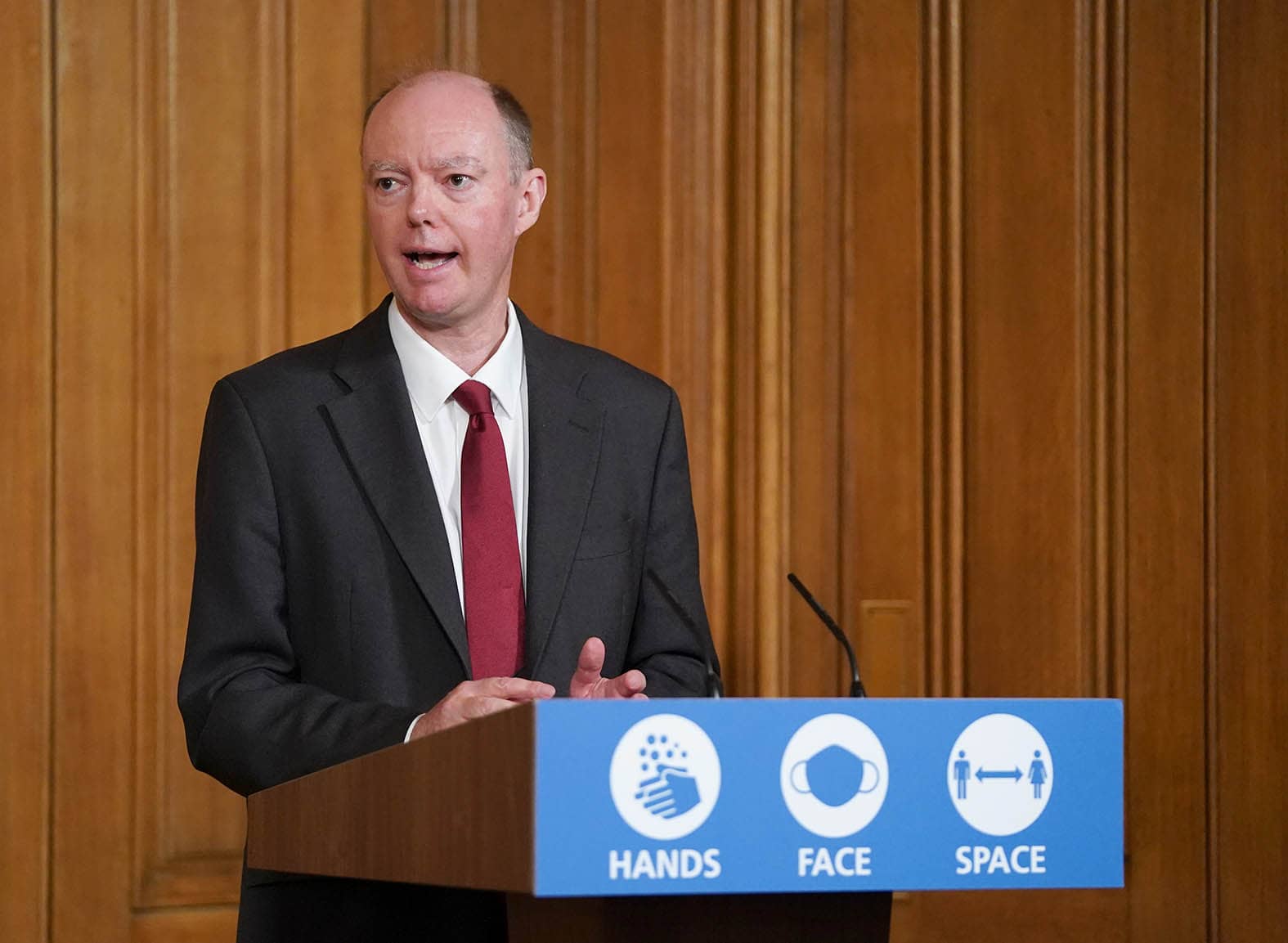 The British Pound is said to face a challenging November amidst fears that a second lockdown in England could trigger an economic slump that will see many businesses close permanently and result in a swathe of job losses, potentially overshadowing any positive developments concerning Brexit.

Prime Minister Boris Johnson on Saturday announced a second national lockdown for England to prevent what he described as a "medical and moral disaster" for the NHS.

Johnson appeared alongside the government's most senior medical advisers Chris Whitty and Patrich Vallance to announce the scrapping of the tiered system of local lockdowns in England in favour of a nationwide lockdown which would be more severe and therefore poses a substantial risk to under-pressure businesses and jobs.

"The pound could be in for a long, hard November," says Martin Miller, a foreign exchange analyst with Thomson Reuters. "It's under pressure as lockdown restrictions tighten in England, uncertainty over Brexit persists and the daily chart points to further weakness."

Johnson said the lockdown would last for one month, however media reports on Monday say the government is in fact expecting it to last into the new year.

According to The Times, cabinet ministers have warned the second lockdown could extend into the new year, with a brief relaxation over the Christmas period. Cabinet ministers told the newspaper they believed it would be “very difficult” to end the lockdown if deaths and hospital admissions were still rising.

"The one-month lockdown for England announced by Prime Minister Boris Johnson this weekend could be extended as Britain struggles to contain a second wave of the COVID-19 pandemic," says Miller.

The Pound started the new week on the backfoot in response to the weekend developments with the Pound-to-Euro exchange rate dropping back from the 1.11 region to 1.1070. The Pound-to-Dollar exchange rate meanwhile retreated back to 1.2877. 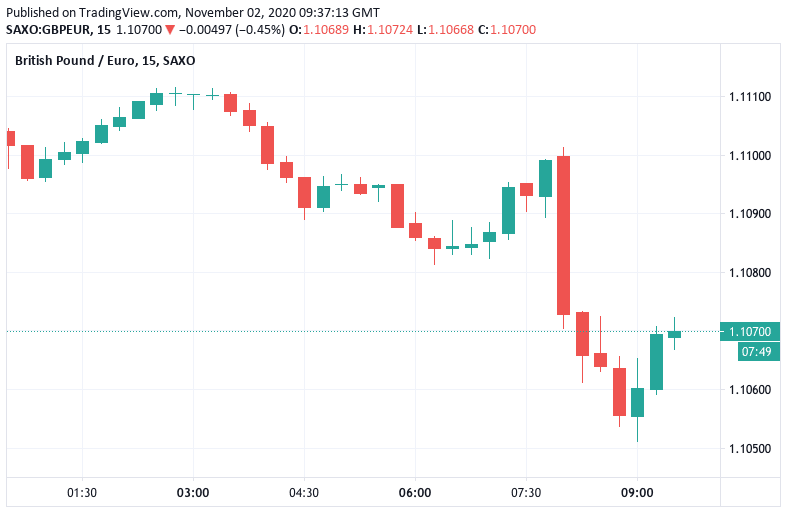 Above: GBP/EUR weakens at the start of the new week. Lock in today's rates for use in coming months if you would like to protect your international payment budget against volatility. Learn more here.

"Sterling has fallen against both the euro and the US dollar overnight. The euro has also slipped against the dollar, which is generally strong despite the uncertainty generated by Tuesday’s election. Although Covid-19 news will probably be the key focus this week, Brexit negotiations will also continue to be eyed," says Rhys Herber, Economist at Lloyds Bank.

The announcement of a second lockdown comes as members of the Bank of England's Monetary Policy Committee are due to meet to discuss whether to cut interest rates lower or boost their money printing programme, known as quantitative easing.

The negative economic impact of the lockdown is being tipped by economists to prompt the Bank into taking action to try and support the economy.

The general rule of thumb is that when a central bank cuts interest rates or increases quantitative easing the currency issued by that central bank declines in value.

Economists at Barclays are expecting the Bank to announce an additional £50BN of quantitative easing that would allow the programme to extend into 2021.

Beyond the near term, Barclays tell clients in a weekly foreign exchange briefing they see risks of significant easing in H1 2021, including a high likelihood of negative rates, a development that would weigh heavily on the UK currency in 2021 if realised.

The timing of the lockdown comes just as progress is seen to be made in the post-Brexit trade negotiations with the EU.

The risk is that the economic carnage caused by a the lockdowns overshadows the positive narrative of any Brexit deal being reached, meaning Sterling finds little support.

However, foreign exchange strategists at Barclays say the positive impact of a deal will still be felt and will ultimately prove supportive for the Pound.

"Encouraging news of a Brexit deal, possibly as early as the first week of November by some reports, should continue to encourage GBP dip-buyers and result in a compression of GBP volatility, in our view," says Nikolaos Sgouropoulos, Barclays.

However, Sgouropoulos adds that "beyond any gap moves on confirmation of a Brexit deal... we expect the GBP’s grind higher to be slow given rising COVID restrictions in the UK and a likely dovish BoE (Thursday)."

"Trade talks continue in Brussels today. EU+UK negotiators now in media block-out tunnel as they hammer out the toughest issues. Public silence is generally seen as a sign of progress - or at least of concerted efforts by both sides. The mood: cautiously optimistic," says Adler.

Weekend reports meanwhile said negotiators were close to breaking a deadlock on fishing rights, an issue that has been widely expected by political commentators to form a final hurdle.

"In a sign that an agreement could be struck by the mid-November deadline set by both sides, a compromise is emerging on the issue of what access EU boats will have to U.K. fishing waters, according to two people with knowledge of the EU side of the discussions," reports Bloomberg.

A potential solution would allow the UK to claim it has won back control of its seas - a key government demand and pave the way for the country’s fishing industry to catch more than it does currently, according to the report

"Significantly, it could defer crucial decisions over the exact quotas EU boats are allocated until a later date - meaning EU boats wouldn’t lose out immediately, and any disagreements over how the catch is divided up in the future wouldn’t necessarily torpedo the wider deal," reads the report.