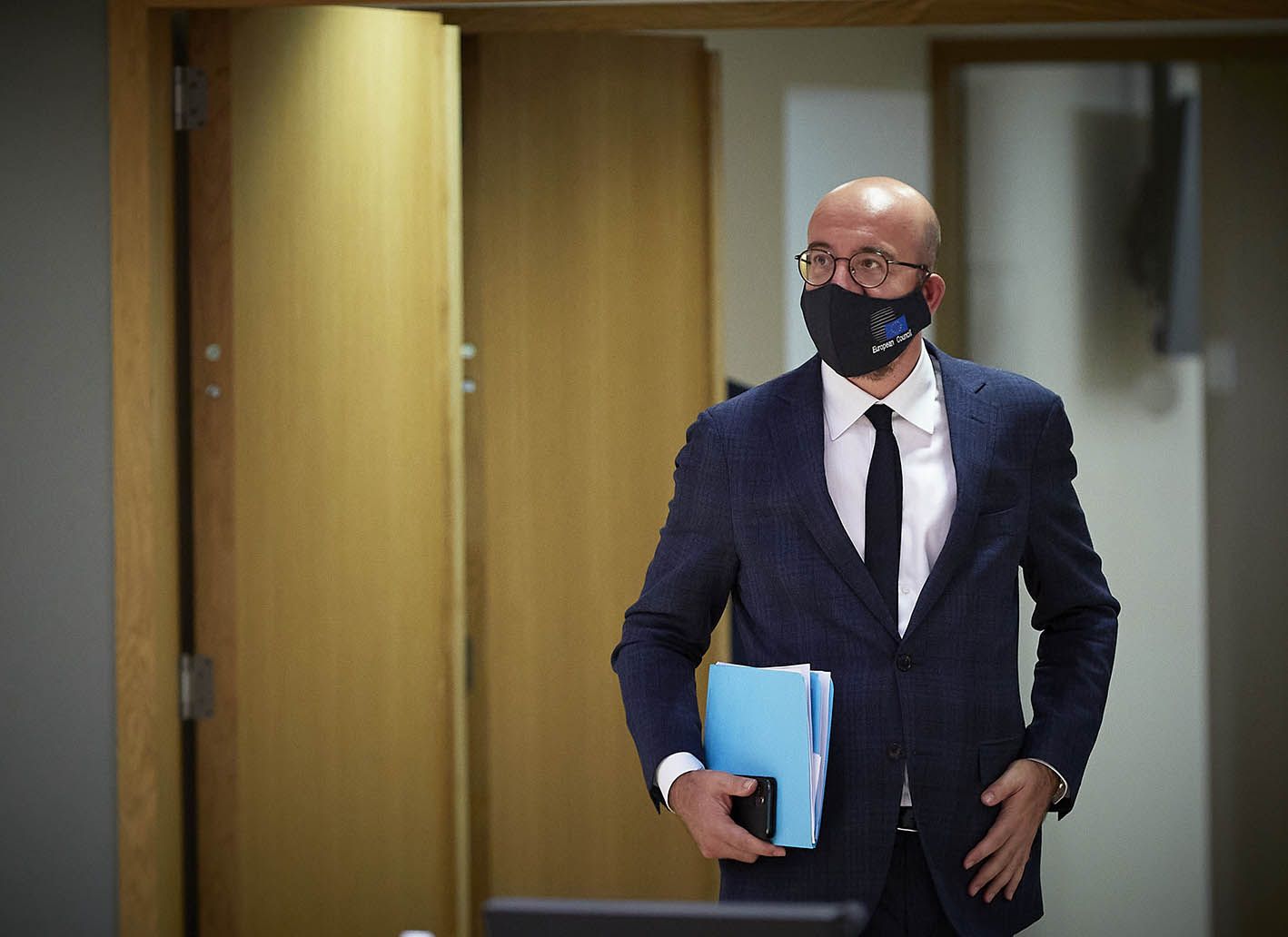 The British Pound pushed higher against the Euro, Dollar and other currencies on Tuesday courtesy of rising investor sentiment and stock markets which confirms the UK currency's ongoing sensitivity to the global picture.

Markets were boosted on Tuesday by news of a deal between EU leaders who agreed €1.8TN in spending, which includes a €750BN rescue fund to deal with the covid crisis, of which €390BN will be made in grants.

News of a deal will be supportive of the Euro over the long run, however because the developments are positive for investor sentiment and therefore stock markets, Sterling is proving to be an unlikely short-term beneficiary.

'Beta' refers to a financial asset's correlation to the wider stock market, in particular the S&P 500: a high beta Sterling is showing itself to be particularly reactive to moves in the S&P 500.

"EUR/GBP tends to trade lower on better risk appetite," says Cahill. This has certainly been in evidence over the course of the past 24 hours when we saw the EUR/GBP exchange rate reverse sharply from a high of 0.9137 to current levels at 0.9028 in response to a rally in the S&P 500 to its highest level since February 24.

The outlook for the broader stock market will therefore be of relevance to Sterling over coming days and weeks, particularly at times when there is little news concerning Brexit and the Bank of England to preoccupy markets.

The Pound was the best performing major currency at the start of the new week - with the gains extending into Tuesday - a move that reflects broadly firmer global equity markets and the observation that the recent sell-off in the currency might have been overdone.

Stocks and the Pound rallied on Monday and into Tuesday on a combination of anticipation for an EU agreement on an economic response to the covid pandemic, as well as calls from the U.S. Treasury Secretary for further fiscal support.

For now Sterling remains prone to the moves of the broader market but we remind readers to be on alert for any unexpected developments on Brexit and Bank of England policy as these will soon once again come to the fore.

In particular, we await Thursday's update on the latest round of EU-UK trade negotiations for signs of progress between the two sides, noting that such a development could prove to be a significant positive for Sterling that could trigger some meaningful gains.

🇪🇺🇬🇧 The agenda for next week’s EU-UK negotiations in London is available online: https://t.co/3bVjvGbNne pic.twitter.com/lhgAL2C93d

"Barnier will hold a press conference on Thursday; get ready for some fireworks, which could hit GBP," says Marshall Gittler, Head of Investment Research at BDSwiss Group.

Another round of talks is scheduled for the week of 17 August, but Gittler notes Germany, which currently holds the rotating EU presidency, has indicated it will not start to concentrate on the trade talks until September.

"The real deadline for a deal is the EU summit in October," says Gittler.

Foreign exchange markets meanwhile remain cautious on Sterling on a concern the Bank of England will cut interest rates to 0% or even below at some point in 2020 in the face of poor economic data out of the UK economy.

"The UK is at a higher risk of having negative interest rates which remain a downward risk to GBP," says Carol Kong, a currency strategist at CBA.

According to Goldman Sachs research shows that should the Bank of England prepare markets for another interest rate cut at their August policy meeting by lowering what they see as the effective 'lower bound' interest rate, the GBP/EUR exchange rate could fall in the region of 1-2%.

"The lagging economic recovery in the UK and looming Brexit deadlines - along with a continued push for a less-ambitious post-Brexit trading relationship with the EU - underscore the case for domestic underperformance," says Cahill.

"The UK must offer international investors attractive yield opportunities to ensure that the budget and current account deficit can be financed in the longer term. How these opportunities are credible in the face of the double whammy of the corona crisis and continued Brexit uncertainty is a mystery to us. We therefore remain sceptical about the pound and don't think that GBP rallies such as yesterday's move are sustainable," says Esther Reichelt, FX & EM Analyst at Commerzbank.