- EUR higher as ECB says inflation trends are on track

- Pound is however seen fending off Euro's advances 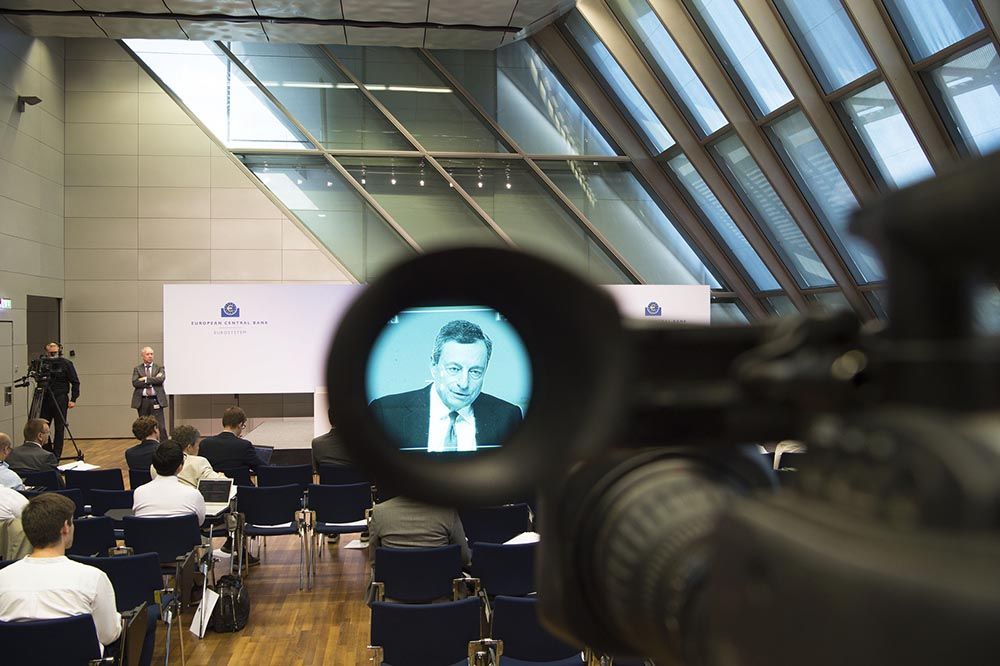 The Euro moved notably higher against the Dollar on Thursday after the European Central Bank (ECB) expressed satisfaction with the trajectory of Eurozone inflation, leading traders to increase bets that a September 2019 interest rate rise is likely.

The bullish assessment on inflation dynamics trumped a set of downgrades to economic growth forecasts and confirm to markets the ECB is unlikely to be swayed in its desire to see rates move higher.

The ECB left all of its interest rates unchanged for September and confirmed earlier guidance relating to the shuttering of its quantitative easing programme.

It was always going to be the economic forecasts that caught the attention of traders.

The gains in the single-currency come despite economists at the Bank having lowered growth forecasts.

The ECB's September growth forecasts are as follows:

We had said ahead of the event that the lowering of growth forecasts would be a potential problem for Euro bulls as we saw this as a negative development in that it could delay a 2019 interest rate rise.

As always in the world of foreign exchange, expectations are never met and the best-laid plans are thwarted.

Analysts are suggesting traders have instead chosen to focus on comments regarding inflation: Draghi says uncertainty around the inflationary outlook is receding i.e. the ECB is confident inflation is making a solid move towards and just above their 2.0% target.

The ECB President expects "underlying inflation to pick up toward end of year, rise gradually in medium term" and we should expect "significantly stronger core inflation."

This solidifies expectations for a September 2019 interest rate rise.

The Euro-to-Dollar exchange rate has moved higher on the comments and now rests at 1.1668.

At the time of writing, the Pound-to-Euro exchange rate is trading a shade lower at 1.1208 confirming Sterling is enjoying enough of its own strength to largely fend off the Euro's advances.

We would caution that much of the advance in EUR/USD might be flattered by the sharp drop in the US Dollar in the wake of disappointing inflation data.

Nevertheless, Euro bulls will take confidence from today's ECB event. The tone struck by Draghi was an optimstic one; often the reaction of the Euro to ECB events depends on nuances and the language and posture adopted by the ECB President can be key.

"Draghi sounded more optimistic than I expected and downplayed the weaker recent data and the second consecutive downward revision to growth. Softer US CPI may have also weighed on USD," says Marc Chandler of Brown Brothers Harriman on his Marc to Markets blog.

Speaking to the press following the ECB's policy announcement Mario Draghi confirmed the Bank will reduce the monthly pace of the net asset purcahse programme to €15BN until the end of December 2018 and that he anticipates that the quantitative easing programme will finally end at this point.

"The Governing Council expects the key ECB interest rates to remain at their present levels at least through the summer of 2019, and in any case for as long as necessary to ensure the continued sustained convergence of inflation to levels that are below, but close to, 2% over the medium term," the ECB says in its statement.

The ECB will go ahead with cutting its monthly bond purchases in half to $15 billion at the end of September before ceasing them entirely in December, although the later part is contingent upon "incoming data" confirming that inflation continues to make a sustainable return to its target.

"The Governing Council intends to reinvest the principal payments from maturing securities purchased under the APP for an extended period of time after the end of the net asset purchases, and in any case for as long as necessary to maintain favourable liquidity conditions and an ample degree of monetary accommodation," the ECB adds, in its statement.

AdvertisementLock in a solid Euro rate now. Get up to 5% more foreign exchange by using a specialist provider to get closer to the real market rate and avoid the gaping spreads charged by your bank when providing currency. Learn more here

"The post ECB positivity around the EUR leg is though limited in scope, as the move higher in EUR/USD was at least equally as much due to weaker inflation news from the US this afternoon.

"We keep a short-term bias for lower EUR/USD to levels below 1.15 intact, while we expect EUR/USD to trough more structurally within 1-2 months from now. Low volatility will remain in the EUR swap rates space, with risks mainly on the upside level-wise."

"The market is underpricing the risk of a greaterdeposit rate rise over the next twelve months. Judging from improving Eurozone inflation dynamics and diminishing labour market slack, we believe the ECB will lift the deposit rate by 10bps in September and December 2019 to -0.20%. The risk is an earlier and larger increase in the deposit rate."

"Given the extent to which the ECB has telegraphed its forward guidance over the past few meetings, it is of little surprise that today’s meeting stuck to the script and set the stage for a gradual reduction in policy accommodation. Against the backdrop of improving inflation dynamics in the Eurozone, the timeline for the reduction in monetary policy has been made quite clear."

"We think the ECB is on safe ground with its near-term growth forecast in 2018 and 2.0%. We fear the 2019 projection, though, is too high. In terms of core inflation, we struggle to see how the ECB can meet its target for 2019 and 2020, but that doesn’t preclude an end to QE or that the deposit rate can be increased marginally towards the end of next year."