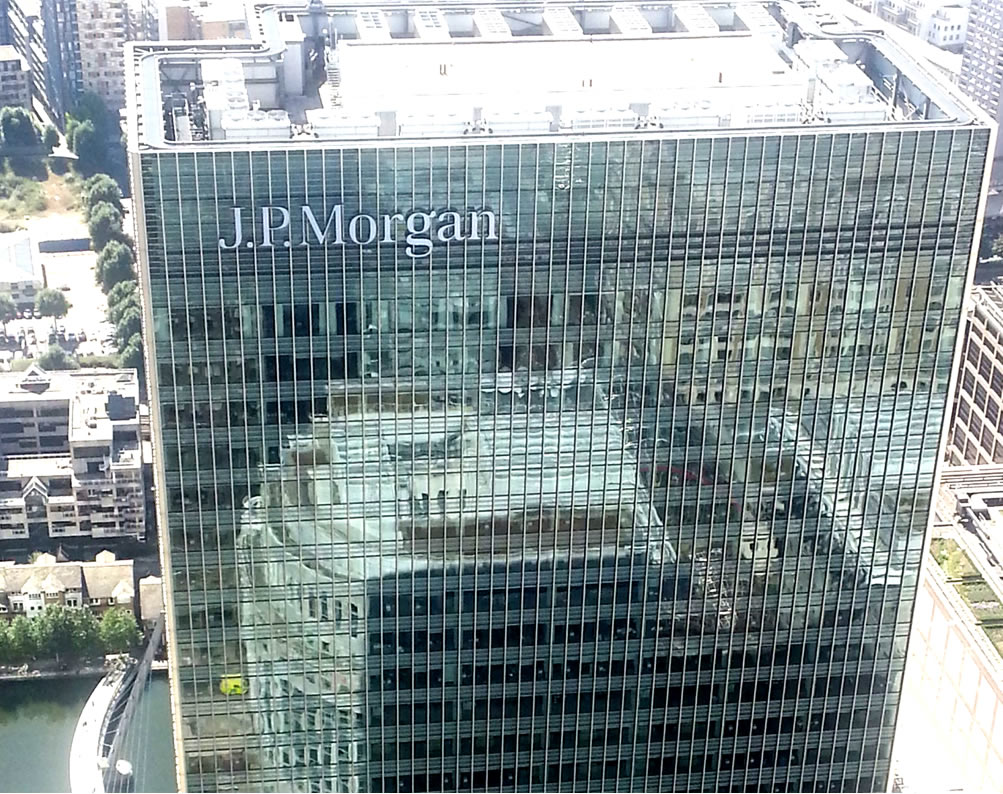 Investment bank JP Morgan have turned more positive on the Euro in the short-term and expect it to rise into the end of the year.

A positive shift in stance comes on increased expectations that the European Central Bank (ECB) is to exit its policy of providing 'easy money' to the Eurozone economy.

The central bank has been quite vocal about winding down their stimulus programme of late, something that JP Morgan and others in the market had not expected.

“Since our last publication a month ago, the ECB has signalled a taper announcement for September, while the Fed has been noncommittal on timing of balance sheet normalization, prompting a Bund-led rise in DM yields which has been EUR-supportive,” says JP Morgan’s Meera Chandan in the latest monthly publication detailing the bank's latest set of foreign exchange forecasts. 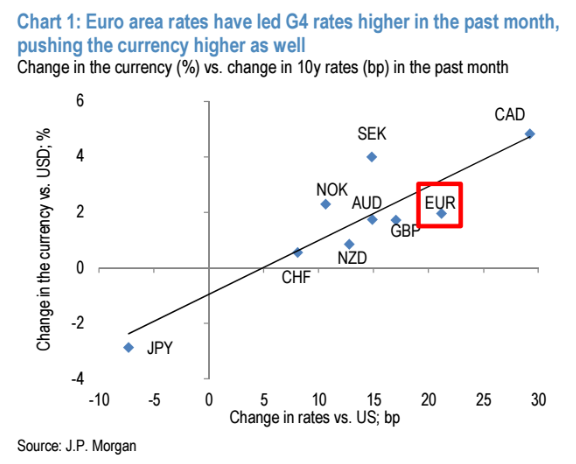 Chandan describes the ECB as displaying an “activist” intent and this warrants a modest upgrade in their forecasts particularly in the short-term.

Recent poor inflation and retail sales data in the US and the less confident appraisal of conditions from the Fed president Janet Yellen before Congress last week has pressured down the US side of the Euro-Dollar pairing.

“Markets appeared better prepared for an ECB taper than for the onset of Fed balance sheet normalisation,” says Chandan.

Politically, analysts at the investment bank argue the Euro has also benefited from the share of vote falling for the anti-euro Five Star party in Italy.

When added to the victory of France's Macron already in 2017, the prospect of political instability in the Eurozone is seen as having been reduced further. 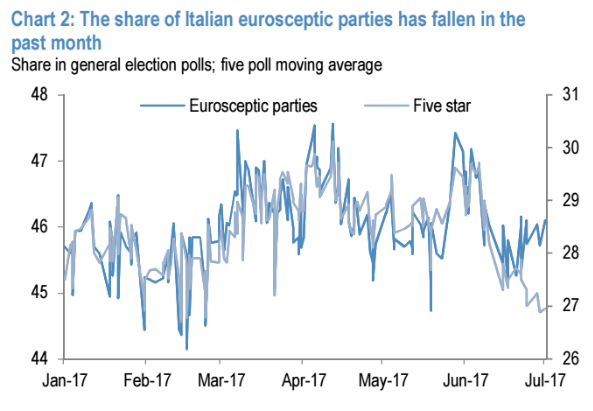 Despite equity inflows falling -  a fact which would normally weigh on the Euro – the expectations of the ECB cutting stimulus has been a stronger driver for the Euro, and this is expected to continue, thus any weakness from diminishing equity flows is unlikely to last.

“Our equity strategists have been of the view that Euro area equities are no longer cheap which could further weigh on the inflows in the coming weeks.

“Into September, the expectation is for ECB policy rather than capital inflows to be a bigger driver of valuations,” said Chandan.

Waves 1,3,5 in the pattern move in the direction of the trend and extend it higher, whilst 2 and 4 are corrective.

The pair has probably just finished a wave 3 which tends to be the strongest trending.

If it is peaking now then it will soon evolve into wave 4 which is a sideways consolidation normally, before wave 5 moves back up again (see chart below). 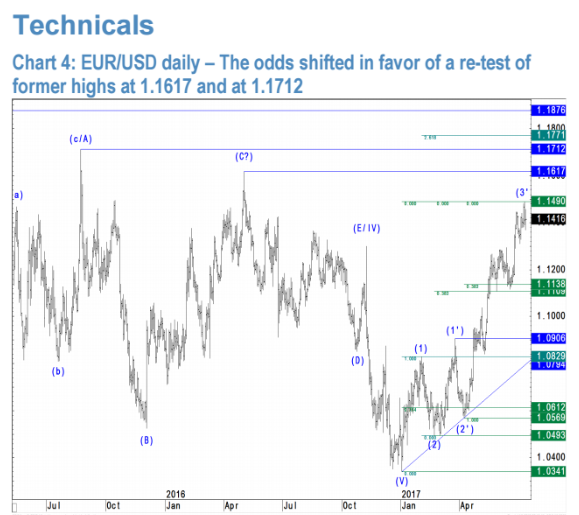 The recent break back below 1.1453, signifies a worrying loss of momentum, however, which, “could be an early indication that a temporary and internal 4th wave setback to 1.1138/09 (minor 38.2 %) could be looming,” said JP Morgan.

A long-term bullish signal would come from a decisive break above 1.1736.

A reversal of the trend lower, however, would require break below 1.09 to gain any kind of credence.

Forecast Targets Against the Pound and Dollar

Previously, JP Morgan thought EUR/USD would pull back to 1.08 but now they see the pair rising to 1.15 (Q3), which is more in line with previous medium term forecast.