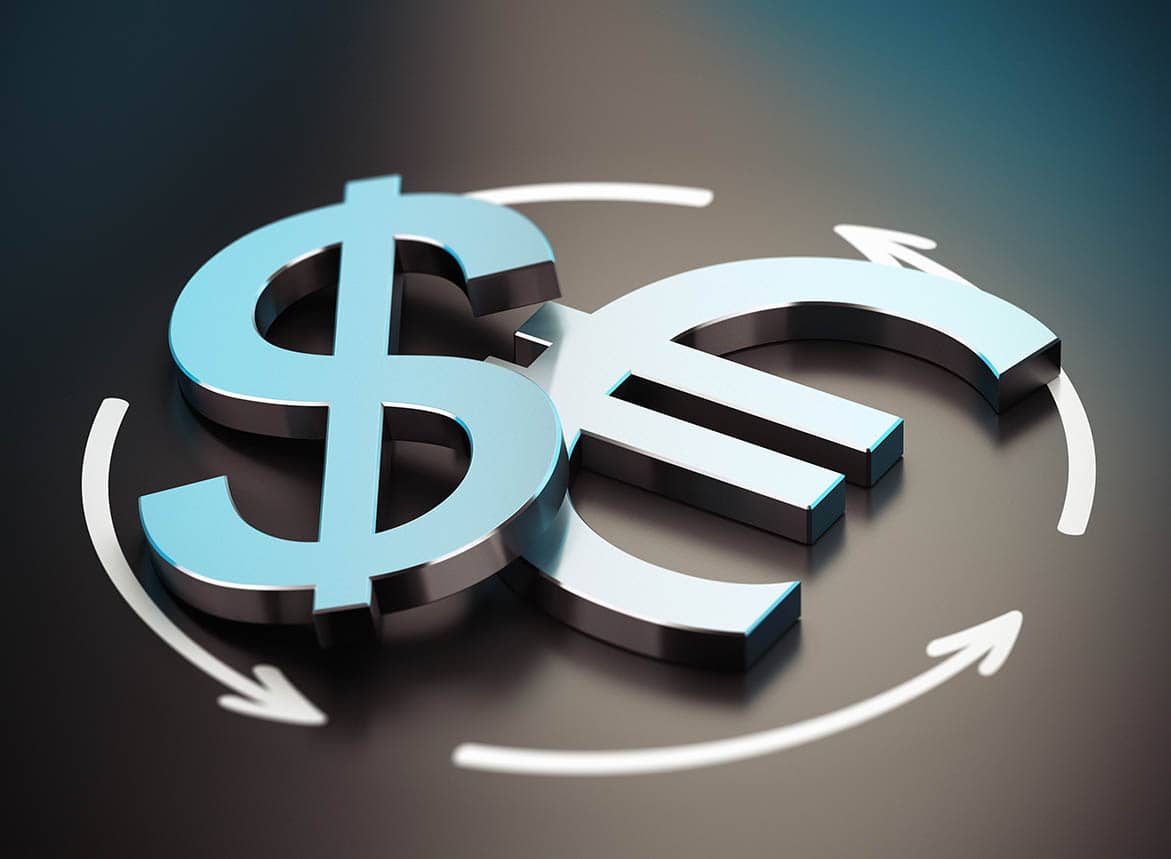 The U.S. Dollar can continue and ensure the Euro stays under pressure, according to new research from Swedbank.

The Scandinavian lender and investment bank says it maintains a forecast for the Euro to Dollar exchange rate (EUR/USD) to remain on course for another test of 1.0.

"The idea that US headline inflation peaking would be enough to relax Fed is wishful thinking. USD longs have been reduced and rate pricing shows less than 50/50 pricing 75 bp hike in September. We see USD stay in demand on carry and the challenging outlook in Europe/China, and EURUSD back to parity," says Anders Eklöf, Chief FX Strategist at Swedbank.

The call comes following a period of relief for the Euro that saw it advance against the Dollar through most of July and the first half of August.

The rally peaked on the back of data from the U.S. that showed inflation rates might have reached their highs, and with them the U.S. Federal Reserve interest rate hiking cycle.

For currency markets, and financial markets more broadly, the Federal Reserve's downshift into smaller interest rate hikes would represent a major moment, as it allows investors to become increasingly confident the end of the hiking cycle is in view. 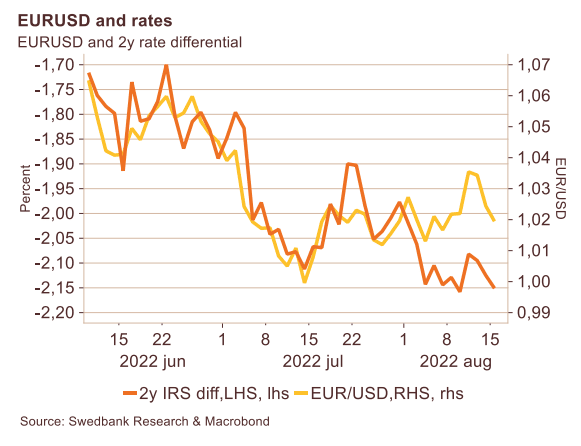 The Fed's hiking cycle has meanwhile been a mainstay of U.S. Dollar strength, therefore its demise could mean a turn in trend for EUR/USD.

"The long dollar position was further reduced last week after lower-than-expected US inflation data. The rate sensitive part of the US economy is slowing but with core inflation running at momentum of 5 percent last 3 month and a tight labour market, Fed cannot relax," says Eklöf.

Economists at Swedbank note the market is currently priced for another potential 75 basis point hike at the Fed in September, followed by further hikes to take the Funds Rate to a peak of 3.6% in early 2023.

From there, it is expected to pause before cutting.

However, "we believe risk if anything is tilted to the upside on that pricing, which should support the USD," says Eklöf.

Regarding the Euro, Swedbank says the challenges for the Eurozone are vast as high cost of living from energy dig deep holes in real incomes and export demand from China seem to remain slow.

They also say there is an obvious risk Germany will run out of natural gas in the winter.

The EUR/USD rally of July-August appears to have faded as Eurozone energy prices ramp up again and a retracement in the exchange rate is underway once more.

"We continue to look for EURUSD revisiting parity in the fall, but acknowledge that USD is dear, and that USD is having some dampening effect on US import prices," says Eklöf.