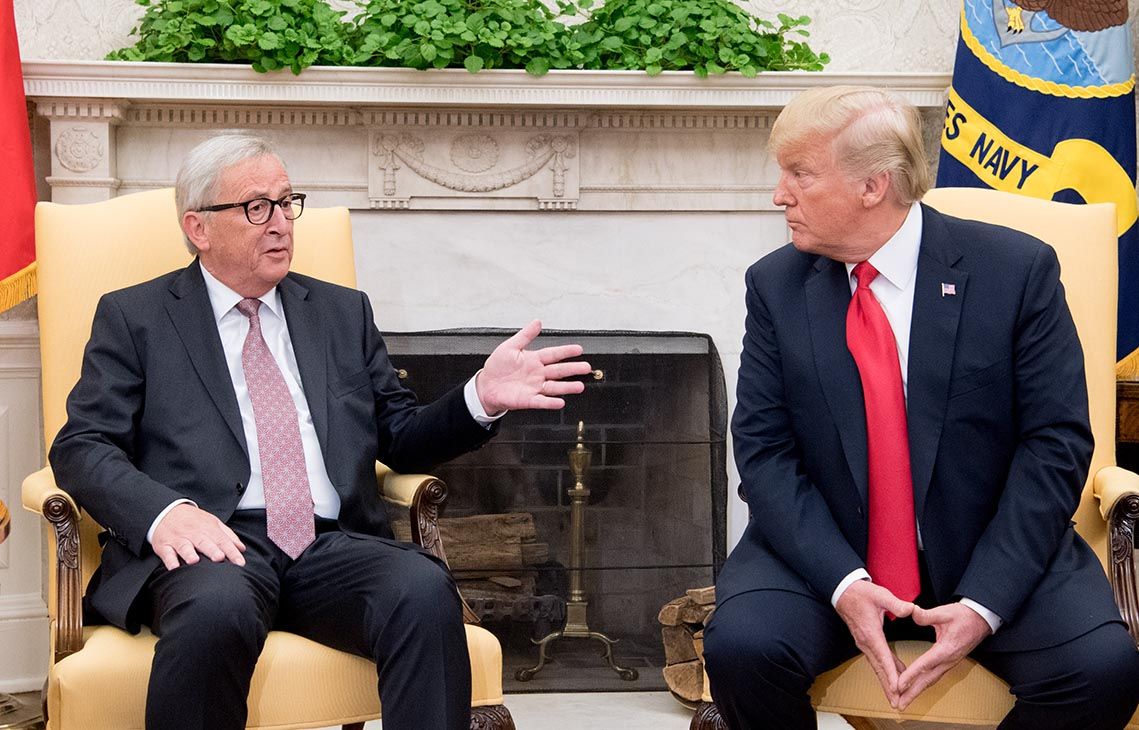 - Comes amid talks over U.S.-EU car tariffs and demands on agriculture.

- Year-end a pinchpoint for EURUSD amid deadline for U.S.-EU deal.

The Euro stabilised Thursday after taking a knock in the previous session when President Donald Trump suggested he might use sanctions in order to prevent Germany completing a controversial gas pipeline between it and Russia.

President Trump told reporters late Wednesday that U.S. officials are "looking at" using sanctions to prevent the contstruction of the Nord Stream 2 gas pipeline that is intended to connect Russia with Northern Germany.

Pipeline concerns have surfaced amid an escalating U.S. trade war with China and as Europe waits to find out whether the White House will use tariffs to shut German and other European car manufacturers out of the U.S. market.

U.S. tariff actions have been presented as an effort to correct "unfair" trade practices among competitors but there are in both instances, clear concerns on the part of the U.S. about the rising geopolitical influence and ideology of China and, to a lesser extent, the European Union.

"Just after the London close, Trump took pot shots at China, Mexico and Germany. The main market impact came from his comments on Nord Stream 2," says Elsa Lignos at RBC Capital Markets. "EUR/USD dipped on the headlines and continued lower through the NA afternoon (spot 1.1294). Germany was also back in Trump’s sights for inadequate NATO spending." 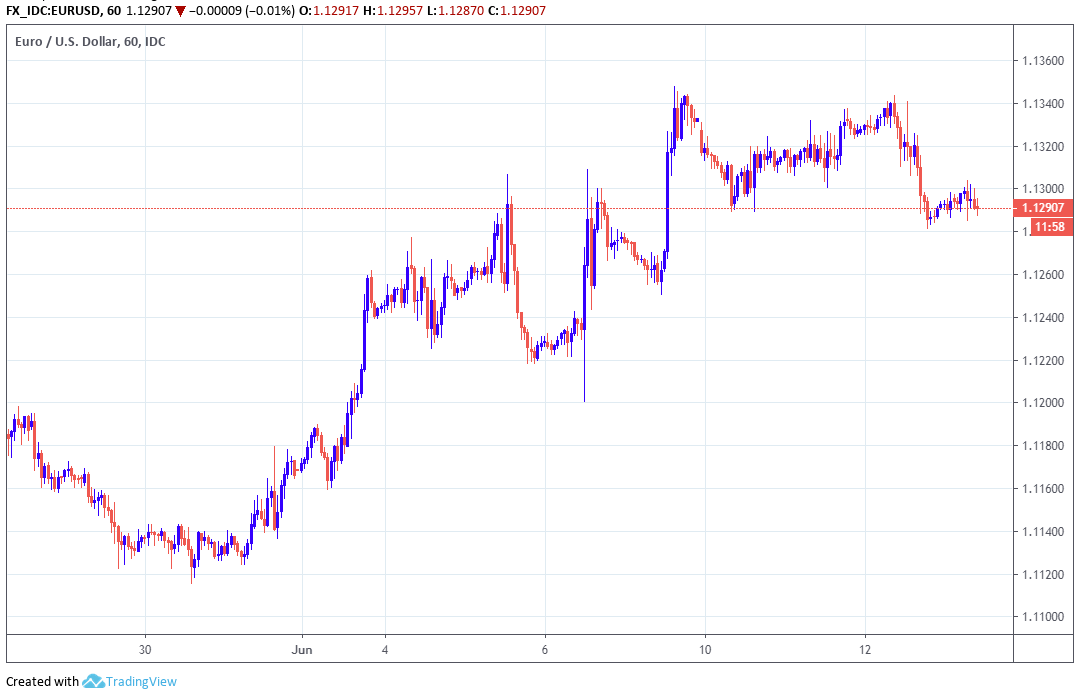 "We’re looking at it. Look, people have a right to do what they want to do," Trump says. "I’m the one that brought up the pipeline problem where you have Russia giving a tremendous percentage of energy. You know this gas is going into Germany...we’re protecting Germany from Russia. And Russia is getting billions and billions of dollars of money from Germany."

The Nord Stream 2 pipeline runs for 1,230-kilometres, through the Baltic Sea and into Germany. It is intended to provide an alternative to declining domestic gas sources for the Germans and other European Union countries, only the gas will obviously come from Russia.

Trump's comments came in response to a direct question from a reporter during a press conference that followed meetings with Polish President Andrzej Duda.

"Germany is paying 1 percent; they should be paying 2 percent.  They should really be paying more than that.  But we’ll see how that works out," Trump says..

The remarks speak to concerns about security in Europe and the Transatlantic alliance, as well as ambitions of flogging U.S. liquefied natural gas (LNG) and military equipment on the continent.

American LNG is said to be more expensive and much more cumbersome to deliver to its end destination than Russian gas. But it's a big growth and export opportunity for the U.S., as well as a tool through which the White House might be able to constrain the influence of the geopolitical rival that is Russia.

"We have something much better.  We have tremendous LNG — liquefied natural gas.  And a lot of the European countries are wanting it," Trump says. " I mean, tremendous amounts are being sold to different places all over the world, but also to Europe.  And I think that’s really the way." 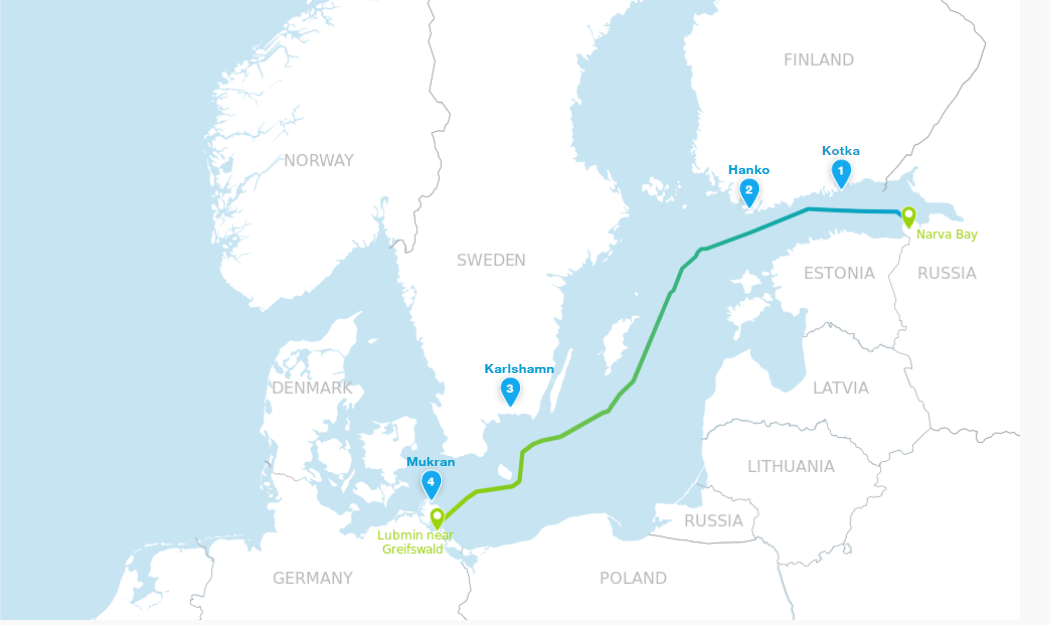 President Trump's comments serve as a timely reminder that Europe's single currency is as much at risk from a Mercantilist White House as the Chinese Renminbi, which has been badly damaged in the last year by U.S. tariffs that are seen as being as much about stemming the geopolitical rise and development of China as they are about righting its allegedly unfair trade practices.

"I do think this: And I would say, hopefully, nothing will happen.  Nothing negative.  Hopefully, we’re going to have a great relationship with Russia, great relationship with China and with Germany, and everybody else.  But I do think that Germany is putting themselves at a tremendous disadvantage when 50, 60, or 70 percent of their energy is being supplied by Russia.  I don’t know how you can do it," Trump says.

Trump has imposed tariffs of 25% on $200 bn of goods imported from China each year and is threating to target the rest of its $300 bn trade with the world's second largest economy. And it's also recently begun using a 'blacklist' to shut China's telecoms titan, Huawei, out of the U.S. market. Increasingly, analysts are saying the tariff fight looks like a declaration of economic war that's intended to impede the development of China as an economic and geopolitical power.

"Germany’s view is Russian energy is cheap and nobody tells it what to do in the ‘liberal world order’; the US view is you can’t rely on gas from Russia, and be scared of it, and demand US protection from it, and not pay 2% of GDP for your own defence. Washington would prefer 2% of GDP spent on US arms and purchases of US gas (albeit at higher prices). In short, freedom is neither free nor cheap," says Michael Every, a strategist at Rabobank. 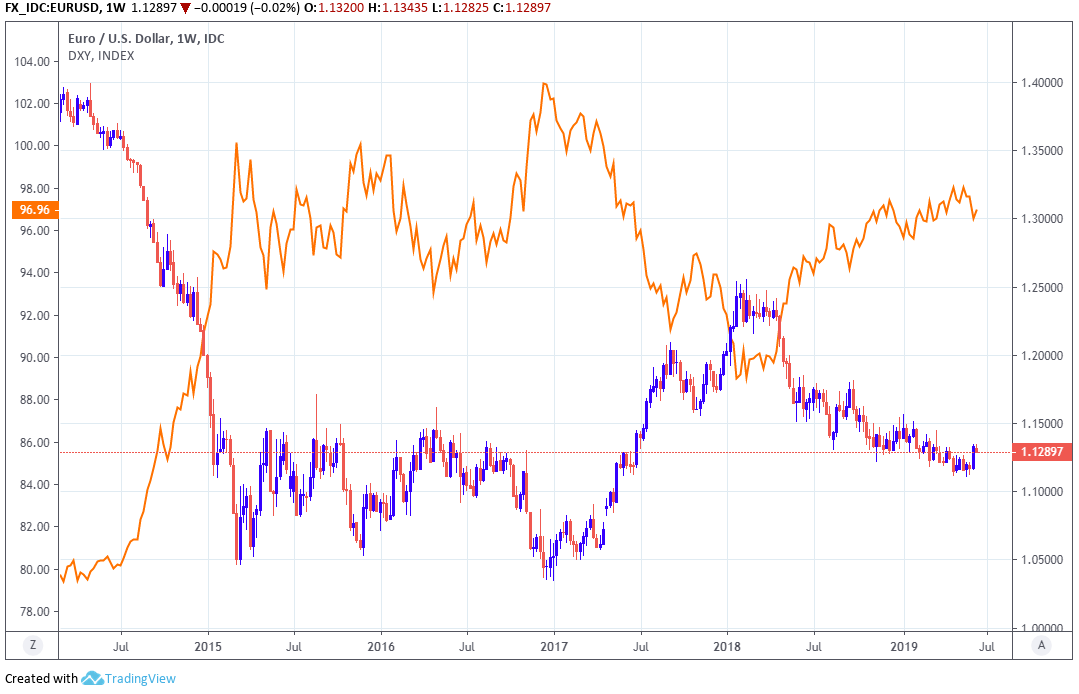 President Trump delayed in May, the imposition of tariffs on European Union car exports to the U.S. for a period of 180 days while negotiators attempt to thrash out a deal that will address U.S. concerns about trade imbalances between the two continents. However, the Americans have made clear they want access to the European Union agricultural market as well as lower European tariffs on imports of U.S.-made cars, which is seen by analysts as a highly controversial and politically impossible demand.

The European agricultural market is protected by high tariffs and stringent regulations that keep cheaper American products out of the continental food chain, particularly when it comes to meat and vegetables. Foods made from genetically modified seeds are unpopular among voters and meat that's been washed with high levels of chlorine is kept out of the market because some say such a practice enables poor hygene standards in the supply chain.

Existing U.S. demands on trade could yet prove to be an insurmountable obstacle to a deal with European Union officials and national leaders, which is a risk to the Euro that's been bubbling away on the back burner for a while now.

And if the U.S. is becoming more coercive in pursuit of its geopolitical and economic goals, by using sanctions or other measures to impose itself on Europe and China, there's no telling what could be in store for the Euro at year-end, which is the deadline for talks  to produce a deal that averts tariffs on cars and potentially other products.

"Calling for an imminent and pronounced EUR/USD upside break from here may be premature as the ECB is unlikely to stand idle if and when the Fed eases," says Petr Krpata, a strategist at ING, in a recent note to clients. "There is still President Trump’s decision on the EZ auto-tariffs to be made. As per 'World trade heading for the worst year since 2009', our trade team believes the auto-tariffs will be imposed in 4Q19, which also limits the EUR/USD upside."