- GBP/EUR has stalled after an uninterupted run of 11 updays

- More upside is likely thereafter, however, as the top of the range at 1.1550 beckons

The Pound-to-Euro is pulling back, and it is probably about time.

The pair has risen for 11 consecutive days since the March 7 lows, which statistically is a rare achievement, even in the world of financial markets where extremes are more common than in other phenomena.

A correction rather than a reversal is the most likely outcome, we think.

The current loss of momentum is probably simply due to traders taking profit after the run higher rather than due to a deeper malaise. 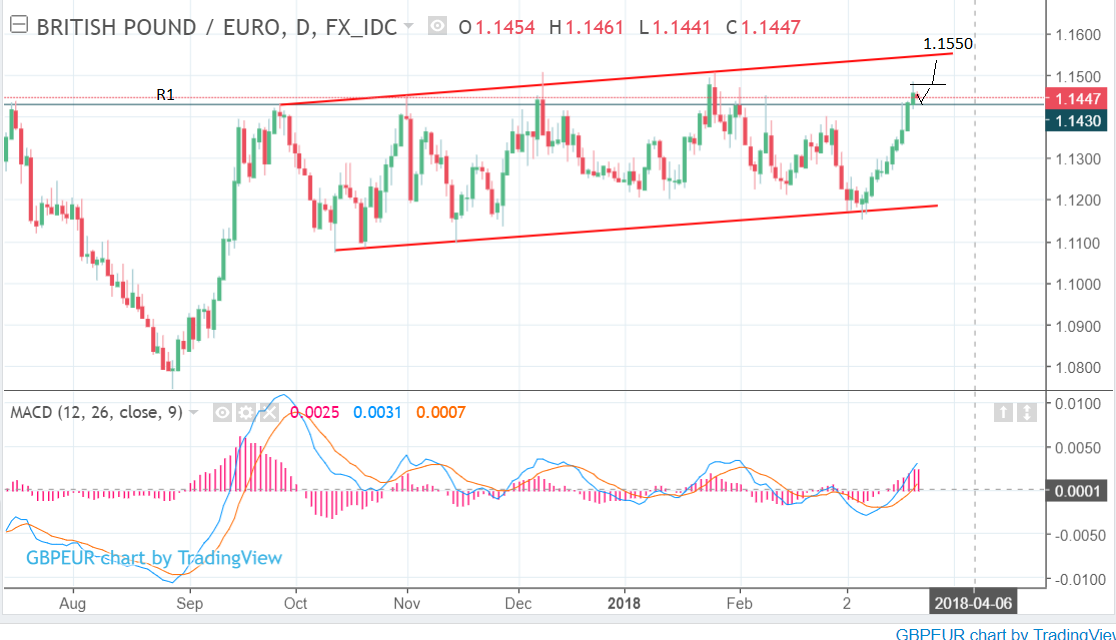 In addition, several key events including the BOE rate meeting later today and the EU summit tomorrow to vote on Brexit implementation, pose a threat and the current loss of upside probably merely reflects the fact traders are doing the sensible thing and taking profit before one of these events might spoil their wins.

It can probably be safely assumed that GBP/EUR has now successfully broken above the R1 monthly pivot at 1.1430 (grey line on chart above), which was barring the way higher yesterday (March 21), after it broke through and then peaked well above R1 at 1.1481 highs, which is over half a cent above the pivot.

Our position was also, and remains, that a break above 1.1470 would confirm a clearance of the pivot and give a green light to a continuation up to the range highs of 1.1550, which is still our next upside target for the pair.

It seems most likely, therefore, that the pair will pull-back to the level of R1 at 1.1430 and find support there, consolidate for a while and then start rising again in line with the dominant uptrend.

What often happens in financial markets is that levels which have obstructed gains but which finally give way - like R1 - turn into support levels on the way back down, similarly acting as obstacles to the path of the downtrend as they did to the uptrend - making levels indiscriminate, you could say.

After that, the range highs will present a further tough obstacle to the uptrend.

Eventually, however, once the pair has finished going sideways it will,probably, break higher and exit the range to the upside; we think that more likely than a downside breakout.

This is for three main reasons. Firstly, the trend was up prior to it going sideways so is more likely to continue going up afterward. Secondly, a hard Brexit is highly unlikely in our opinion as it is viewed as catastrophic by most politicians so they will do everything to avoid it; thirdly it would not look 'right' if the pair were to breakout lower and return to the vicinity of the post-referendum lows - the look and feel of the chart strongly favours a continuation higher rather than a breakdown.

Thus, eventually we expect a clear break above the highs, which for us would be confirmed by a move above 1.1620, which would then lead to a run-up to the next target at 1.1770, the minimum price objective calculated using the traditional technical method for forecasting breakouts, which is to take the golden ratio (0.618) of the height of the range and extrapolate it higher from the break. 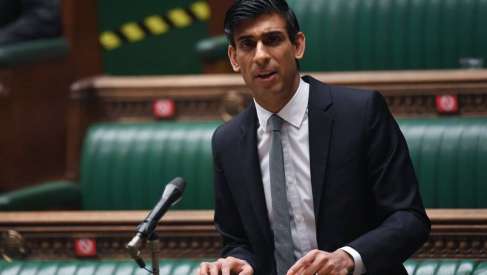