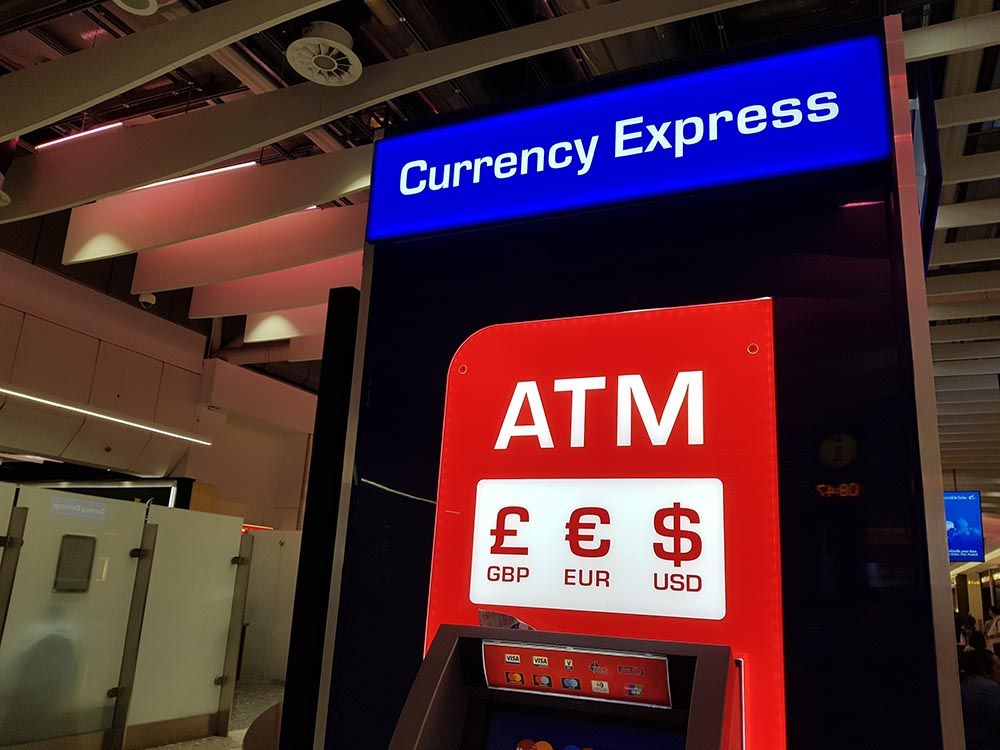 The British Pound is forecast to reach highs last tested in early 2020 before a multi-week run higher fades and potentially reverses, according to a leading analyst we follow.

He says the Pound-to-Euro exchange rate (GBP/EUR) faces little significant resistance on the charts while investor interest in the currency continues to build.

"The pound has rallied since Brexit and has seen that rally strengthened by the success of the UK's Covid-19 vaccination programme," says Boulton.

"Traders have been slow to buy pounds. They're bullish now," he adds.

The observation comes as new data shows foreign exchange speculative investors have ramped up their bets for further gains in the British Pound to levels last seen in April 2018, which some analysts warn is a potential signal that the currency's strong run is about to end.

A long position means that the market is in aggregate betting for gains in the Pound.

"The GBP net long has replaced the JPY as the second largest currency bull bet in these data," says Shaun Osborne, an analyst with Scotiabank. 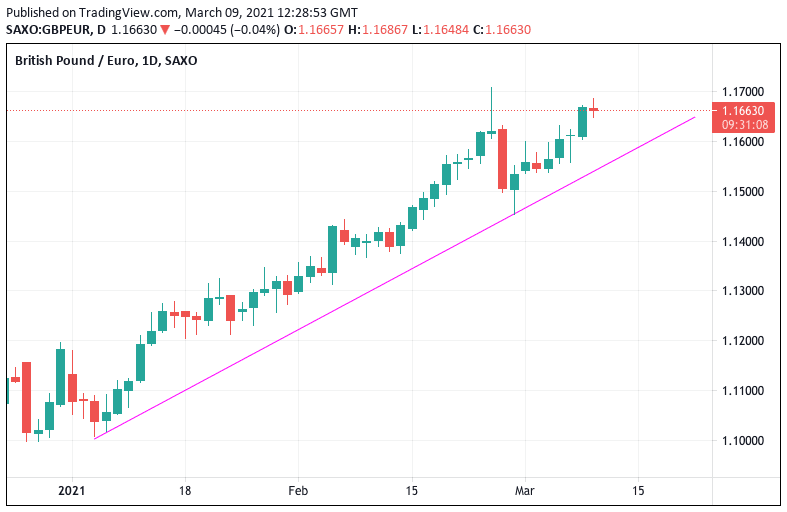 Above: The uptrend in GBP/EUR

Based on technical research, Boulton says further gains are possible in the pipeline: "the Pound is likely to reach 1.2000 versus the euro before the rally loses steam and it turns lower".

He add that there's a "high probability" the pair breaks to the 2021 high soon, "forcing a greater adjustment of bets that will drive the pair even higher".

The 2021 high is located at 1.1710 and forms a near-terms source of resistance that could stifle the advance of Sterling bulls, however a successful break would potentially lead to easier gains to the 2020 highs.

A successful break of this level however brings in view a "likely target" at 1.20, according to Boulton, "which is a point where those not speculating will sell."

Karen Jones, Team Head FICC Technical Analysis Research at Commerzbank says the Euro is likely to remain under pressure against the British Pound while supported by the 20-day moving average located at 1.1556.

Jones says that as long as GBP/EUR is supported by the 1.1280 level "overall attention" will remain to the upside.

The Pound-to-Euro exchange rate has been a particular beneficiary of the vaccine trade, given the sizeable gap between the Eurozone's vaccination programme and that carried out in the UK.

However, some analysts are expecting the Pound to run out of fuel before long as they see much of the good news surrounding the currency as already being 'in the price'.

"We think much of the optimism around the UK's rapid vaccination rates and resultant re-opening strategy is now in the price for GBP," says Matthew Hornbach at Morgan Stanley.

Without any new fundamental good news, the view is therefore that Sterling upside might fade and an ambitious target of 1.20 GBP/EUR might be difficult to achieve.

"The key driver of GBP's sharp appreciation over the past couple of months - the UK's successful vaccination campaign - was starting to lose its relevance for the currency as the vaccination gap vs Developed Markets was starting to reverse," says JP Morgan Paul Meggyesi, an analyst with JP Morgan.

JP Morgan say the pace of vaccination will make little or no difference to the relative performance of the UK economy over a multi-quarter horizon as most countries will get to a position of herd-immunity soon enough, presumably towards the summer.

"GBP appears to be buoyed by the UK’s relatively swift vaccination rollout, and by the MPC ruling out near-term negative rates at its last meeting. As others catch up, its momentum may slow, so we are not yet minded to make major changes to our GBP forecasts," says Economist Philip Shaw at Investec.

"EU countries have continued to make steady progress in increasing their vaccination rates in recent weeks, with the bloc delivering over a million doses a day as of 8 March, almost twice the rate at the start of February. Progress still significantly trails that of the UK and US, but the gap is closing," says Christopher Graham, an economist at Standard Chartered.

"With new vaccines coming online and supply expected to pick up further in the weeks ahead, it should continue to close," he adds.