- Any recovery in Dow Jones Index unlikely to be sustainable

- Safehaven's like the Yen to be favoured in FX sphere

The U.S. stock market rebounded over the new year after plunging for most of the final quarter of 2018, but this recovery will not last, says one analyst who correctly predicted the start of the original decline in October.

“Suffice to say I think this bull market is done and we have entered a long, long bear market down,” he says, backing up this theory with arguments using a complex form of technical analysis called Elliot Wave theory.

Elliot wave theory relies on the correct determination of an asset price’s ‘wave count’ and thereby the probable direction of the next move because Elliot waves move in predictable repeating patterns. The Dow’s wave count still favours an extension lower, according to Glynn.

The Dow is in the minor wave (iv) of a broader wave 3, with wave (v) down poised to go.

Either that or it is in a larger wave 4 of the master wave down from the October highs - as shown in the chart above.

Regardless of which interpretation is right, both indicate more downside on the horizon and deeper lows.

“3rd wave down still underway. I think we will break below the 22k level and push down to the higher 20ks,” says Glynn, says Glynn on his weekly update video.

An analysis of the current recovery already shows inherent vulnerabilities. It is a 3-wave move on the hourly chart which is showing ‘failing momentum’ (circled below) on the third ‘c’ wave higher, and therefore looks prone to breaking back down, says the analyst.

More mainstream technical indicators are also alining bearishly - the pair has broken below both the 50 and 200-day moving averages and has pierced the neckline of the head-and-shoulders topping pattern.

A possible fundamental catalyst for the recovery could be the introduction of regulations requiring pension fund managers to rebalance their portfolios at year-end, says Glynn drawing on the views of Karl Derringer, an analyst at Market-ticker.org.

Pension fund managers had recently been rumoured to have been pulling out of US stocks and investing heavily in bonds (and this could have contributed to the sell-off) but the latest low might have been seen as a ‘buy-the-dip’ opportunity by many of them.

Regardless of the fundamental cause for the rebound, Glynn thinks it’s a ‘fool’s rally’ and will not last.

“It is a three wave dead-cat bounce, this bear market is only beginning and I think it will retrace very quickly. Next week I am looking for a fifth wave down,” he argues.

Negative about the Dow Longer Term

The Dow Jones industrial average recently topped at 26,951 at the October 3 highs before falling dramatically to its recent 21,713 Boxing Day lows.

The index has now entered a steep, long-term, bear market, which will probably last several years and take the Dow all the way back down to the 15000-18000 region where it was in 2015, according to Glynn.

Glynn originally forecast the start of a major, longterm, downtrend back in late October, and so far his prediction had come true.

His forecast is based on an analysis of the market using Elliot waves which rationalise price action into 5 and 3 wave repeating patterns of buying and selling.

The chart below shows an idealised Elliot wave cycle as well as a guide to where the Dow is currently. These cycles repeat over time giving analysts who use them an edge in forecasting the next turn. 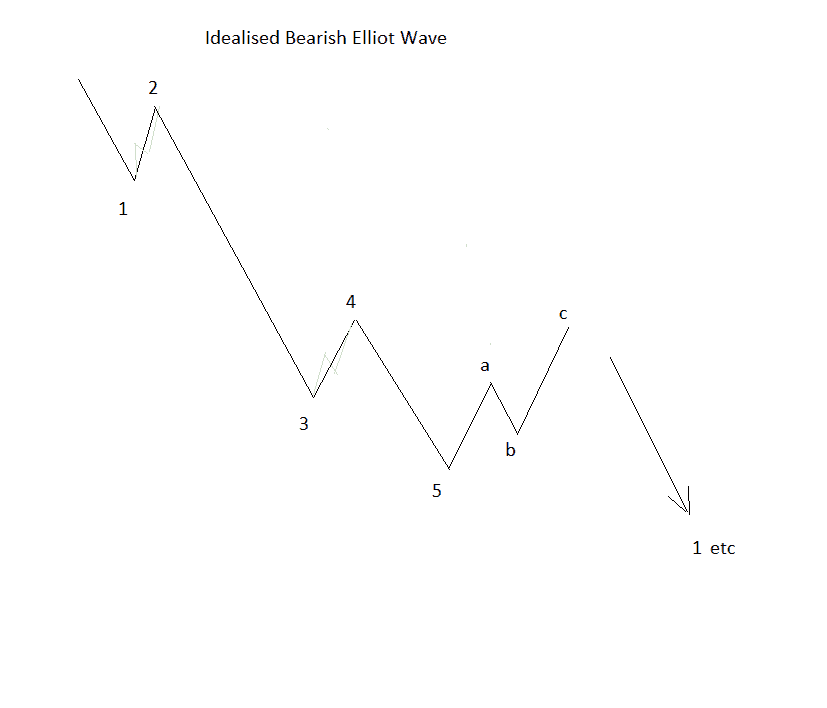 Indeed the Yen has already undergone a strong recovery versus the US Dollar on the back of the decline in US stocks and this would be expected to continue if there is further weakness in the Dow. 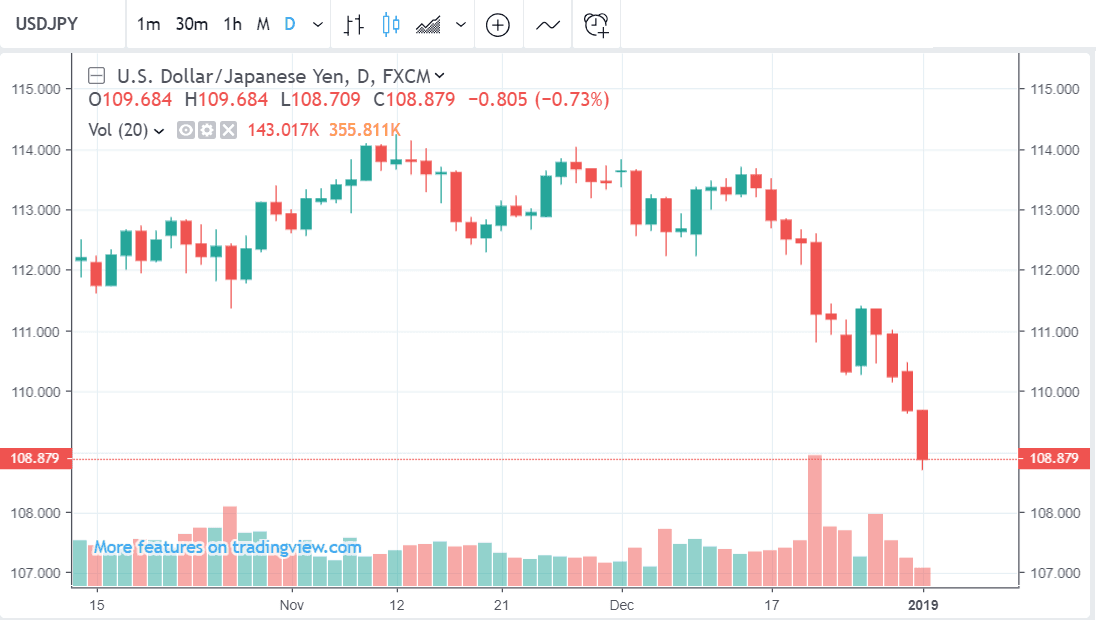 The bear market in stocks, however, is just the first phase in a much deeper financial crisis which will impact negatively on the whole global economy. In such a scenario safe-haven currencies and gold will be the assets more likely to appreciate, whilst the US Dollar might well depreciate - although Glynn himself is bullish the U.S. Dollar.

"If I am correct this time, then we can kiss goodbye to not only the bull market but also world economic expansion," says Glynn. "And this time there is no government backstop left to tap into. The banking system is going to go down hard, so will government revenues."