The Canadian Dollar rose broadly on Friday, keeping it at the top of the class for 2021, after an earlier corrective dip was bought and the Loonie aided in its upward endeavour by a strong March job report.

Canada's job market indicated again on Friday that its recovery from pandemic-inspired 2020 losses has not been derailed by renewed waves of coronavirus infections and the resulting measures used in attempts to contain the disease.

North America's second largest labour market created or recovered from the coronavirus some 303.1k new jobs in March, Statistics Canada revealed, the largest increase since September which far overshot a consensus that was looking for an already-strong 101.5k.

That pushed unemployment down from 8.2% to a pandemic era low of 7.5% when consensus was looking for a decline to 8%, although it remained above what would be considered pre-pandemic norms and there were still around 1.5 million Canadians unemployed as a result of the pandemic last month.

"With stricter public health orders again necessary to curb the virus' spread in many parts of the country, there's reason to believe at least some of this progress will be reversed in the near-future," says Rocye Mendes, an economist at CIBC Capital Markets. "The Canadian dollar is trading stronger and yields have moved higher following the release of the data, but some of this information should be considered 'old' news' given the recent turn of events." 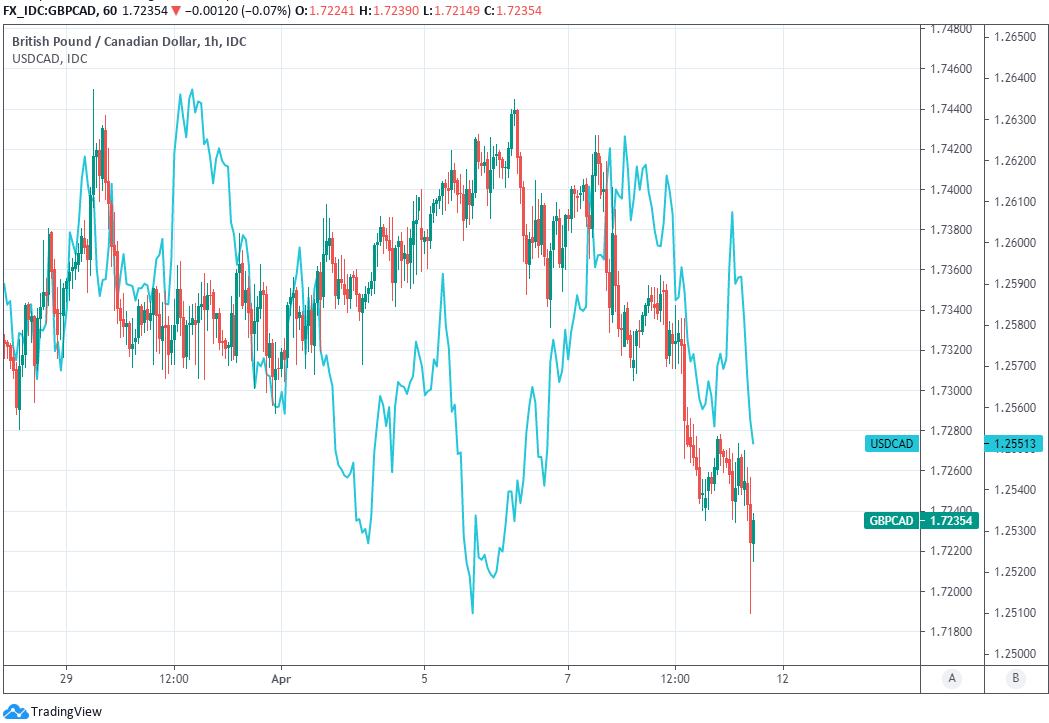 "Employment among the hardest hit hospitality sector industries improved largely as expected given easing virus containment measures in March," says Nathan Janzen, a senior economist at RBC Capital Markets. "The rest of the economy broadly has continued to recover since the spring of last year, including through the second wave of virus spread and containment measures over the winter. That is likely to be true through the third wave as well."

Canada has recovered or replaced around half of the roughtly three million jobs lost for coronavirus related reasons during the last year, indicating meaningful progress that helps to explain the Canadian Dollar's Friday position as the top performing major currency of 2021.

There's still some way left to go in picking up the pieces however, and more so in light of a third wave and resulting new restrictions including in the country's largest province Ontario, home to more than one third of Canadians. But the economy has grown in resilience to these measures and RBC's Janzen said Friday that activity should rebound quickly as the threat fades.

"Several sessions have been marked by USD selling, but I really don’t think there’s much behind it other than position adjustments," says Bipan Rai, CIBC's North American head of FX strategy. "We are expecting a move to the 1.30 level at some point and prefer to position for this on dips below the 1.25 mark."

USD/CAD turned lower enthusiastically from near the week's highs following Friday's data but was lifted previously by investors profit-taking on earlier popular wagers that favoured currencies like the Loonie and Sterling more than others. 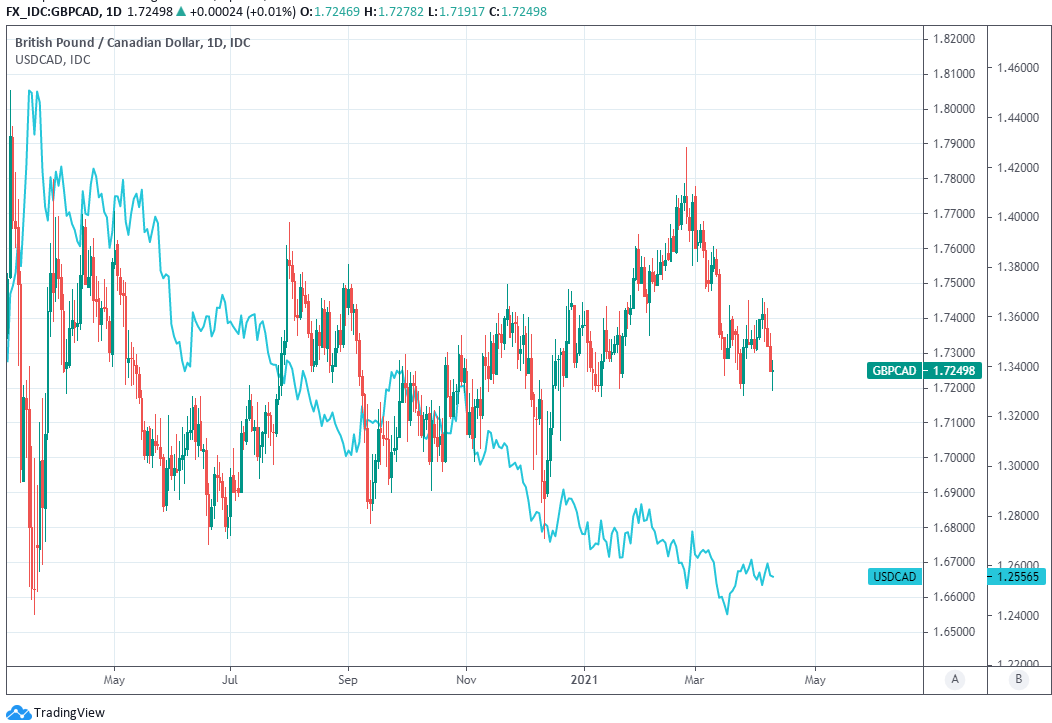 The Loonie's Friday recovery helped push the Pound-to-Canadian Dollar rate into a retest of 1.72 handle and the bottom of its recent trading range.

"The backup in spot USDCAD triggered our financial factor model to initiate a short signal that it is still holding on to. The model acts independent of our views and sometimes we disagree with positions the model takes, but that is not the case here. We think USDCAD is a sell above 1.2600 and that it is likely to make another run at the 1.24-handle over the next week or two," says Greg Anderson, global head of FX strategy at BMO Capital Markets.

Canada's Dollar outperformed other major counterparts on Friday while the other oil-linked currency within the G10 bloc, the Norwegian Krone, underperformed. This was as the week's trends turned on their heads, although those were themselves partial reversals of earlier popular trades and trends.

The biggest risers have been 'high beta' European currencies like the Swedish Krona and Polish Zloty with gains that may have been connected to profit-taking on bets against safe-haven and simply low-yielding currencies like the Euro, Swiss Franc and Japanese Yen. Those were all found littering the mid section of the major currency rankings this week, while Sterling, the U.S. and Canadian Dollars vied for the bottom.

"USDCAD has a lot of work to do in order to rally in a meaningful way," says Juan Manuel Herrera, a strategist at Scotiabank in a Tuesday note. "GBPCAD has managed to hold noted support around the 1.72 line (beyond a minor, intraday infraction of the 61.8% retracement support through late March). The GBP reacted positively to that test, forming a bullish outside range reversal." 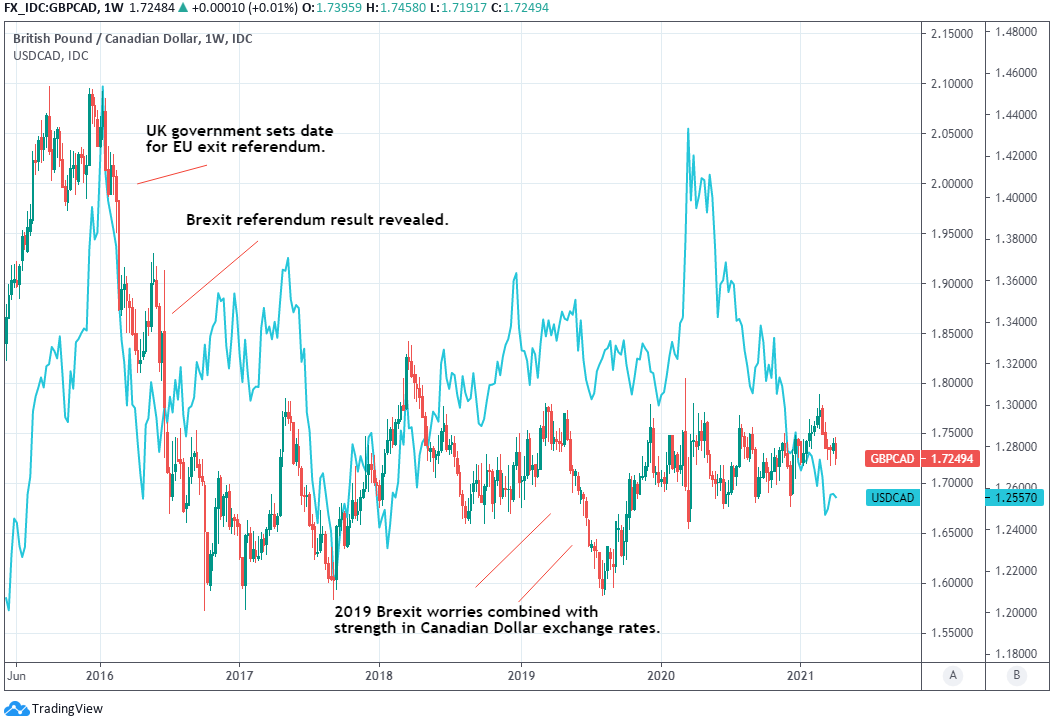