The Canadian Dollar advanced 2.45% against the U.S. Dollar in 2020, however the currency was in fact one of the worst performing major currencies of the year, declining against the Euro, Pound Yen and all commodity-focussed currencies.

But, outperformance beckons according to a monthly foreign exchange forecast note from NBC.

"The Canadian dollar closed 2020 near a three-year high versus the U.S. dollar. Though loonie appreciation has been driven mainly by widespread weakness of the USD, we expect the next leg of its appreciation to be fuelled by commodity prices," says Stéfane Marion, Chief Economist & Strategist, National Bank of Canada in Montreal.

The implications of a Canada-specific driver as being a potential driver of Canadian Dollar gains suggests outperformance could stretch beyond the Dollar and emerge against those currencies it lost ground to over 2020. 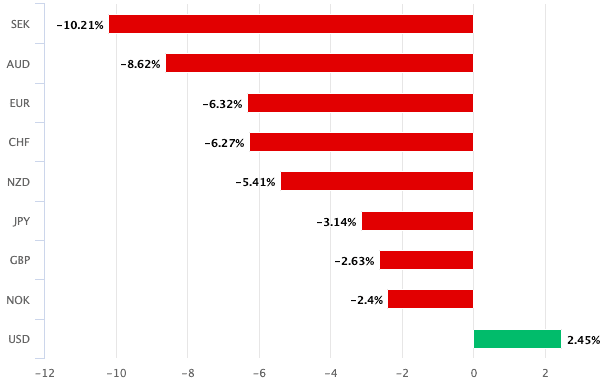 Above: CAD relative performance over the course of the past year.

Research from NBC's economists say the Canadian Dollar is still undervalued, and that should investor focus turn towards Canadian fundamentals then the currency can move higher.

"Our model suggests that current fundamentals alone would have the CAD trading at less than $1.25 to the USD. In these circumstances there is no need for the Bank of Canada to lose sleep over the loonie’s recent strength," says Marion.

NBC note that the value of non-energy commodities being produced in Canada has risen to record highs, creating a potential fundamental windfall for the currency going forward. 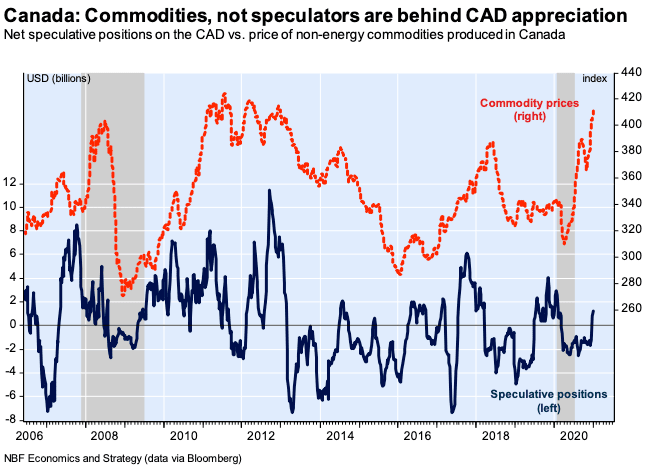