The Canadian Dollar advanced back toward 2020 highs against the U.S. Dollar while placing Sterling and other currencies under pressure on Wednesday after the Bank of Canada (BoC) stayed its monetary policy course, confirming in the process that Canadian interest rates really are at the "zero lower bound."

Canada's central bank left its overnight cash rate unchanged at 0.25%, in line with the market consensus, and said it will go on buying "at least C$4 billion per week" of regional and federal Canadian government bonds "until the recovery is well underway." The BoC reiterated that it would hold the cash rate until it can be confident of meeting its 2% inflation target over the course of its forecast horizon, which the bank currently expects to take until 2023.

It cited signs of a global economic recovery and Canadian momentum that "appears to have been stronger than was expected" for its decision, but warned of short-term setbacks for both in light of rising coronavirus infections that have led to renewed restrictions on activity in North America as well as Europe.

"News on the development of effective vaccines is providing reassurance that the pandemic will end and more normal activities will resume, although the pace and breadth of the global rollout of vaccinations remain uncertain. Near term, new waves of infections are expected to set back recoveries in many parts of the world," the BoC says. "In recent weeks, record high cases of COVID-19 in many parts of Canada are forcing re-imposition of restrictions."

Canada's Dollar rose following the statement, leading the main Canadian exchange rate USD/CAD to fall back in the direction of 2020 low achieved earlier this week and even as the normally-positively correlated U.S. Dollar Index climbed at the North American open. The Dollar Index measures the U.S. greenback relative to a handful of other major currencies including the Euro, Pound, Yen, Swiss Franc, Swedish Krona and the Canadian Dollar itself.

"The recent strength in the Canadian dollar didn't get much attention, other than to say that it was the result of the broad based weakness in the US dollar. The lack of a stronger callout could be seen as the Bank acknowledging that there's not a lot it can do to weaken the currency in the current environment," says Royce Mendes, an economist at CIBC Capital Markets.

The BoC acknowledged that Canada's Dollar has risen to 2020 highs in spite of short-term challenges faced by the economy, although its characterising the move as a "broad-based decline in the US exchange rate," indicates that it does not intend to attempt to prevent the Loonie from rising. 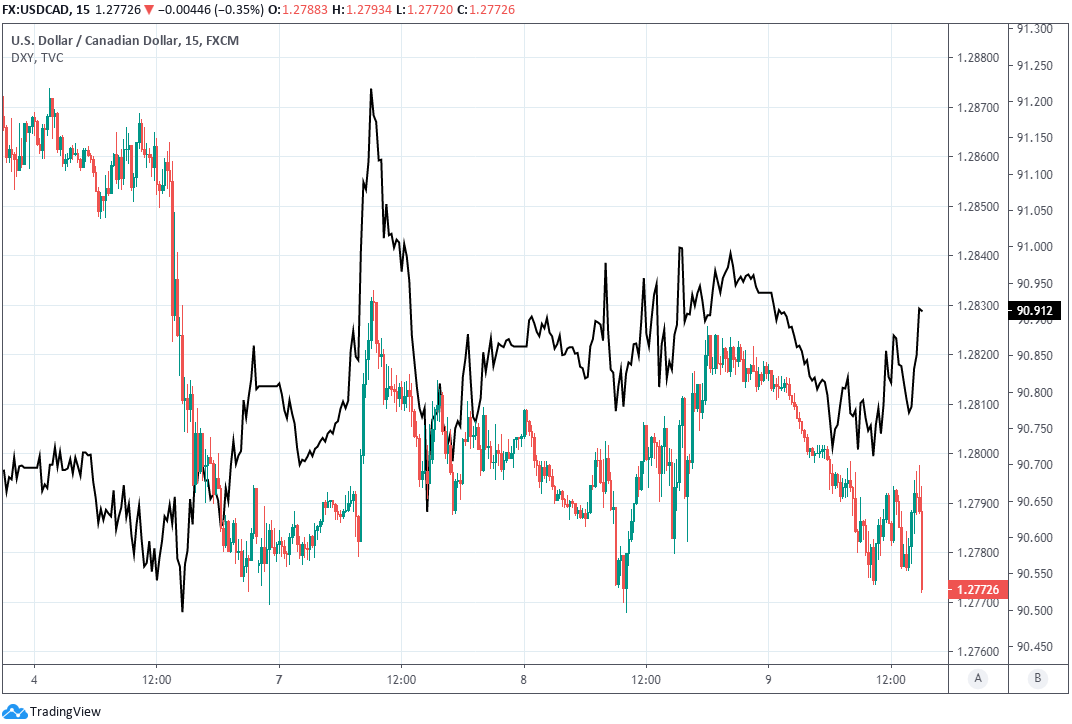 Economists had firmly favoured unchanged rates and a steady pace of bond buying under the BoC's maiden quantitative easing programme, while price levels in the overnight-index-swap market indicated that investors thought there was little more than a 20% chance of anything other than that too.

However, in November and August the Reserve Bank of Australia (RBA) and Reserve Bank of New Zealand (RBNZ) both responded to second waves of coronavirus infections and resulting 'lockdown' measures with new monetary 'easing.' The RBA cut its cash rate from an earlier 'zero lower bound' of 0.25% to 0.10% and expanded its quantitative easing programme, while the RBNZ trebled the size of its bond buying facility.

"Our model has fair value in USDCAD at about 1.2860 right now. The DXY is presently our model's key factor," says Greg Anderson, CFA and global head of FX strategy at BMO Capital Markets, in a note ahead of the decision. "Today's BoC policy decision carries significant potential for drama. We wouldn't rule out one or more easing steps by the BoC. As we detailed more fully in our FX Weekly, the BoC could make a move similar to what the RBA did in November."

Ordinarily collegiate central banks have acknowledged what is even by their standards a rare degree of coordination between them this year as a result of the pandemic. This, combined with the earlier actions of the antipodean central banks as well as Canada's renewal of restrictions in late November, meant that a BoC rate cut or other action couldn't be completely ruled out for this week.

However, and by neglecting the opportunity to follow its antipodean counterparts, the BoC has potentially sent an important signal. This is that when it says Canada's cash rate is "at the zero lower bound," it really does mean that interest rates are very likely at their rock bottom levels. This and the BoC's comments on the Canadian Dollar could explain more than anything else why the Loonie rose in the wake of Wednesday's statement.

"That said, the statement did add a line suggesting that it could adjust the QE program further, and Governor Macklem has recently also opened the door to the potential for a non-25bp cut," says CIBC's Mendes. "With the Bank not taking the opportunity to talk the loonie down, the Canadian dollar is trading stronger and yields have moved higher." 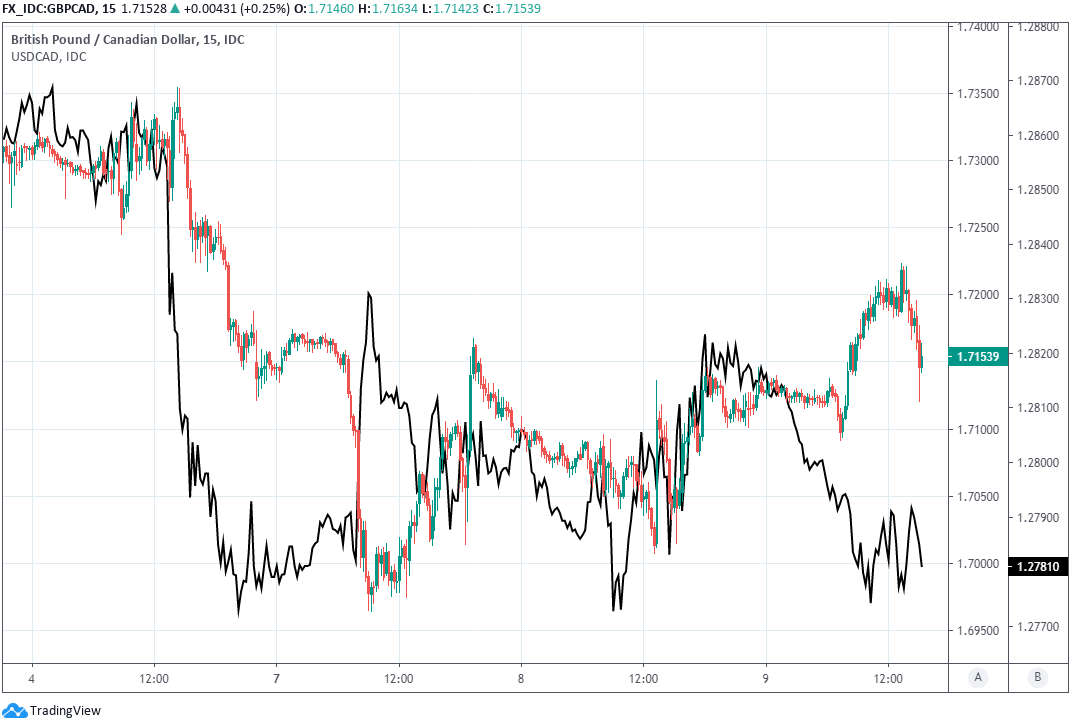