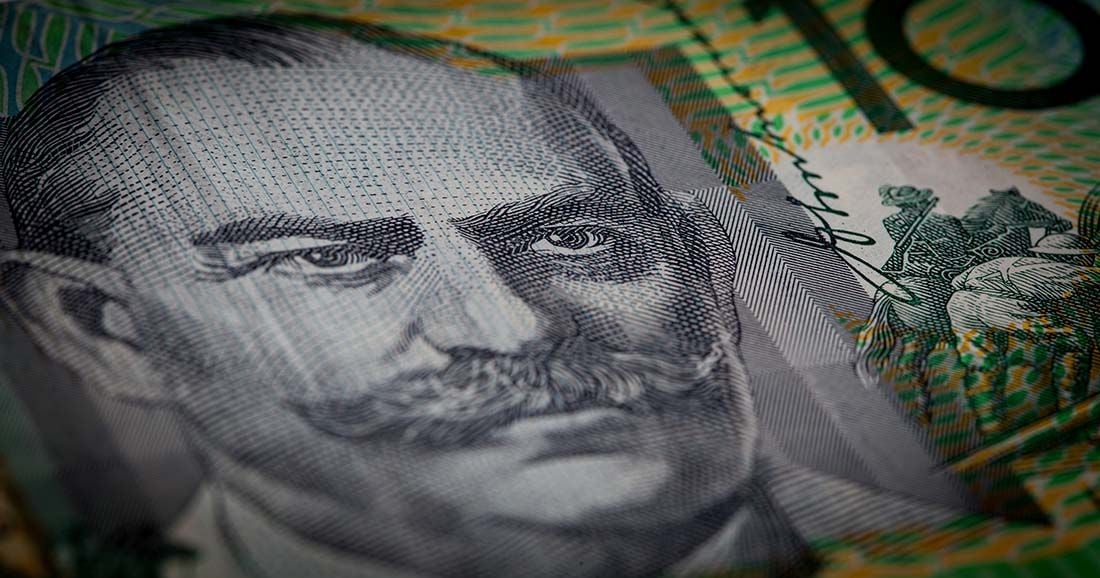 The Pound-to-Australian Dollar rate is sliding at the moment but its weakness could be short-lived according to economic fundamentals which appear to support the Pound more over the longer-term.

At least that is what it is possible to infer from a recent note comparing the two currencies written by Greg Gibbs, Founder and Analyst at foreign exchange advisory service Amplifying Global FX Capital Pty Ltd.

On the basis of fair-value estimates of how strong or weak a currency should be, the Pound has lots of 'hidden potential', given it is between 14% and 15% undervalued depending on which valuation criteria you use. The undervaluation is almost entirely because of Brexit risks, says Gibbs.

Remove the Brexit risk and the Pound could rally 15%, theoretically.

"The Brexit referendum on 23 June 2016 pushed the GBP sharply lower, with the low point in October 2016 after the new UK Prime Minister May told us “Brexit means Brexit"," says Gibbs.

Since then things have improved, however, and risks are waning.

"Time is running short to meet the March 2019 deadline, and a highly divided UK parliament has to vote on a final deal, but from afar it looks like progress is being made," says Gibbs, adding:

"The key issue for the economy and GBP is reducing uncertainty for business and retaining as much access to the EU market as possible. It does appear that the UK is making progress and Brexit risk is gradually being reduced."

Of course, one big advantage for the Australian Dollar is that it has no such risk premium emanating from political uncertainty.

Although Gibbs does not mention it, the nearest comparable risk for the Aussie is probably the trade dispute between the US and China, since China is its largest trade neighbour. That Australia's economy is tied to China's was a fact reiterated by the governor of the Reserve Bank of Australia (RBA) Philip Lowe on Tuesday. The recent entente cordial between the US and China, however, appears to have eased these risks, at least temporarily.

Another fundamental which favours Sterling is the comparative outlook for central bank policy on interest rates.

In a nutshell, the UK looks more likely to raise interest rates than the Australians, which should support the Pound, despite the UK's Bank of England (BOE) starting from a lower starting point of 0.5% compared to the RBA's base rate of 1.5%.

Since money tends to flow to where it can earn the most interest the Aussie has the overall advantage but because more rises are expected from the BOE in the short-term Sterling could benefit in fits and starts too.

"The BoE May inflation report still endorsed the market outlook for higher interest rates over its forecast horizon to 2020, pricing in around one-quarter point per year to around 1.25% in 2020 (from 0.50% currently)," says Gibbs.

A key driver of interest rate expectations is the state of the labour market, and here too the UK is outperforming Australia. 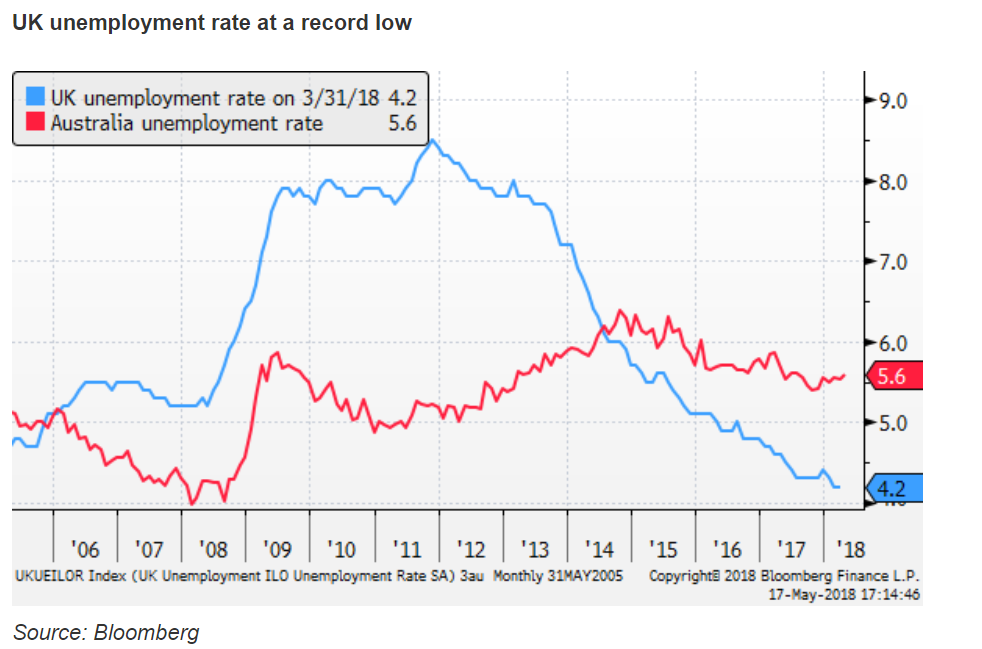 "The record low level of unemployment and upward trend developing in wages suggest that there is a risk that rates could rise somewhat faster and support the GBP," says Gibbs.

There is very little spare capacity in the UK economy compared to the Australian economy, suggesting increasing price pressures.

Unemployment is lower at 4.2% and wages in the UK are rising more rapidly than in Australia both factors supporting Sterling over AUD. 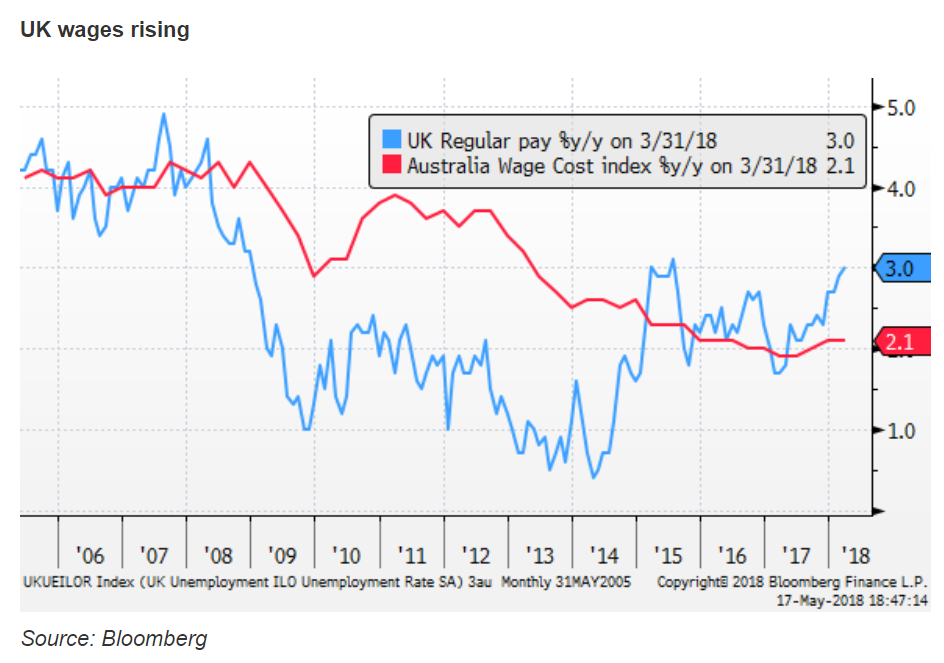 The main risk associated with Brexit is the fate of the UK's trade in services with the EU since it is in the services sector that the UK has the largest trade surplus.

"What happens to the UK financial services sector after Brexit could be crucial for the UK economy and GBP. The latest economic data on trade in services suggests that there has been little net impact to date," says Gibbs.

"The issues facing the UK financial service sector are essentially the same across the whole economy. To the extent that the UK forms part of an integrated production chain with Europe and trades in general with the EU, Brexit is generating considerable uncertainty," says Gibbs.

Indeed to a greater or lesser extent the Pound's reaction to Brexit will be determined by the consequences of the final deal for services, especially financial services, given London's importance as an international financial centre.