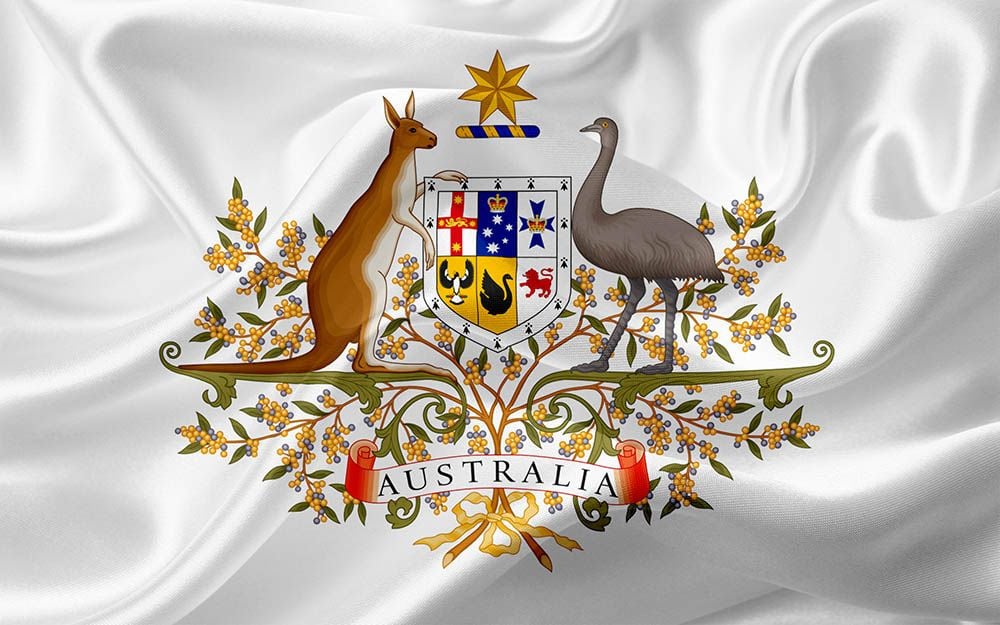 Australian Dollars were bought alongside oil and agricultural commodity currencies of Canada and New Zealand with gains coming in spite of a near-double-digit percentage decline in iron ore prices heading into the final session of the week.

"After surging 10% on Monday, Iron Ore is now falling 10% today. Driving this move seems to be the intervention of Chinese policymakers," says Chris Turner, global head of markets and regional head of research for UK and CEE at ING.

"Officials have raised margins and imposed fees on steel trading and made it clear that speculators will be frowned upon," he adds.

Iron ore is Australia's largest export and China the single largest buyer of that particular raw material of all countries out there, which is why analysts warned of trouble ahead for the Australian Dollar on Friday after authorities in China took action overnight to prevent further steep increases in prices like those seen in the prior session.

Beijing imposed costs and constraints on the market in a move that analysts perceived as being motivated by concerns that excessive price increases would hold back the recovery of the world's second largest economy, which often uses infrastructure repair and development projects as a form of economic stimulus. 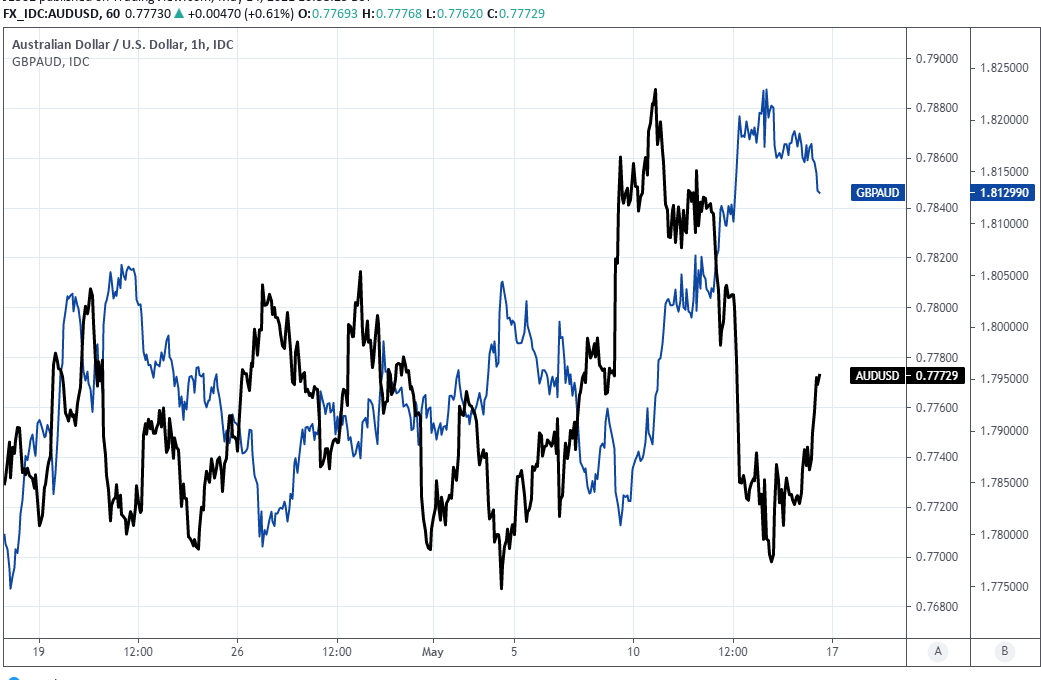 Above: AUD/USD shown at hourly intervals alongside iron GBP/AUD.

Most commodity prices have risen strongly this year although most notably those of iron ore, which is a key ingredient of steel and so a vital component for any and all governments seeking to augment economic recoveries from coronavirus-inspired recessions.

"Iron ore prices continue to correct lower. Still, AUD/USD is significantly undervalued relative to the level implied by iron ore prices. The implication is that iron ore prices have plenty of room to pare back some of this year’s stellar gains without pulling AUD/USD lower," says Elias Haddad, a senior FX strategist at Commonwealth Bank of Australia.

Some measures of iron ore prices had risen as much 37% in the six weeks to the middle of May, with gains of more than 10% in the Thursday session owing to a combination of speculation among financial traders as well as demand for industrial purposes.

However, gains over the last year were even larger and well in excess of 100% for some benchmark prices while Australia’s Dollar, which is often closely correlated with the price of iron ore, rose by close to 50% between its nadir in March 2020 and its peak in February 2021.

“The AUD looks like it is showing some signs of stabilising. Even with the huge correction in iron ore (the June SGX contract has had a 15% high to low range in the last two days), the 62% index is still up $34 so far this month emphasising that the A$ is way undervalued versus commodity prices,” says Richard Franulovich, head of FX strategy at Westpac. 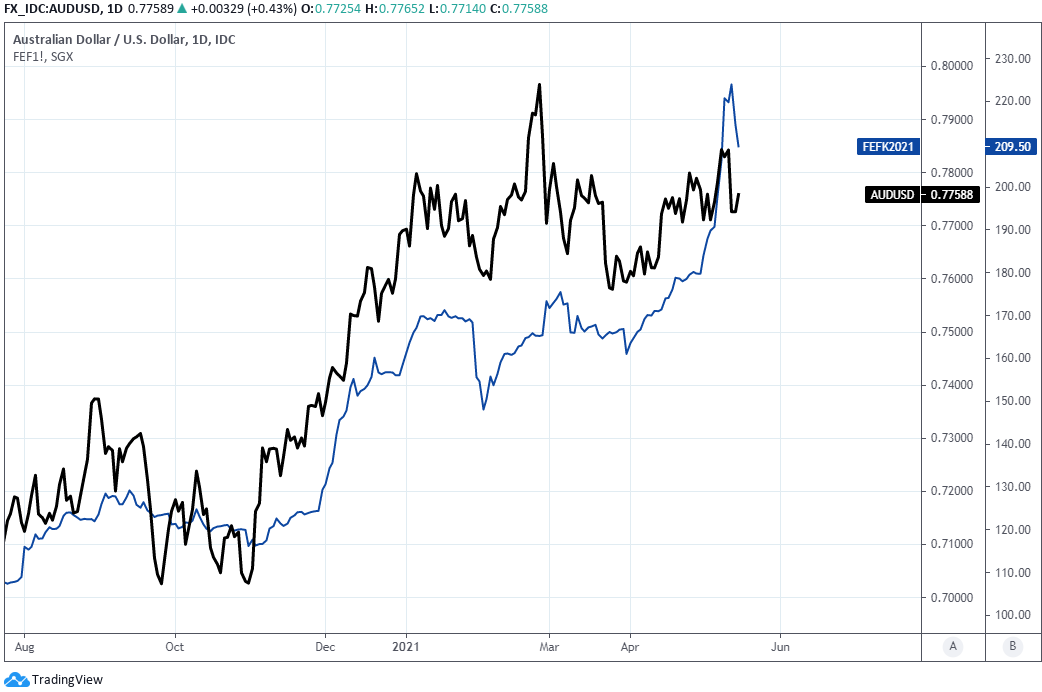 The trailing response of AUD/USD to the recent iron ore rally has left the main Australian exchange rate trading at a significant discount to perceptions of ‘fair value’, which many analyst models suggest is quite some distance north of 0.80 and in some cases as much as 20% above the prevailing market exchange rate.

This undervaluation could in turn explain why the Australian Dollar overlooked the iron ore price slump on Friday; as it hadn’t followed iron ore prices higher to the same extent.

It’s possible if-not likely that the latter was due to direct intervention from the Reserve Bank of Australia (RBA) has kept AUD/USD from getting anywhere near to those levels this year, although Friday’s price action stood the Australian Dollar in good stead for another later attempt at eventually rising to that threshold when AUD/USD climbed back above the 0.7750 level flagged by Westpac ahead of the weekend.

The Australian Dollar ceded ground to other commodity currencies including the Norwegian Krone on Friday, but rose against the greenback and low yielding currencies like the Japanese Yen, Swiss Franc, Euro and Pound.