The Australian Dollar has advanced 4.75% against the U.S. Dollar, 1.55% against the Euro and is flat against the Pound this week, an improvement that comes as Australia's stock market records a 4.66% recovery.

The currency has been one of the hardest hit by the 2020 coronavirus episode and we would certainly expect it to experience sizeable 'snap backs' in response to any improvements in broader sentiment.

However, we don't yet see the conditions in place to ensure that a 'snap back' translates into a sustained rally higher.

"AUD is likely to ‘chop around’ around within a broad range for now, Quek Ser Leang at UOB. "AUD/USD is more likely to 'lick its wounds' and trade sideways at these depressed levels." 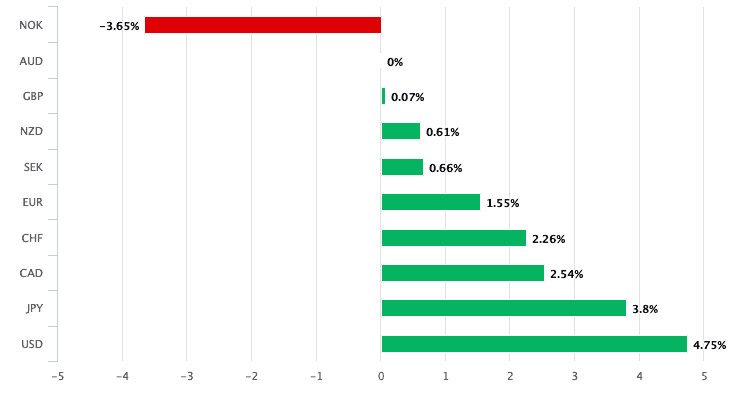 The Australian Dollar is considered to be a 'risk on' currency in that it rallies alongside stock markets and commodities when investor sentiment is improving, while it tends to fall when sentiment is deteriorating.

The recovery in the ASX 200 does appear to be lagging global peers, for instance the FTSE 100 is up 12% and the S7P 500 is up 14%, suggesting a degree of caution towards the domestic economy. 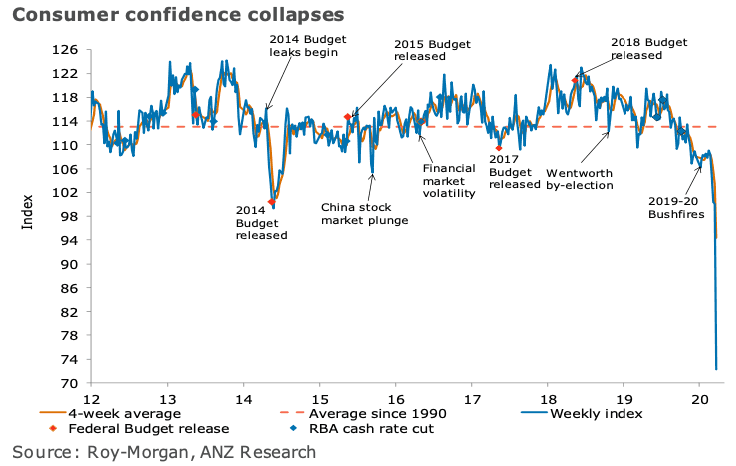 "The COVID-19 shock to the Australian economy will trigger a deep recession and a sharp spike in the unemployment rate, jumping to 11% by mid-2020. The unfolding economic recession is shaping up to be more severe than the GFC," says Bill Evans, Chief Economist at Westpac.

Westpac forecast GDP to contract by 3.5% in the June quarter and do not expect a significant recovery until the December quarter.

The national unemployment rate is forecast by Westpac to reach 11.1% by June due to a loss of 814,000 jobs.

"The COVID-19 outbreak is a medical shock. The key economic dynamic is the choice to shut-down and cancel events (a supply shock) in an attempt to limit the spread of the virus. Now, from late March, there are widespread shut-downs of places of social gathering (pubs, restaurants, gyms etc). These widespread disruptions to the economy are on a scale that we have not experienced in recent times – which has important implications for the labour market," says Evans.

We would need to see signs of greater inflows of foreign capital into Australia's stock and bond markets for the Australian Dollar to mount a sustained and convincing recovery, but judging by the ASX 200's lacklustre performance there is no apparent surge in demand under way.

International investors would want to see signs of relative outperformance by the Australian market if they were to shift capital down under.

In the aftermath of the 2008 financial crisis and ensuing recession the Australian economy outperformed its major rivals owing to its strong ties to China, which put in double-digit economic growth as the rest of the world looked to cure its debt-fuelled hangover.

The Aussie economy's strong performance in the years following the financial crisis meant the Reserve Bank of Australia kept interest rates substantially higher than other central bank rivals, ensuring the country remained a seductive investment proposition for international investors: not only is the economy outperforming, but bond offered a handsome yield.

This relative advantage looks to be absent this time around. 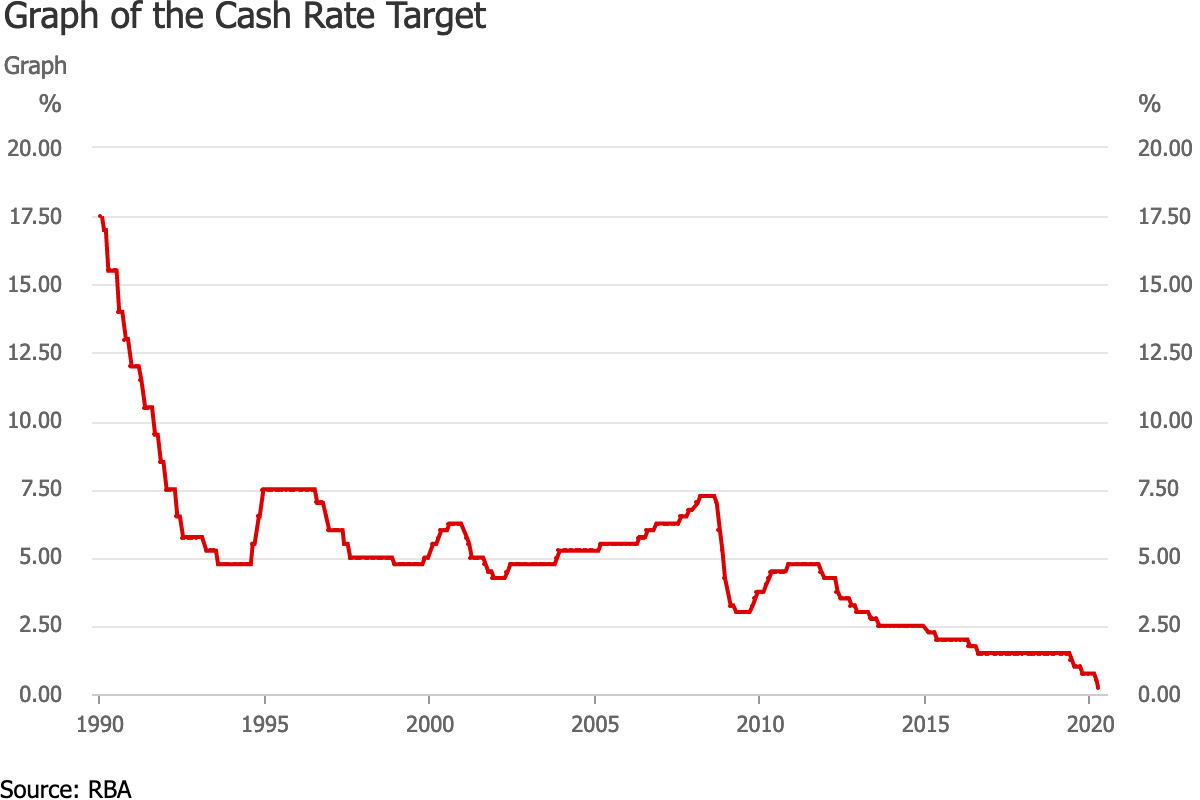 The Reserve Bank of Australia's decision to slash interest rates to 0.25% and launch a quantitative easing programme will ensure the yield on Australian sovereign bonds will not be nearly as attractive as they have been in the past, denying the Australian Dollar a further leg of support.

For the Australian Dollar to pick up further we would need to see a sizeable pickup in Australian exports to China which would boost the economic outlook and stimulate demand for Aussie Dollars, something that remains unlikely in the current environment as many Western economies are now enforcing strict lockdown measures to stem the spread of the coronavirus.

China is the world's manufacturing engine, and while the world is in lockdown it will struggle to pick up speed, which will have knock-on consequences for Australian exports such as iron ore, coal and natural gas.