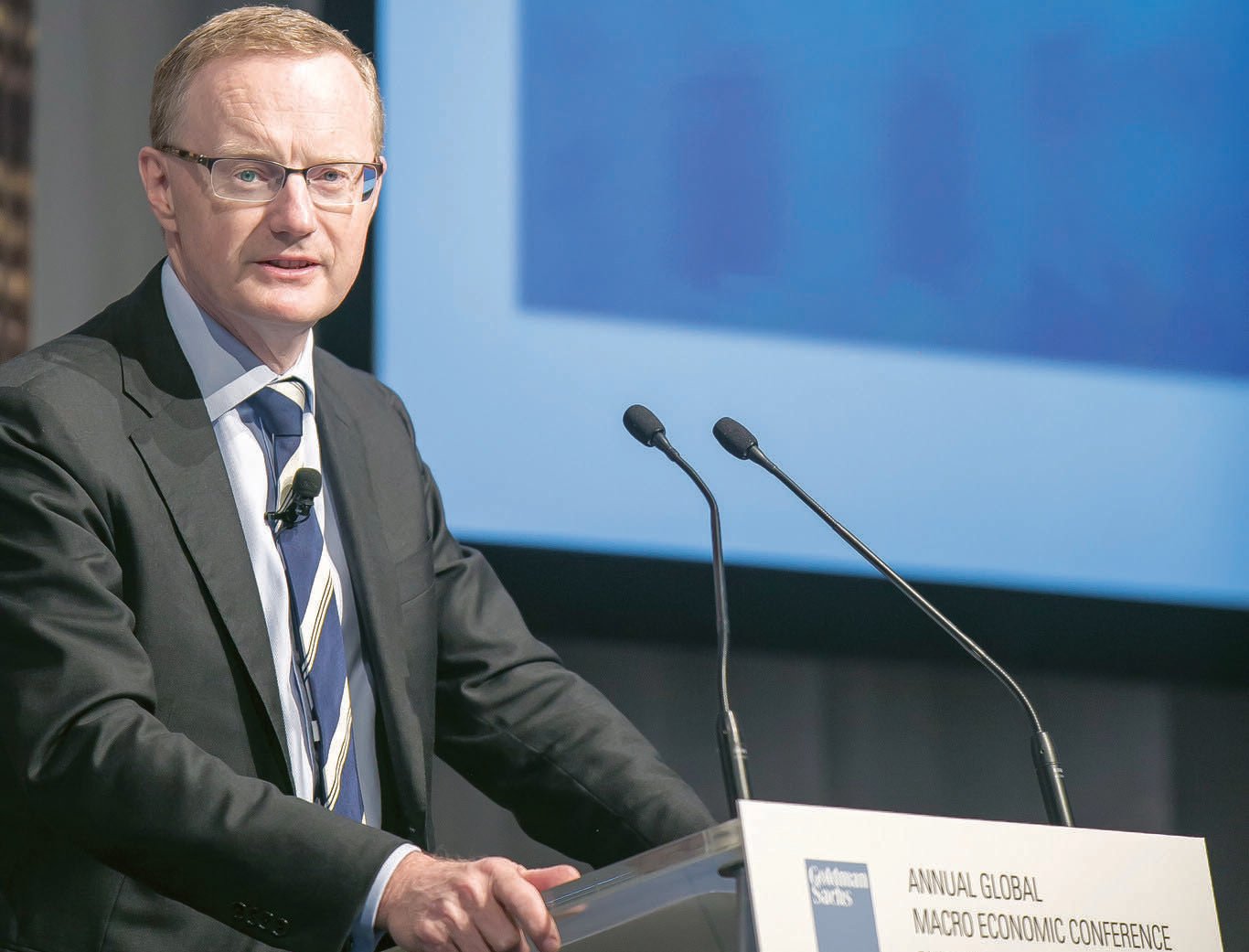 - AUD on back foot after RBA forecasts point to more cuts.

- Next week's wages and jobs data key to short-term outlook.

The Australian Dollar ceded ground to most major rivals in the final session of the week after the Reserve Bank of Australia (RBA) gatecrashed celebrations of the improved prospects for a U.S.-China trade deal, reminding markets of the antipodean currency's domestic vulnerability.

The RBA's latest forecasts held in the Statement on Monetary Policy (SoMP) show Australian inflation is no longer expected to reach the lower bound of the 2%-to-3% inflation target within the forecast period, which doesn't end until the curtain closes on 2021.  Forecasts for growth were also reduced with Australia GDP expected to return to trend (2.74%) in December 2020, six months later than previously projected.

The Bank did say it would wait and "assess the effects" of its earlier rate cuts ss well as progress of talks in the trade war before it does anything more.

Investors and analysts are now assuming February 2020 for the next cut, if there is one.

"AUD/USD and AUD/NZD drifted lower overnight. The RBA’s Statement on Monetary Policy reinforces the view that the official cash rate will stay low for a prolonged period of time," says Elias Haddad, a currency strategist with Commonwealth Bank of Australia.

The lower forecasts would be a bane for any central bank but they're especially so for the RBA, which has cut the cash rate three times in 2019 in the hope of incentivising enough additional economic activity for it to meet the long-elusive inflation target.

When a central bank cuts interest rates it tends to stimulate economic activity, however the currency they issue tends to weaken as a side-effect, and the policy decisions at the RBA will therefore have a hand in some of the Australian Dollar's underperformance in 2019 that has seen it decline 2.6% against the U.S. Dollar and 2.8% against the Pound.

The suggestion of further interest rate cuts is therefore a drag on the currency's outlook.

The fruits of the RBA's attempts to stimulate economic activity via lower interest rates have been been met by lacklustre wage growth, weakening consumer spending and problems in the housing market. Not to mention the uncertainty caused by the trade war.

"The RBA also lowered its wage growth forecasts to 2.3%/yr. In addition, the RBA noted that faster wage growth would be needed for inflation to be sustainably within the 2‑3 per cent target range," says Kim Mundy, a strategist at Commonwealth Bank of Australia. "Next week’s Australian Q3 19 wage price index (Wednesday) and October labour market report (Thursday) are the next key events for the direction of market pricing and AUD." 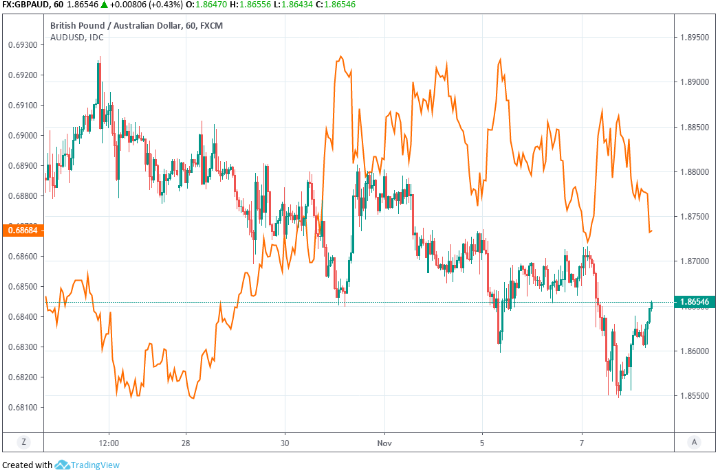 The RBA says it needs faster wage growth if it's to deliver the inflation pressures it's obliged to, but also downgraded forecasts for pay growth on Friday and now expects lesser increases until the end of the forecast period. The bank previously projected wages would be growing at an annualised pace of 2.4% in 2021 but on Friday it cut that number to 2.3%.

Downgrades to expectations for wage growth were not large, just heading in the wrong direction from a level that was already inadequate. RBA Governor Philip Lowe has said many times that pay packets will need to grow by around 3% per year for Australian inflation pressures to sustainably deliver the RBA's target, but in the bank's own words that requires 'ful employment'. And the Australian jobs market has been heading in the wrong direction of late.

"The most notable aspect of the RBA’s November Statement on Monetary Policy (SoMP) was the comment that “each further rate cut brings closer the point at which other policy options might come into play,” says David Plank, head of Australian economics at Australia & New Zealand Banking Group. "Analysis in the SoMP highlights the potential critical role the currency can play." 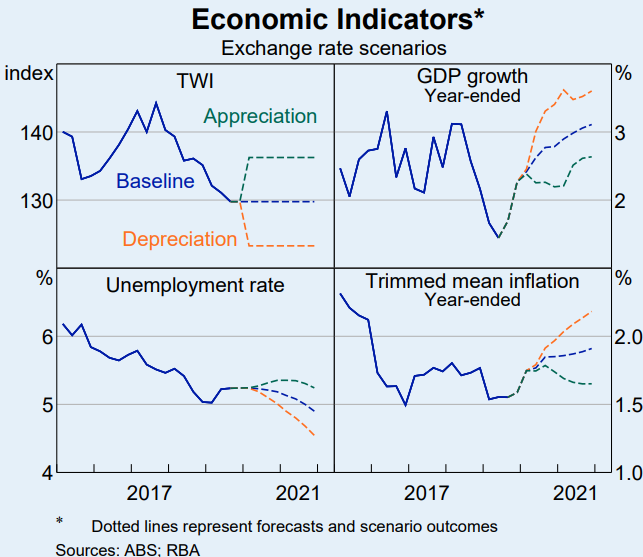 The Aussie has risen of late as expectations built over a U.S.-China deal that ends the trade war between them, although currency strength risks undermining the RBA's efforts at generating inflation because it will reduce the cost of imports. And with the cash rate near the 0.25% 'lower bound', some in the market suspect the RBA may want to ensure the currency remains weak.

Without enough economic or wage growth to meet the target, and with an improving international environment threatening to push the currency higher, weakening the Aussie may be the only way the RBA can keep alive market hopes that the target will one day be met.

That could mean the Aussie is destined for lower levels in the year or so ahead no matter what happens in Washington or Beijing over the coming weeks.

The RBA has remained tight-lipped about exactly what its 'unconventional' policy options are when it comes to generating inflation but markets suspect the bank views quantitative easing, which would be where it forces market interest rates like bond yields lower by buying up a part of the market, as its next best option. That's been tried by other central banks with varying degrees of success and always has negative consequences for the currencies involved.

"The RBA is not complacent about AUD remaining weak. In retaining the pledge that it is “is prepared to ease monetary policy further if needed,” the RBA Board surely had the currency uppermost in mind. This pledge also raises questions about the durability of the unwinding of rate cut pricing – see chart across. Westpac continues to expect a cash rate cut to 0.5% in Feb 2020, at which point unconventional policy options should be a hot topic again," says Sean Callow, a strategist at Westpac. 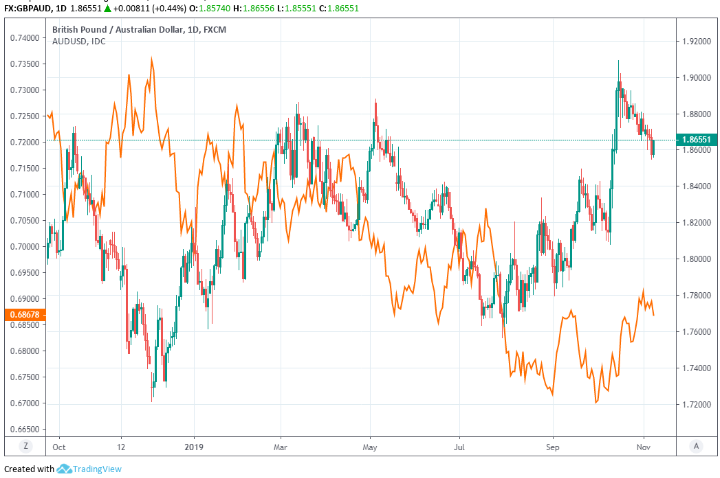