- AUD cleans up after China returns from Golden Week

- AUD resilient as global mood sours ahead of trade talks.

The Australian Dollar was among the best performing major currencies Tuesday even as the global mood soured ahead of Thursday talks between the U.S. and China, with once elevated hopes of a deal beginning to fade, and some say that more upside could be ahead.

Australia's Dollar scored its best gains over a Brexit-stricken Pound Sterling Tuesday, which was down across the board, although the Aussie also advanced against most other rivals in a move that some have connected to the end of Golden Week in China and resilience in the Renminbi, although others had previously linked the Aussie's performance to now-fading optimism about the U.S.-China trade talks.

"In China, the People's Daily says the talks could deliver a ‘fair deal, fall apart or maintain the current state of ‘talking while retaliating'. The betting man probably thinks the third outcome is the most likely but this morning, there's a little optimism in the air. AUD and NZD are leading the G10 FX currency table, the yen and sterling are languishing," says Kit Juckes, chief FX strategist at Societe Generale, in a morning note to clients.

Investors appeared to warm toward risk assets in the overnight session after China's Commerce Ministry was reported to have said it is looking to reach a deal that covers the areas where there is already agreement, even though the statement was a reiteration of an already known position. But the optimism in markets didn't reach the opening bell in Europe, as by that time a U.S. decision to blacklist a number of Chinese entities was weighing in some markets. 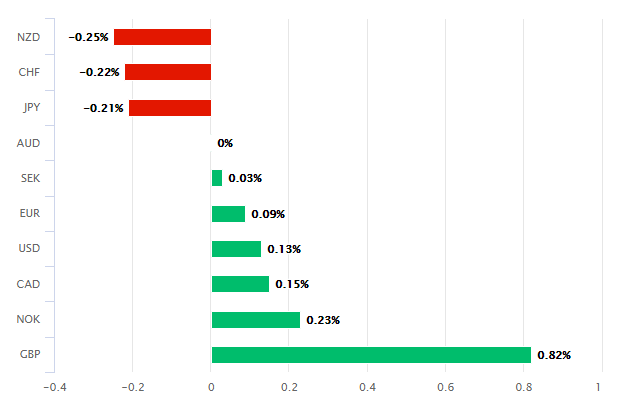 The U.S. Commerce Department said Tuesday it's adding 28 governmental and commercial organisations to its 'Entity List' due to their alleged involvement in alleged human rights abuses in the Xinjiang Uighur Autonomous Region. Inclusion on the list means exports of items subject to the Export Administration Regulations (EAR) are restricted, although it's what the move might mean for the trade talks and U.S.-China relations that matters most.

"The AUD is particularly sensitive to the outlook for the Chinese economy given strong trade links and to the outlook for global growth given its commodity links. While AUD/USD will continue to respond to China-linked headlines, we continue to expect a downside bias to dominate," says Jane Foley, a strategist at Rabobank. "We look for further downside potential in AUD/USD towards 0.65 on a 9 to 12 mth view."

Both Chinese and global economies are already under pressure because of existing U.S. tariffs but if a deal is not reached with the White House this week then some new tariffs will be imposed on Chinese goods exports to the U.S. on October 15. And if an agreement is then not reached by December 15, all remaining Chinese annual exports to the U.S. will then be subjected to tariffs.

China says it's open to discussing some of the issues this week but not all of them, while President Donald Trump has said he's only interested in a large deal that presumably covers all of the bases. It could have been the conflicting expectations of the meeting that helped soured risk appetite on Tuesday. 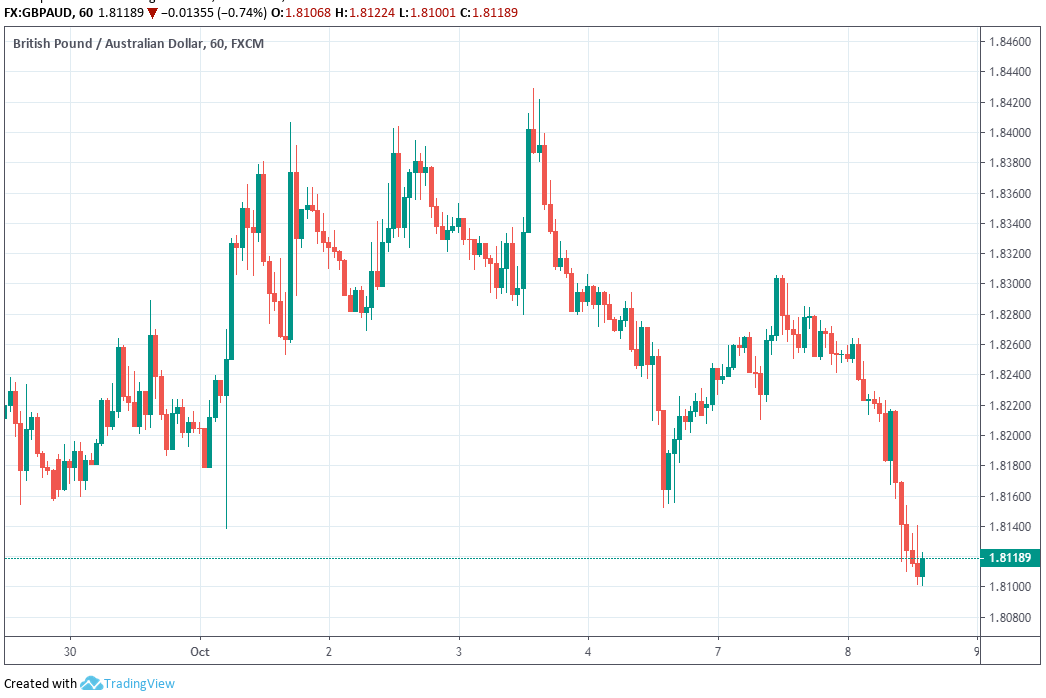 "Australia's Westpac October consumer confidence index is the next domestic focus RBA’s main domestic concern is the outlook for consumer spending. As such, deteriorating consumer sentiment can lead to a more pronounced downward revision to Australian interest rate expectations and weigh on AUD," says Elias Haddad at Commonwealth Bank of Australia.

Australian consumer confidence data due out at 12:30 am will be important for how financial markets view the outlook for Australian interest rates so by implication it'll be important for the Aussie, but so too will an 18:50 speech from Federal Reserve Chairman Jerome Powell titled "Data Dependence in an Evolving Economy". If Powell fails to validate mounting expectations for another rate cut this month and a series more over the next year, the U.S. Dollar could easily turn the tables on the Aussie.

A poor consumer confidence reading just after midnight would only add to any Federal Reserve induced headache for the AUD/USD rate on Wednesday, although not all of the market's cards are stacked against the antipodean currency, because technical signals coming from the charts still argue for more upside. Karen Jones, a technical analyst at Commerzbank tipped the Aussie for further gains Tuesday, after buying it when the market was at 0.6690, and is targeting a return to 0.70.

"Last week the market charted a new low (.6672), which was not confirmed by the daily RSI. This reflects a loss of downside momentum and we are likely to see near term recovery. We need to see a sustained break over the 55 day moving average at .6795 and the near term downtrend at .6811 to retarget the .6894 mid September high. Failure at .6678 on a closing basis targets the .6548 February 1999 high," Jones says. 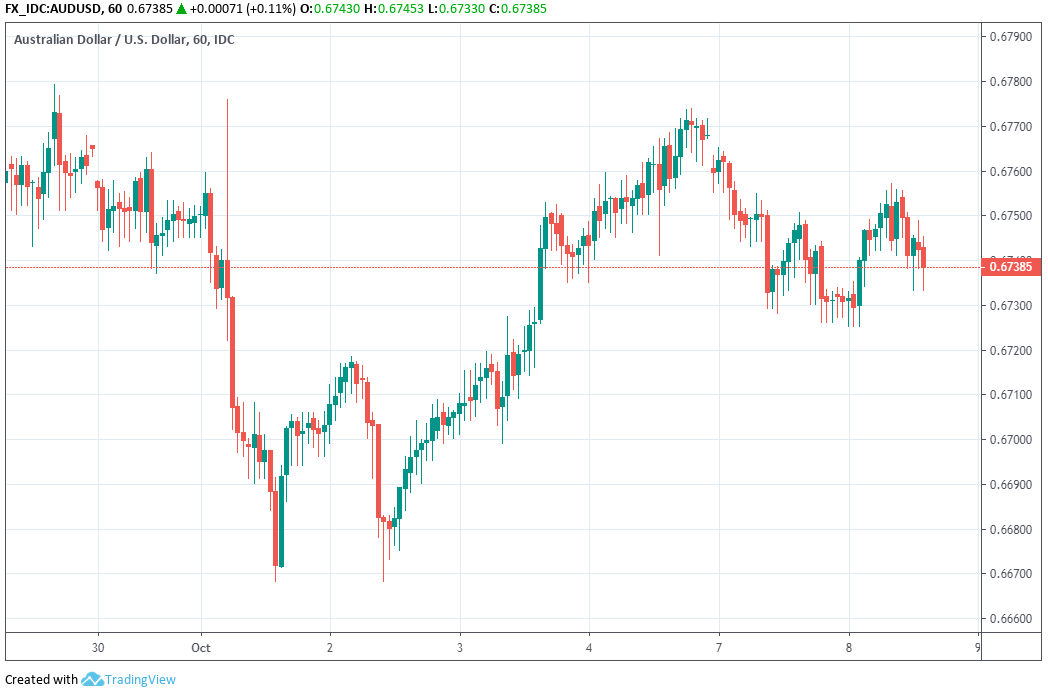