A significant shift in sentiment on the Dollar-Yen exchange rate means further gains are likely in the short-term according to Richard Perry of Hantec Markets.

Although the market formed a rather neutrally configured candle yesterday (a doji candlestick) the recent recovery remains on track.

The pull above 105.10 to leave a run of higher lows suggests that intraday weakness is still seen as a chance to buy now.

An early slip today is another test of this move higher, but there has been a big shift in sentiment this week. 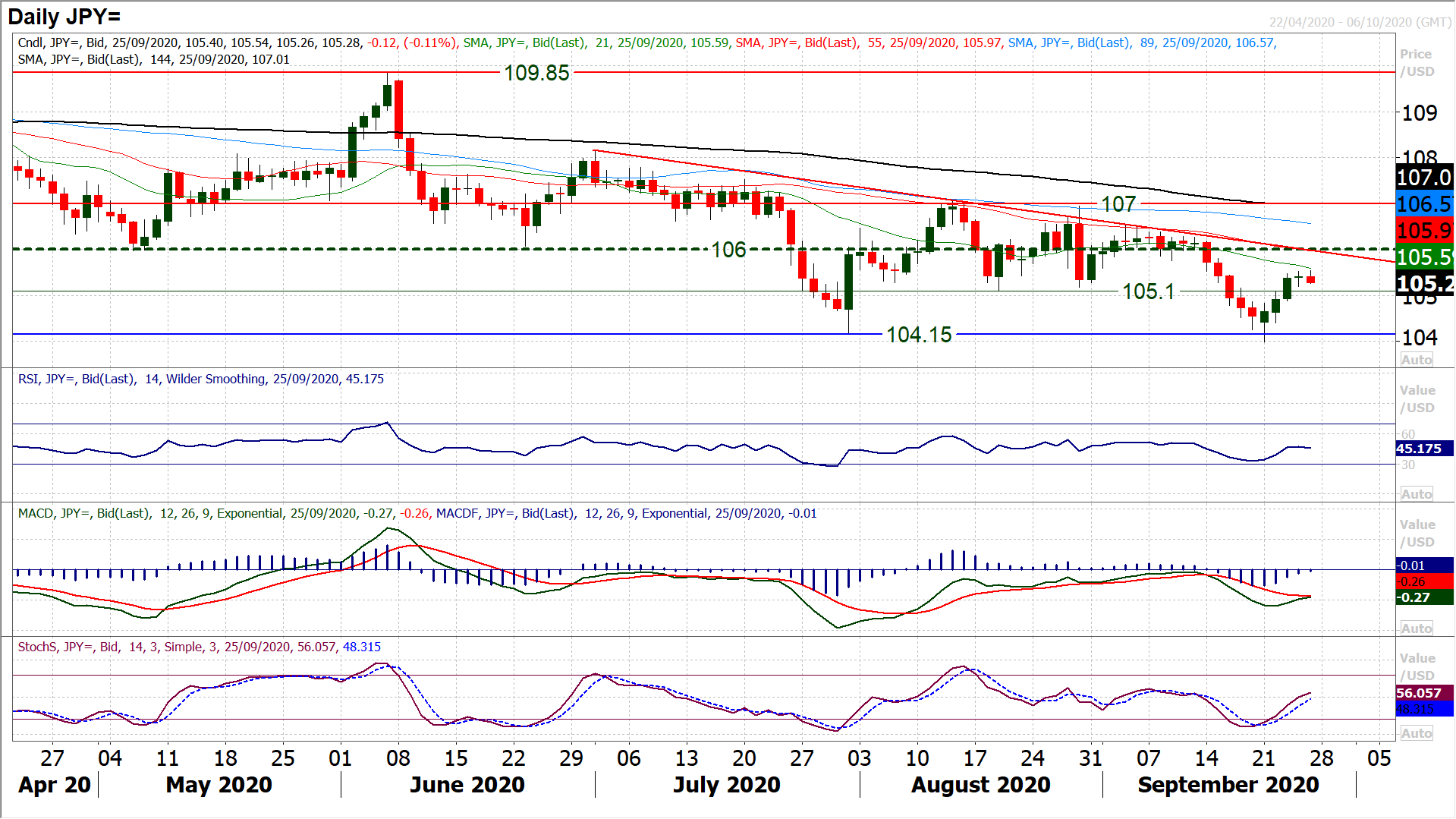 The bulls holding above 104.85/105.10 support will sustain the improvement even if there is a mild negative candle into the close today.

Daily momentum indicators still have scope to continue to swing higher, with previous rebounds on daily RSI into the mid-50s.

The improvement and recovery seen this week suggests a rebound continuing back towards the old 106.00 pivot area in due course.

The resistance of a three month downtrend comes in at a shade under 106.00 today, as is the 55 day moving average, both of which have been a strong gauge of the price action in recent months.

The hourly chart shows a small base pattern above 104.85 implies 105.70, whilst old breakout levels are now supportive.

The past 24 hours have just seen a slight pause in the recent risk negative/dollar positive move across major markets.

It comes as some chinks of light start to form in the will they/won’t they saga of a US fiscal support package.

The Democrats have drafted a $2.4 trillion package that want to negotiate on and potentially hold a vote next week. It would be another shift in the risk narrative and help to improve sentiment once more if it is achieved.

It comes with the dollar rally also on pause. The question for traders is whether this is a consolidation for the dollar strength before a further surge, or a reversal.

Newsflow on this US fiscal support package will certainly have a part to play.

It comes with other greenshoots of good news on Brexit trade negotiations, where the foundations of another round of negotiations have been laid for next week.

However, news of the development of COVID second wave infections and the response of authorities over social restrictions could be the difference as to whether we move into a new trading week with positive risk appetite.

For today, a mild positive bias, but will the weekend change all of this?