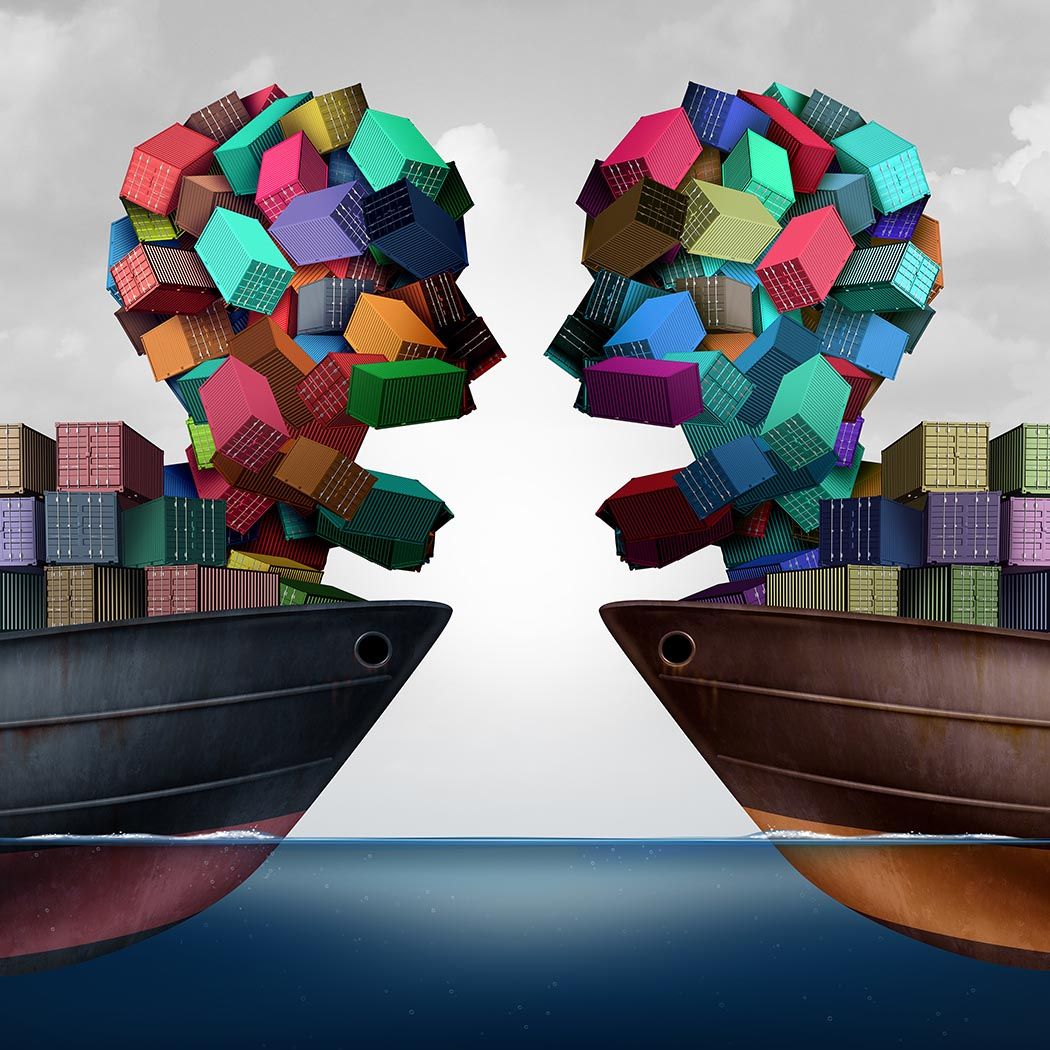 A trade war could ultimately lead to global recession, and this is where Dollar weakness comes into play.

The British Pound and Euro could be winners against an already under-pressure US dollar in the event of a global trade war, but various threads of analysis suggest there are risks to this view and a number of outcomes are possible.

The currency impact of trade dynamics were raised again this week when the Trump administration released details of proposed tariffs on steel and aluminium imports, which represents the administration's latest punitive measures on imports deemed to be unfairly priced.

The Secretary of Commerce, Wilbur Ross, successfully argued to Trump that "the present quantities of steel articles imports and the circumstances of global excess capacity for producing steel are weakening our internal economy, resulting in the persistent threat of further closures of domestic steel production facilities and the shrinking of our ability to meet national security production requirements in a national emergency."

Trade wars matter for markets and for currencies; but its the retaliation by other countries that matter.

European Central Bank President Mario Draghi told reporters at his Bank's March policy event that "if you put tariffs against what are your allies, one wonders who the enemies are"; that the Council "are convinced that disputes should be discussed and resolved in a multilateral framework"; "and unilateral decisions are dangerous".

Draghi remains engaged in a battle to withdraw the ECB's largesse that comes in the form of money-printing, while at the same time trying to keep the Euro from rising too far and too fast.

"The ECB has avoided stoking Euro strength for now," says Neil Mellor, Senior Currency Strategist with BNY Mellon, who however warns, "the job is unlikely to get easier as the year progresses."

"The more immediate challenge facing the Bank is the possibility of a looming trade conflict - and its ugly sister - a currency war," warns Mellor.

The BNY Analyst believes that many Eurozone-based businesses will already be starting to feel pressures from a EUR/USD exchange rate that sits above 1.20.

"A trade and currency war – perhaps the inevitable corollary of economies simultaneously navigating a post-bubble environment – is the last thing that the Eurozone needs given the likelihood that they might well manifest themselves in pronounced downward pressure on the USD," says Mellor.

Should Dollar weakness be maintained as a theme under a trade war scenario it would be possible to envisage further Sterling upside.

Trade War: Dollar Negative... or is it a Positive?

The implications on global currencies of a global trade war are certainly complicated, and could play out differently according to various scenarios.

Germany's Commerzbank confirms this expectation writing in a recent note, "we can have a recession on both sides of the Atlantic," should a trade war come to pass.

And any global recession could lead to a weaker Dollar.

"US tariffs could lead to retaliation from other countries, potentially triggering a trade war in a worst case, tail risk scenario," says Athanasios Vamvakidis, an analyst with Bank of America Merrill Lynch who explains that a trade war could ultimately lead to global recession, and this is where Dollar weakness comes into play.

"We would expect the USD to weaken against other major G10 currencies in a global recession scenario, as the Fed has more room to respond with policy easing," says Vamvakidis.

The ECB certainly does not have the capacity to respond to the extent that the US Federal Reserve does as its balance sheet is at record levels and still growing. The Bank's ability to respond to a global downturn are therefore limited; something that bodes for Euro strength.

Hence the Dollar has more downside potential than does the Euro. Analysts at ING Bank N.V. say the trade war adds to their expectations for a weaker Dollar narrative to dominate 2018 with a further 5-10% decline in the Dollar seen.

Such a decline would almost certainly help the Pound-to-Dollar exchange rate rise to ING's forecast target of 1.53 by year-end.

The direct impact of a trade war on Sterling is however harder to call as the US is a relatively closed economy and would therefore have more immunity to trade disruptions while smaller G10 economies and their exchange rates could be affected more negatively in an escalation scenario.

"We expect commodity-based FX to perform poorly while we view trade protectionism risk aversion as GBP negative. This is increasingly looking like a global environment that is unfavourable for the UK and the task that lies ahead in dealing with Brexit," says Derek Halpenny, an analyst with MUFG in London.

It is however also worth remembering the UK is one of only two countries the US has a trade surplus with - the administration could therefore want to protect this advantage and not jeopardise trade with the UK.

Much Ado About Nothing?

There is of course the chance the tariff issue is overplayed and tariffs will have a limited impact on currencies in 2018.

"In practice, tariffs today affect a very small part of imports, particularly in advanced economies. As a result, the direct FX implications are usually negligible. This is indeed the case with the tariffs on steel and aluminium that President Trump is proposing, suggesting limited USD impact," says Vamvakidis.

Indeed, when announcing the tariffs on metals imports, Trump confirmed the measures would spare some key US allies suggesting the President knows erecting tariffs will raise the costs for US manufacturers and make them increasingly uncompetitive.

Politics are certainly at play; Fareed Zakaria makes the point in a recent piece for the Washington Post that the Republican Party itself is likely to be Trump's main barrier.

"Having ceded ground to Trump on personal character, immigration, entitlement reform and more, Republican leaders have chosen to draw the line at free trade," says Zakaria.

Tariffs are a political tool being used by Trump ahead of US mid-term elections campaign with "its first signature was to be seen on steel and aluminium tariffs," says Christian Gattiker with Julius Baer in Switzerland. It could be that Trump pursues tariffs to the extent that they make for good political headline, while not being extensive enough to hurt the economy.

Gattiker notes the exemptions of Mexico and Canada showed "that this was more about headlines than preserving real jobs".

"Tariffs on metals – yes, but with quite some exceptions and leeway. Trade wars did not seem to be fought as hard as feared," adds the economist.

Readers should however also take away with them this nugget from Morgan Stanley's Hans Redeker on the uncertain nature of trade wars.

"Trading a political market is risky by nature and reactions are often not lasting," says Redeker in a note dated March 7. "We continue to see prospects of risk rallying as global growth and corporate earnings remain robust." 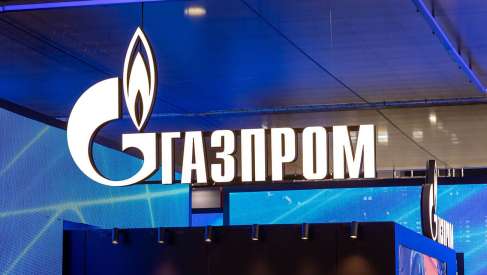 European currencies are back under pressure against the Dollar as investors react to another surge in European gas prices.

The British Pound will continue to lose value against the U.S. Dollar from current levels say foreign exchange strategists at JP Morgan.

The Pound to Dollar rate tumbled back below 1.20 late last week but was quick to draw a corrective bid from the market and could attempt to reverse more of its recent decline if the greenback extends Friday's retreat from other currencies in the days ahead.

Pound Sterling started July deep in the red against the Dollar and Euro, and further losses are likely says a leading analyst.