The Dollar remained in a metaphorical dog box Thursday amid a tentative effort at stabilisation after Department of Labor data showed the number of new unemployment claims tailing off further in August.

New welfare claims were 963k in the week ending August 08, the first instance in which the number has come below 1 million since late March and another indication that America's labour market recovery has survived July's accelerated spread of coronavirus and resulting disruption of the economic restart.

New claims were down 228k from the prior week's upwardly-revised 1.191 mn and what's more, the number of continuing unemployment claims declined sharply in the week to August 01.

"In the first full week without the additional $600 weekly top-up from the federal government, fewer people filed first time claims for unemployment insurance continuing a trend decline over the past several weeks," says Tim Quinlan, a senior economist at Wells Fargo. "The level of claims is still higher than it ever was pre-pandemic and remains a glaring reminder that this recovery is only beginning, but it does feel good to be below 1M."

Continuing claims were 15.486 mn still, but down 604k from an upwardly-revised level of 16.09 mn. The figures follow the latest non-farm payrolls report from the Bureau of Labor Statistics, which showed that 1.763 million jobs were either created or recovered from the coronavirus in July.

That pushed the official unemployment rate down from 12.3% to 10.9% and if Thursday's reduction in continuing claims is anything to go by, that recovery likely endured in early August. The revelation was not enough to fully reverse earlier U.S. Dollar losses but did provide tentative respite from declines that threatened to push the greenback back toward earlier lows against the Euro. 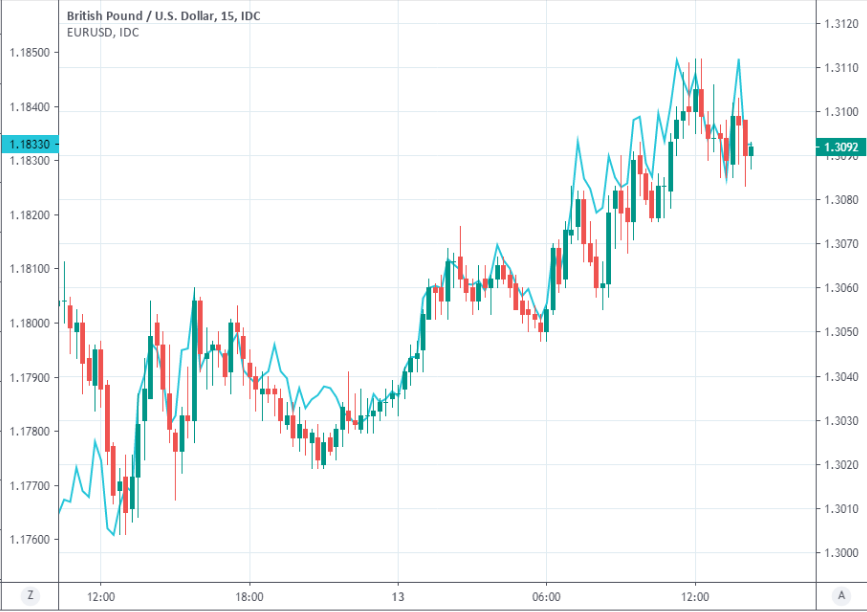 The Dollar steadied after the data but was still swimming deep in red against major major rivals on an intraday basis, with the exception of the Japanese Yen and a New Zealand Dollar that's underperformed since the Reserve Bank of New Zealand (RBNZ) increased its quantitative easing allowance and complained about currency strength.

"The day of the July US employment report, Dollar Index rose 0.7%, its largest daily gain since 11 June. This is a reminder of how soft the US dollar has been lately but still raises the question of whether it might be close to turning the corner," says Sean Callow, a strategist at Westpac. "The US labour market remains weak, with payrolls still 12.9mn below February and the U-6 underemployment rate at 16.5%. Fed officials certainly aren’t celebrating."

Euro-to-Dollar rate gains lifted the Pound-to-Dollar rate and other European currencies, with the former two moves helping to put pressure on the Dollar Index, which may have elicited declines by the closely-correlated USD/CAD that merely exacerbated the greenback's woes.

"USD is down again – with weakness on a bilateral basis coming against Euro-area currencies," says Bipan Rai, North American head of FX strategy at CIBC Capital Markets. "We’re expecting USD/CAD to remain within 1.30-1.35 but we’re highlighting risks to the downside if oil prices rally further from here. If oil prices rally, the CAD will move from a beta play on the USD to an alpha play." 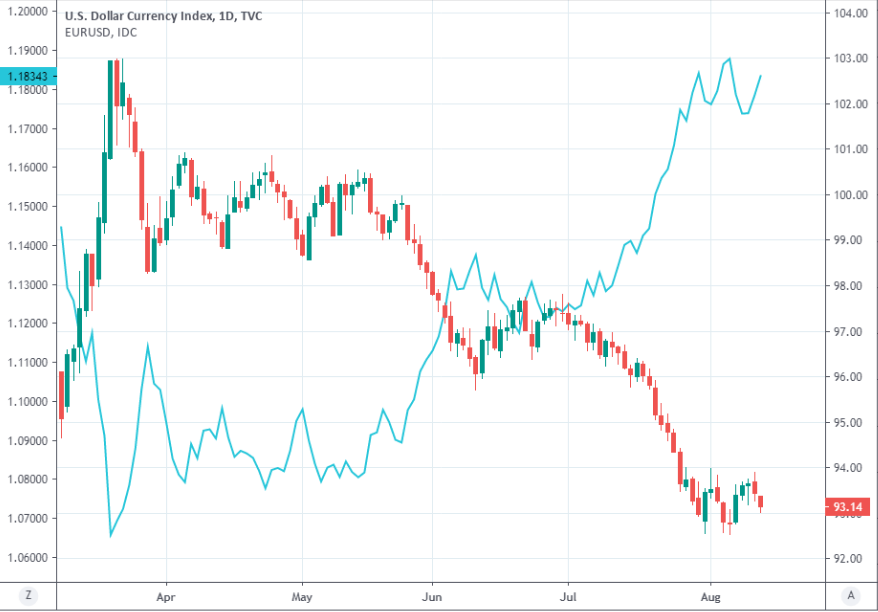 The ICE Dollar Index is 57% comprised of EUR/USD so when Europe's single currency aims for the stars as it has through much of August, the broad but imperfect measure of the greenback is almost always found in decline.

A rising EUR/USD necessitates the appreciation of other local currencies against the Dollar wherever there is an economic imperative for those other currencies to avoid or restrain depreciation relative to the Euro.

European currencies littered the top of the major currency performance table on Thursday while the Dollar bettered only the Yen and Kiwi. This price action came alongside declines for stock markets, flat oil prices, gains for precious metals and a chequered performance among emerging market currencies.

"G10 FX has been caught in the cross current of two opposing forces the past couple of days as its seemed like there has been large persistent interest to buy USDJPY as well as interest to buy EURUSD back towards the 1.1700 support level. The latter is increasingly looking like an emerging trend and a force that one doesn’t want to be in the way of," says J.P. Morgan's FX dealing desk in London, in a morning missive. "I sit in the USD bearish camp." 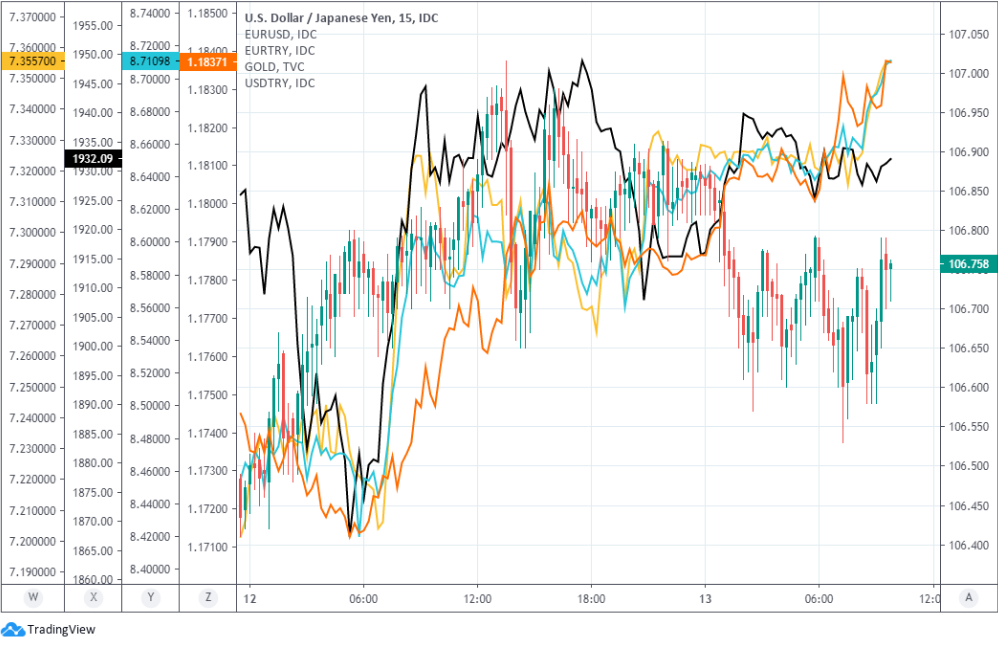