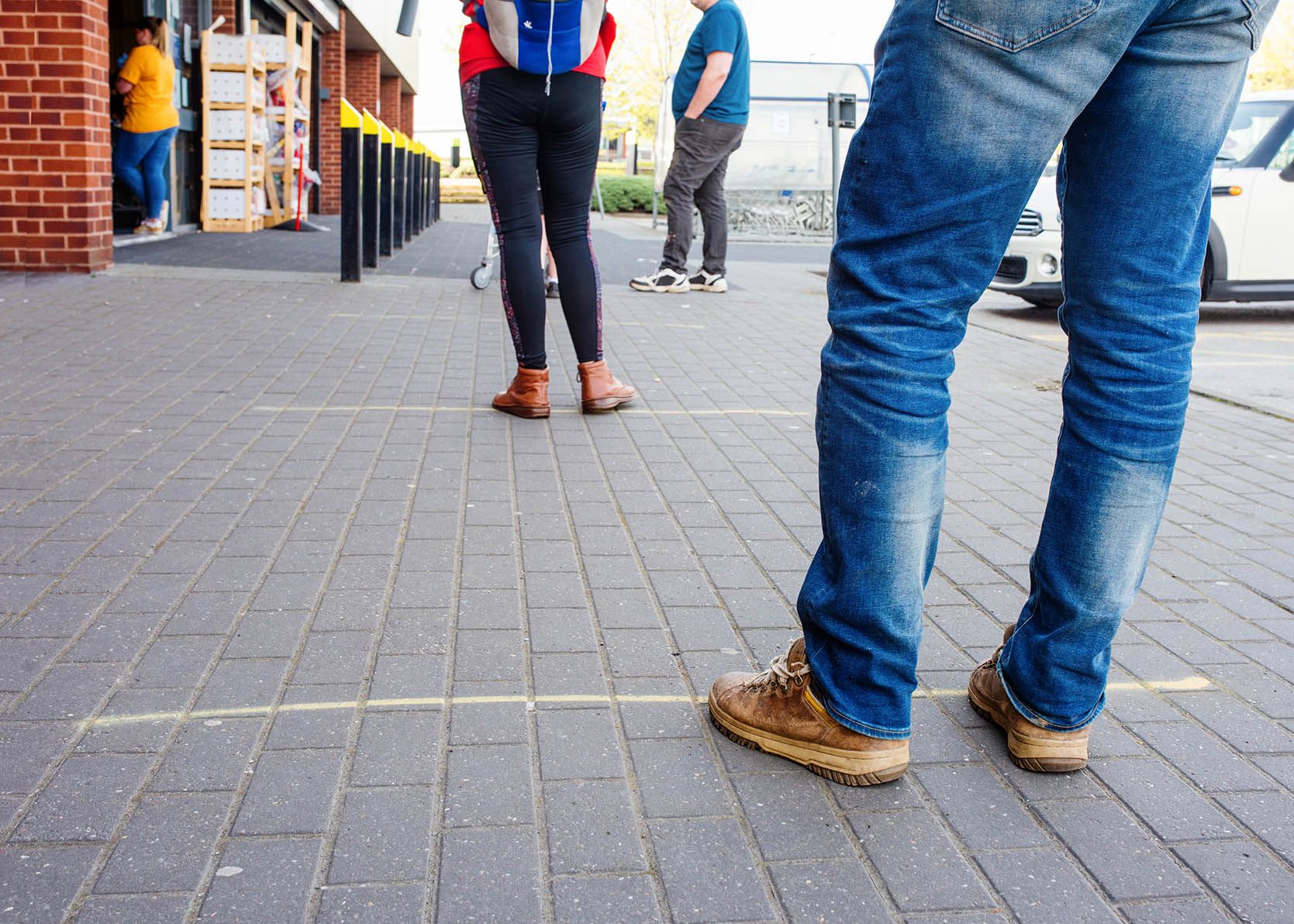 Initial welfare claims were 1.31 million last week, according to the latest Department of Labor report, from a downwardly-revised 1.41mn the prior week while also coming in below a consensus that had looked for 1.37mn applications for assistance in the week to July 04.

Some 1.03 million new claims were a direct result of the pandemic.

Continuing claims fell by 698k to 18.06mn, from a downwardly-revised 18.76 mn the prior week and was also a modest beat against expectations. This is notable because it's the level of ongoing welfare claims that impacts the official unemployment rate reported by the Bureau of Labor Statistics.

"This is the biggest fall in initial claims in four weeks, but July 4 holiday seasonals might have helped push the number down. Claims remain very high, and appear likely to remain above one million per week until early August. Still, we’re relieved that claims have not risen outright in the wake of the reimposition of controls in some southern and western states, coupled with the impact of people choosing to stay home more," says Ian Shepherdson, chief economist at Pantheon Macroeconomics. "Regular initial claims are falling, but claims for PUA are rising again. The labor market, in short, remains in a grim state." 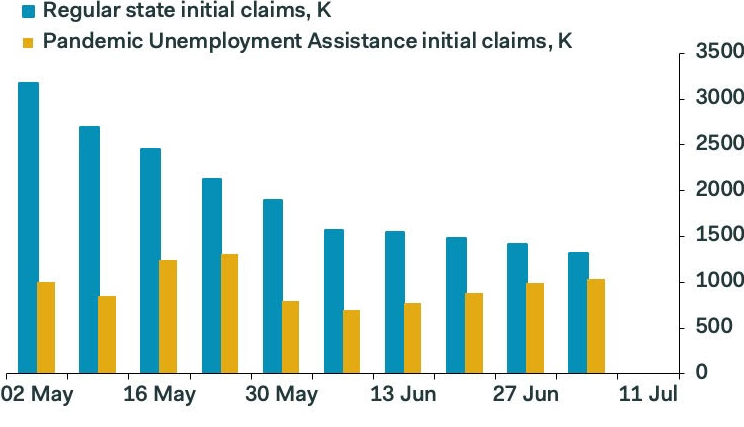 The official unemployment rate fell from 13.3% to 11.1% in June after the economy created 4.8 million new jobs, building further on an upwardly revised 2.69mn gain from May while beating expectations for a 3.03mn add.

But the jobless rate remained way above the 3.5% that prevailed before the coronavirus came along and as Thursday's data confirmed, there were still tens of millions of unemployed dependent on welfare benefits in early July.

The data says little about whether the recovery was sustained beyond the week ending July 04 while many analysts are of the view that it won't be because the period brought with it a significant pick up in new coronavirus infections.

"Talks of a Death Cross, where the 50-day moving average cuts below the 200-day moving average, circulated during the Asian/European sessions and weighed on the DXY. Throughout most of the US session, commodity currencies did not fall with US stock markets when the daily new coronavirus cases in America hit 60k. Instead, AUD, NZD and CAD continued to appreciate with the CNH on the back of bullish Chinese equities," says Chang Wei Liang, a macro strategist at DBS Group Research. 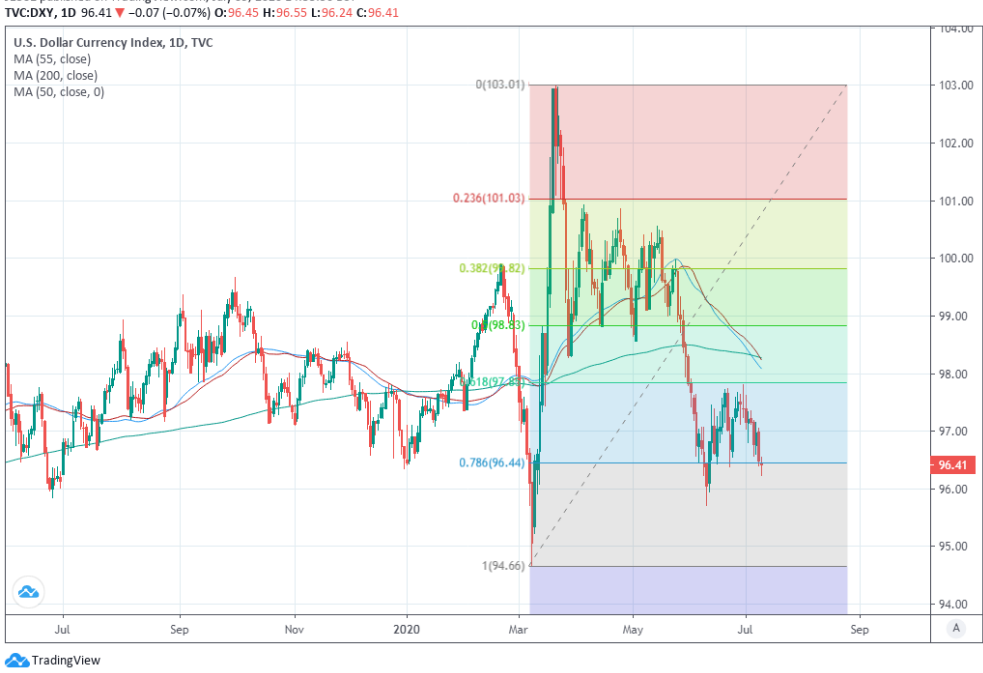 Above: Dollar Index at daily intervals breaking below 78.6% Fibonacci retracement of March rally as 55-day average (red) joins 50 day average in crossing below the more significant 200-day average, creating a bearish 'death cross' on the charts.

Infections rose from 2.55mn to 2.94 as second waves swelled in places like Florida, Texas, California and others.

The second wave has seen states abandon some reopening plans and reverse some earlier decisions to ease restrictions on activity. Since then the total case count has surpassed 3mn following multiple record daily increases.

Analysts have noted that growth in activity tracked by the likes of Opentable and Google mobility reports has slowed, with restaurants, other services and retailers seeing recoveries trail off amid increased caution.

"Traders seem to be increasingly positioning for a structural dollar weakening," says Richard Perry, a senior analyst at Hantec Markets. "EUR/USD in the past few sessions suggests that the bulls are gaining in strength. An initial look at the resistance of $1.1350 was rebuffed earlier in the week and also once more yesterday. However, the bulls seem to be made of sterner stuff now and the market has pushed above this resistance this morning." 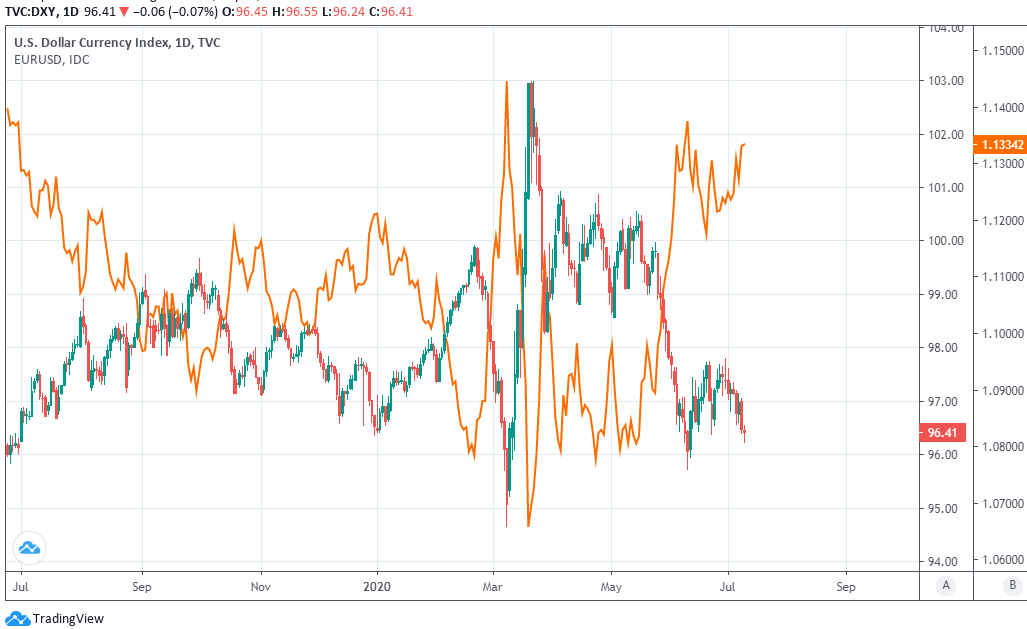 It matters little for the economy that the federal government is opposed to fresh 'lockdowns' because even if those were to be avoided, consumer and business confidence could be hampered by a botched containment of the virus. If consumers are not willing to venture out, the recovery will be constrained.

Despite outperforming many major rivals heading into 2020, the U.S. came off comparatively worse than many in the first quarter when American GDP fell by -5%, more than twice the -2.2% falls seen in both Britain and Germany.

It was also larger than the -3.8% contraction seen for the Eurozone while the world's largest economy has also now lagged behind those rivals in the race to contain the virus, which could see others outperforming the U.S. and be enough to keep the Dollar under pressure, some analysts say.

"Better management of COVID cases might help to inform better expectations for growth domestic or abroad," says Mazen Issa, a strategist at TD Securities. "This may be why the AUD may not be adversely impacted from the recent surge in cases or a second lockdown in Melbourne because the political will to nip it in the bud is better for recovery efforts. Many regions have built some credibility with markets in stemming contagion, whereas the US has not." 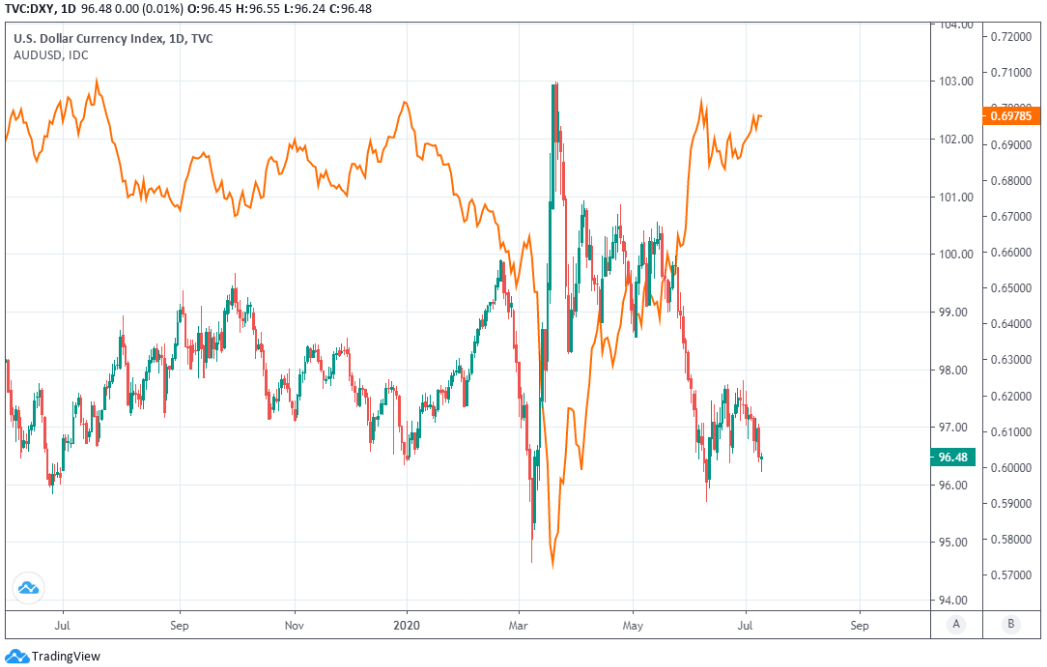