- ING says weakness to be limited, EUR/USD range to hold.

- Morgan Stanley says it's all downhill from here for the USD.

The Dollar was higher against only the safe-haven major currencies Friday after building on a broad decline in response to a disappointing October retail sales report, although strategists at Morgan Stanley told clients earlier in the session that the going is likely to be all downhill for the U.S. currency from here.

U.S. retail sales grew by 0.3% last month, reversing an equivalent decline from the prior period and beating a market consensus that had looked for only a 0.1% rise, but the more important core number missed estimates.

Core retail sales, which remove costly automobiles from the data because of the distorting impact they can have on underlying trends, rose by only 0.2% in October when the market was looking for a 0.3% gain. However, that also reversed the fall of 0.1% seen in the prior month.

"Auto sales were a contributor, even though earlier released industry data suggested a slight decline. Gains were relatively widespread, and one source of weakness, clothing, appeared to have been dented by an unusually large drop in apparel prices during the month. The retail sales control group (sales ex-autos, gas, bldg. materials & food services) matched the headline, up 0.3%," says Royce Mendes, an economist at CIBC Capital Markets.

Mendes says Friday's report "continues to suggest that consumers are supporting growth," which might come as a relief to investors in light of recent speculation suggesting the manufacturing downturn would soon hurt the bigger and more important services sector.

That's good for the U.S. growth outlook and is also positive for the global economy given the significant influence that American consumers have over the world economic cycle, but it's not great news for the Dollar. 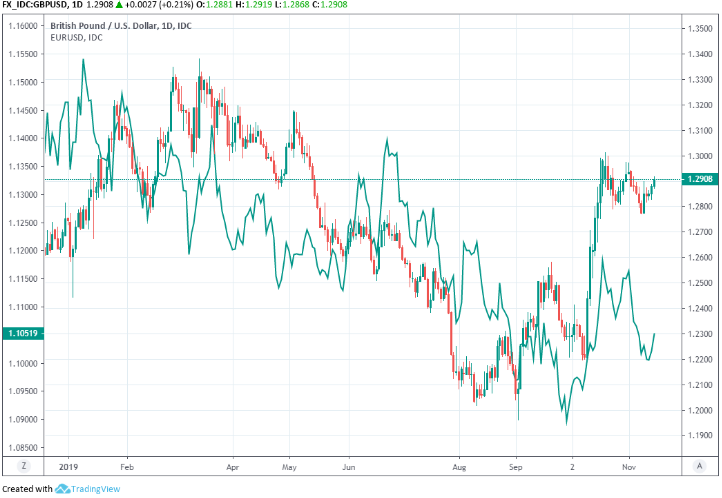 "The brief dip below 1.0990 yesterday in the pair was not convincingly USD bullish, so we would wait for a daily close below that level before selling the pair. Alternatively, the other option is to wait for better entry points north of 1.1075. US data today have a rather high bar to cross for the USD to do an "across-the-board" about face. The moderate reduction in demand for "safe havens" and the slight offered tone in USDRMB are partly responsible for this," says Stephen Gallo, European head of FX strategy at BMO Capital Markets.

Gallo says the Dollar needs a "clear directional swing of swap rate differentials in its favor" in order to reverse the capital markets tide that's recently turned against it. That itself requires either markets to again begin pricing-in interest rate cuts outside of the U.S or for American economic data to turn sufficiently positive for investors to feel comfortable betting with more weight that the Federal Reserve (Fed) will not need to cut its own rate again.

October's retail sales growth wasn't strong enough to move the dial as it relates to the outlook for Fed policy and, if anything, the steady pace of growth may have further undermined expectations for interest rate cuts elsewhere in the world. German and French government bond yields recovered from earlier losses in line with their U.S. counterparts in the wake of the report, suggesting European investors also saw the numbers as good news for them too.

"We do see some downside risks here, but suspect that any dollar weakness will be felt more against the high yielders than EUR or JPY," says Chris Turner, head of FX strategy at ING. "Expect EUR/USD to trade a 1.0990-1.1060 range." 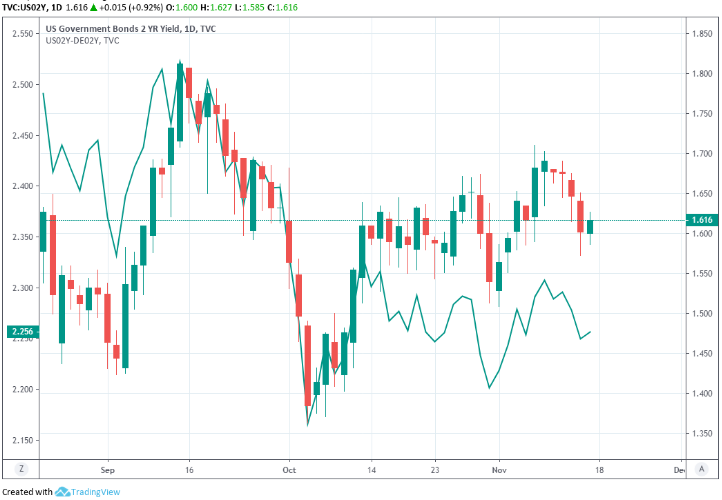 Relative bond yields, as well as expectations of them into the future, are important drivers of the capital flows that govern movements in exchange rates and since President Donald Trump announced a 'phase one deal' to temporarily end the U.S.-China trade war in October, European yields have recovered strongly from their earlier declines. That's kep the difference between German and U.S. yields relatively stable, which is a development that's come amid signs of an economic thaw on the old continent.

Yields are stabilising and green shoots appearing in the fields of Europe at a time when the Federal Reserve is pumping new Dollars into the U.S. and global financial systems at a rate of knots not seen since the quantitative easing years. It's doing that to reverse the effects of its damaging 'balance sheet normalisation' policy but strategists at Morgan Stanley told clients Friday the move risks creating a glut of Dollars on the market in the coming months.

"Once year-end pressure eases, excess reserves should put the USD under sustained selling pressure," says Hans Redeker, head of FX strategy at Morgan Stanley. "DXY has retraced 50% of its October decline, but seems to now be in retreat...We claim that the ‘USD smile’ has converted into a ‘EUR smile’, suggesting that EUR will rally should one of the following two conditions emerge: assets selling off undermining the global carry trade or a surprisingly strong economic rebound."

The Euro-to-Dollar rate accounts for more than half the "DXY" or Dollar index referred to by Redeker so if and when the Euro moves higher or lower, the broad measure of the greenback will likely go in the opposite direction. And if there's a Euro rally in the pipeline for the weeks or months ahead then it would take an unlikely combination of losses for other currencies to avert a more protracted decline by the Dollar index. 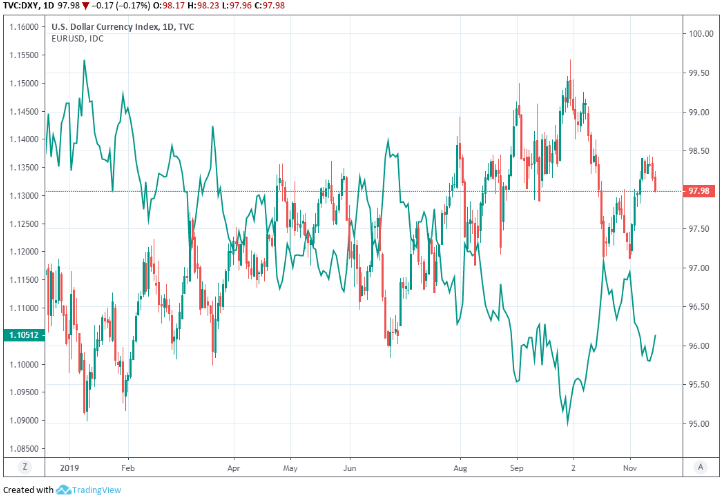