- As foreign debt and rising inflation drive currency into the ground.

- Because budget and current account deficits spiral out of control.

The U.S. Dollar could soon fall as much as 30% in a sell-off that could leave it looking like the bombed out Turkish Lira, according to the founder of Bridgewater Associates, the largest hedge fund in the world.

The U.S. economy is a ticking time bomb with a detonator set for about 2 years time, according to Ray Dalio, the chairman and founder of Bridgewater.

He warned again in another interview with Bloomberg News this week that the world's largest economy will suffer an inflationary depression that is accompanied by a 30% sell-off in the Dollar.

The next big crisis will be caused by an unaffordable build-up of debt in the economy that is exacerbated by a devaluation of the Dollar, which pushes up the cost of servicing an increasingly large pile of foreign currency debt. 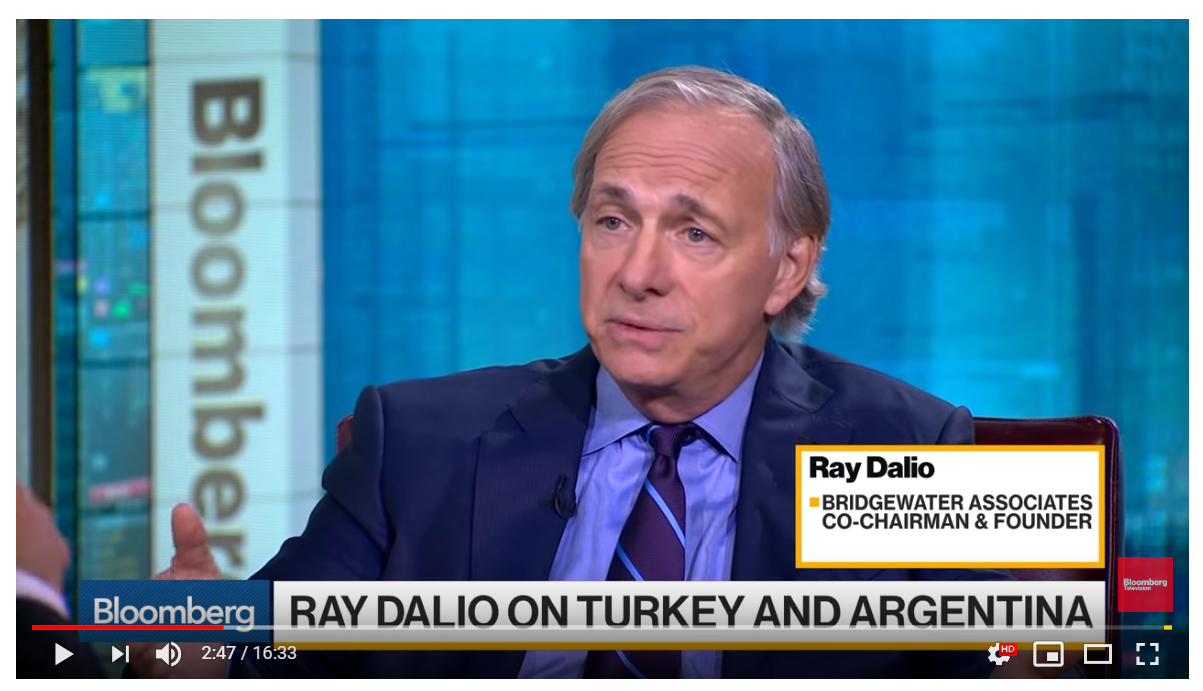 Dalio says the U.S. might even go through the kind of inflationary debt crisis suffered recently by emerging market economies like Argentina and Turkey.

Those were caused mainly by political meddling in the affairs of the respective central banks, although that interference then led to huge falls in the Turkish and Argentine currencies, which then encouraged rapid increases in inflation.

Dalio’s ideas come from his recent book “A Template for Understanding Big Debt Crises” in which he systematically analyses 48 historical debt crises in order to show how and why they happen. 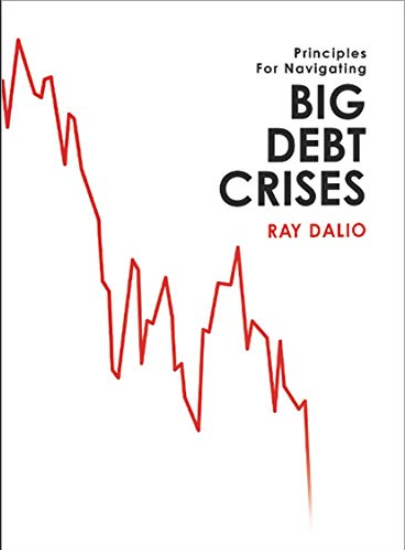 Most debt crises end up painting very similar pictures, although Dalio distinguishes between those that are ‘inflationary’ and ‘deflationary’.

“When it is denominated in a foreign currency, like these countries, which have a lot of Dollar-denominated debt, then they can have a problem servicing that debt. When the Dollar goes up they don’t have enough cash and they get into that spiral of printing money which devalues their currency and makes it even harder to meet their debt obligations,” Dalio says.

The type of crisis caused when debt is largely foreign is ‘inflationary', while crises in countries that have manageable foreign debt piles are ‘deflationary’. The U.S. experienced a deflationary crisis in 2008 and 2009.

The unique thing about Dalio's next U.S. crisis is that it will be an inflationary one, which is the kind that normally only occurs in developing nations, because those nations tend to rely on borrowings from overseas.

The U.S. is also now increasingly reliant on foreign funding due to its widening budget deficit, explaining Dalio's theory, and many analysts are forecasting that this will weigh on the Dollar over the coming years.

The counter argument to this nightmare vision is that the U.S. won’t get into a crisis because the economy is strong enough to avoid one. Yet he is sceptical of this notion.

The current growth spurt experienced in the U.S. is the result of stimulus provided through government tax-cuts. Dalio says that fiscal ‘injection’ will wear off in 18 to 24 months.

He also says the government will not be able to cut back its expenditure easily or quickly enough to prevent it having to borrow increasing amounts from anybody who will lend to it, and so the foreign debt will build.

Dalio compares his next crisis to that which happened in the 1930s after the Wall Street crash, which was one of the ‘deflationary’ type.

In both periods interest rates were cut and in the latter new money was injected into the financial system through quantitative easing in order to stimulate the economy.

In both cases, monetary policies led to a recovery in asset prices and in both eras, the social and political effects of those policies were similar in that they exacerbated inequalities of wealth.

QE offered a punch bowl to the stock market, which was great if you owned stocks but not so great if you didn't. In stark contrast, the have-nots of society mainly suffered from the effects of worsening austerity.

The political consequences have also been markedly similar. Both eras saw the rise of ‘populism’ and other types of so-called extremist politics as a reaction to the social injustices that are perceived to have been caused by crises.

This raises the spectre of even worse political extremism on the horizon, possibly even war. Dalio suggests the current period is actually equivalent to the 1935-45 period which encompassed the second world war.

If there is a silver lining to Dalio’s analysis it is that debt crises are in some way necessary and are also self-correcting.

The currency devaluation which accompanies the inflationary type of crisis is also the means by which the country’s economy heals itself.

When a currency rapidly devalues it wipes out the value of its own local-currency debt. It also stimulates the economy and helps right the balance of payment deficit by making a country’s exports more competitive.

Dalio recommends waiting for the moment when a country’s fiscal deficits are restructured by loans from the likes of the International Monetary Fund (IMF), which is a sign a country is at rock bottom and that the only way is up.