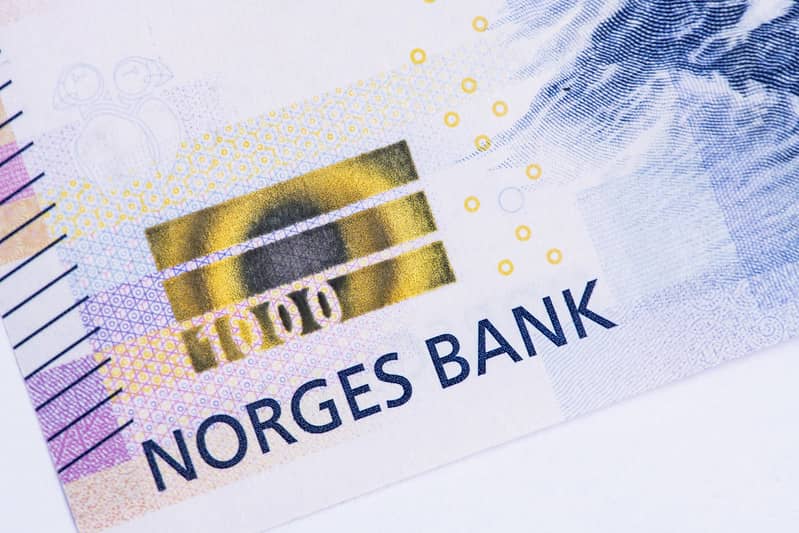 Norway's Krone fell in the minutes following a Norges Bank decision to hike interest rates 50 basis points, an increment markets judge to be too meek in the current high-inflation environment.

The central bank also sent a clear signal it was now readying to slow the pace at which it raises interest rates as it expects the economy to slow to such an extent inflation inevitably falls.

The Pound to Krone exchange rate rallied half a percent to 11.7326, taking bank transfer rates to ~11.04 and money payment specialist rates to ~11.70.

The Norges Bank said although inflation was too high and the labour market remained tight, "there are now clear signs of a cooling economy. Easing pressures in the economy will contribute to curbing inflation further out."

The Krone was down against all its G10 peers apart from the Swiss Franc (which was spooked by hints of SNB intervention and signals it too was ready to slow its hiking cycle).

In fact, the decision and guidance from the Norges Bank underscores the Krone's status as the worst performing major currency of the past month.

Norway's policy rate has been raised from zero to 2.25% over the past year and the Norges Bank said in a statement monetary policy is starting to have a tightening effect on the Norwegian economy.

"This may suggest a more gradual approach to policy rate setting ahead," it said. The Norges Bank's own projections now envisage a terminal rate of 3.0% by year-end.

The Norges Bank is therefore clearly looking to slowdown and this could deprive the NOK of yield support going forward. 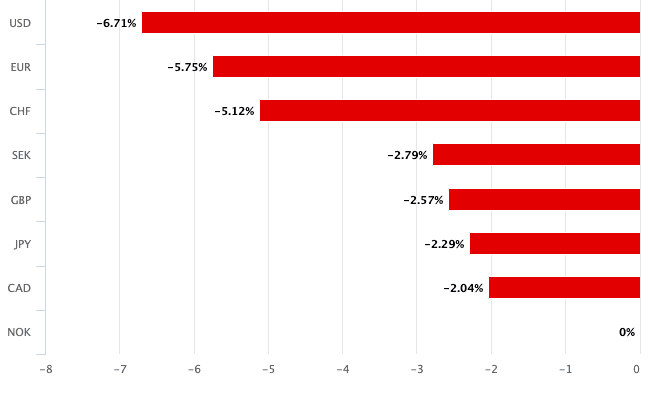 Above: NOK performance over the past month showing it was already struggling for support heading into the Norges Bank decision.

The Norges Bank does offer some guidance on the NOK, saying it has traded stronger than they had expected at the time of their June monetary policy report.

They say elevated gas prices have proven supportive but falling oil prices have pulled in the opposite direction.

"The krone has recently depreciated and is projected to stay close to today’s level before gradually appreciating over the projection period," reads the Bank's monetary policy report.

"If the interest rate differential widens more than assumed, the krone may appreciate faster than projected. On the other hand, heightened uncertainty in global financial markets may lead to a depreciation of the krone," it adds.