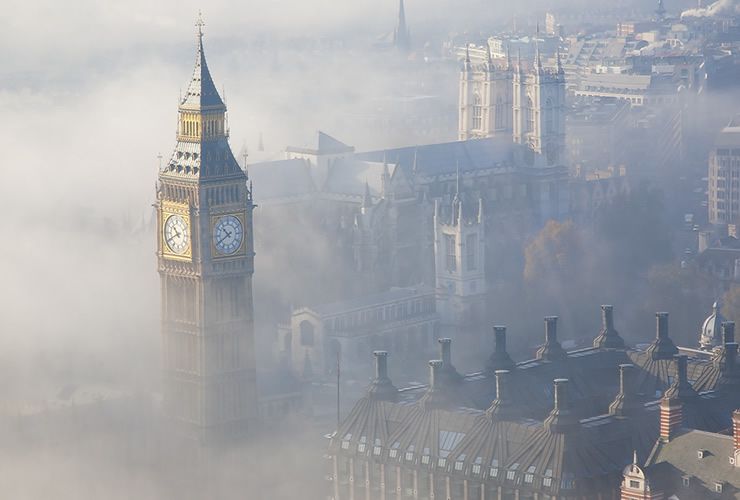 UK construction activity grew at a slower-than-forecast rate in August, adding to the soft sentiment besetting the British Pound at the start of the new week.

Pound Sterling was put under fresh pressure mid-morning in London Monday after a key survey of the construction industry showed sector activity extending its recent decline during August.

The IHS Markit Construction purchasing managers index came in at 51.1 for the month, down from 51.9 and far below the economist consensus forecast for a minor increase to 52.1.

“Survey respondents noted that subdued business investment and concerns about the UK economic outlook had led to a lack of new work to replace completed projects,” says Tim Moore, a director at IHS Markit.

Driving the continued downturn was a further fall in the level of commercial construction activity, which fell at the fastest pace since the month following the Brexit referendum after being hit by a slowdown in new order volumes to replace completed projects.

Residential construction activity was strong during the month, with activity continuing to rise at a rapid clip, although not a sufficient enough pace to offset the fall in commercial activity.

“There were signs that UK construction firms are bracing for the soft patch to continue into this autumn, with fragile business confidence contributing to weaker trends for job creation and input buying during August,” Moore noted.

The data adds to a subdued tone for Sterling which needs economic activity to pick up in order to help shift the pervasive negative sentiment held on the currency by global markets.

The Pound to Euro exchange rate extended its losses to -0.48% in the aftermath of the release, to be quoted at 1.0868, while the Pound to US Dollar rate gave up some of its gains, taking the exchange rate to 1.2948 and its intraday gain down to 0.16%.

After a torrid start to the previous week, Sterling closed Friday having pared a decent portion of its losses, with weaker than expected US payrolls data and a concerns over a possible ECB-Put at this week’s meeting weakening both the Euro and Dollar pairs.

“One of these days, all that US job creation is going to spill over into higher wage rates, but those days aren't here yet...The Fed wants to see at least a hint of inflation before resuming its rate hike path, and at least in these wage numbers, it wasn't there,” Avery Shenfeld, chief economist at CIBC Capital Markets, wrote in a note Friday.

The European Central Bank will follow its latest monetary policy decision with a press conference on Thursday, 07 September, an event which is likely to dominate the agenda for all Euro currency pairs during the week ahead.

Fears have been that the bank might look to sap some of the recent strength from the Euro either by deliberate verbal intervention or revising its inflation forecasts lower and citing the Euro as the reason for doing.

The bank could also elect to disappoint markets by putting the subject of QE tapering on the back burner until another meeting.

Traders and investors have speculated that the bank will begin tapering off its bond purchases, known as quantitative easing, at some time this year - which has driven a 13% appreciation in the Euro to US Dollar exchange rate and a 7% increase in the pound to Pound to Euro rate.

“The big issue at this week’s meeting will be the stronger euro.... Clearly, the recent appreciation of the euro has complicated any plans by the ECB. Therefore, we expect Draghi to strike a cautious balance between giving the first clear hints of upcoming tapering and dovish sounds in order to calm the FX market,” says Petr Krpata, an fx strategist at ING Group.