The Pound could go higher over coming weeks but don't get greedy, the longer-term outlook is still challenging. 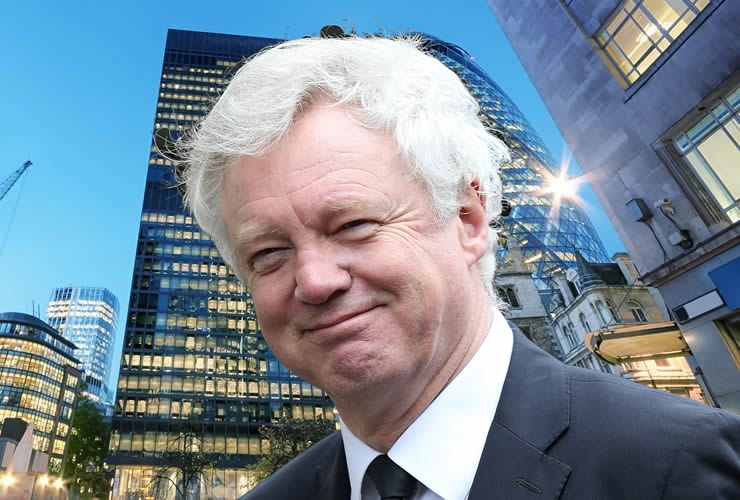 The UK Government's apparent realignment of priorities in favour of Brexit in Brexit negotiations is another reason why the outlook for Sterling is looking more favourable near-term.

The US Dollar is meanwhile likely to continue its period of underperformance over coming weeks, while the Euro will likely maintain strength.

Foreign exchange strategists at Morgan Stanley say they project limited upside for the US Dollar over the next couple of weeks, but they cannot "get too bearish on European currencies including the GBP at this stage".

“GBP trades Brexit economics and here the outlook seems to have become more fluid, with the UK government making big steps towards improving its relationship with business,” say Morgan Stanley in a currency briefing dated July 5.

It would appear that a good outcome for business is now a key objective for negotiators who had previously been focussed on social issues such as immigration, and ideological issues such as independence from European courts and governance.

“The UK’s negotiation target seems focused increasingly on the needs of the economy,” say Morgan Stanley who see this as being positive for Sterling.

Britain’s Secretary for Leaving the European Union, David Davis, is set to reach out to British business leaders by hosting a day-long conference at his private country residence.

Davis will hold talks Friday at Chevening House, in Kent just outside London, with business leaders “to step up its engagement with U.K. businesses,” said a statement from the Department for Exiting the European Union.

This pro-GBP view from Morgan Stanley appears to be ‘shorter-term’ in nature and is the latest in a list of viewpoints that suggest perhaps the Pound is likely to appreciate somewhat following the poor performance seen during much of June.

We have noted that these gains might also come against the Euro, which is the best-performing currency amongst the world’s top ten major currencies.

Driving recent resilience in Sterling is a bout of hawkishness seen at the Bank of England where hints of an interest rate rise at some point in 2017 are seen on an almost daily basis.

Most recently, the BoE’s Michael Saunders (who voted for a hike last meeting) said UK households should prepare for tighter policy ‘at some point’.

And higher interest rates are usually a response to rising inflation, or expectations that inflation will rise in the future.

The UK's latest BRC shop price index suggests that deflation pressures have eased to their lowest level in three years confirming the country's inflation rate is to remain elevated.

We will be watching this month's inflation data release and reckon that should inflation fall below expectation the Pound could suffer as it could allow those hawks at the Bank of England to row back on their pro-GBP calls for an interest rate rise.

All indicators do however suggest inflation will be robust enough to justify the stance of the Bank's policy-makers.

Yield differentials, which represent interest rate expectations, and are a major driver of exchange rates have already moved in anticipation of a rate hike, suggesting that it there is one, Sterling’s appreciation will be muted.

“Currently, and after the sell-off of recent days, the 5Y Gilt is trading at 0.72%, or 47bp higher than the BoE base rate (and 2Y yields have also risen sharply). Therefore, the market seems already to have discounted a rate hike,” says Unicredit Bank’s Katherin Goretzki.

Analysts at UniCredit believe raising interest rates at the Bank of England would represent a policy mistake.

Nevertheless, there would be some reaction by the Pound, and Unicredit calculate that expectations of a hike would probably lead to a fall of 4.0% in EUR/GBP:

“Even if we allow for German yields to remain unchanged and inflation differentials to remain flat, this would imply a modest drop in the model’s “short-term fair value” to close to 0.84. Still, this corresponds to a drop of roughly 4% from current trading levels, a meaningful depreciation in EUR/GBP,” said Goretzki.

Meanwhile, the headline EUR/USD has started to correct downwards from its latest bull sequence from the April 1.0570 low.

“We would not hesitate buying into EUR strength should EUR/USD break 1.1450,” say Morgan Stanley in a hint of their overall preference for the Euro.

The Euro is already the best-performing currency amongst a group of the world's ten biggest currencies thanks to a combination of improving growth in the Eurozone economy and faded political risks.

As a result, the European Central Bank that believes its job of stimulating the region's economy is almost done.

While Morgan Stanley are constructive on Pound Sterling near-term, the longer-term picture is however one that suggests decline.

Indeed, Morgan Stanley believe the Pound to Euro exchange rate is ultimately pointed lower for the duration of 2017.

Redeker says these comments are meaningful and, "with the hindsight of the market reaction, well-timed.”