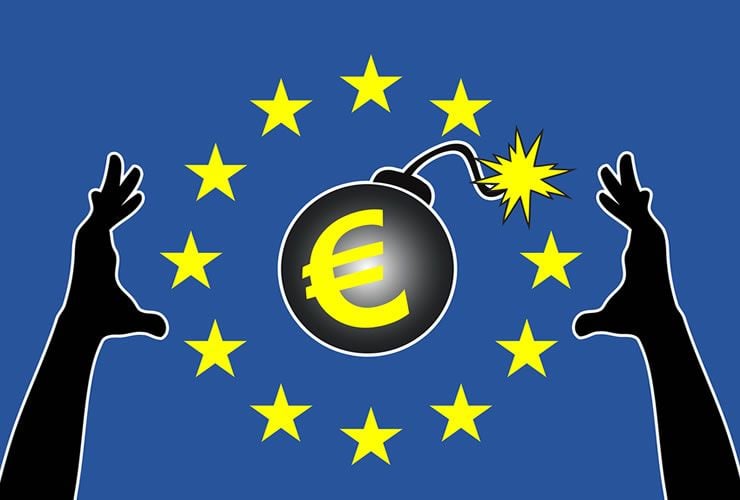 Pierre Carlsson at Handelsbanken tells us why the Eurozone is already a big loser of the frictions caused by the United Kingdom's referendum on continued European Union membership:

It is probably safe to say that the pound will lose even more ground, should the outcome of the EU-referendum be for UK to leave the union.

Apart from struggling with a new trade agreement, direct investments from abroad will take a huge hit.

In fact, they have already started to decline out of fear of Brexit. 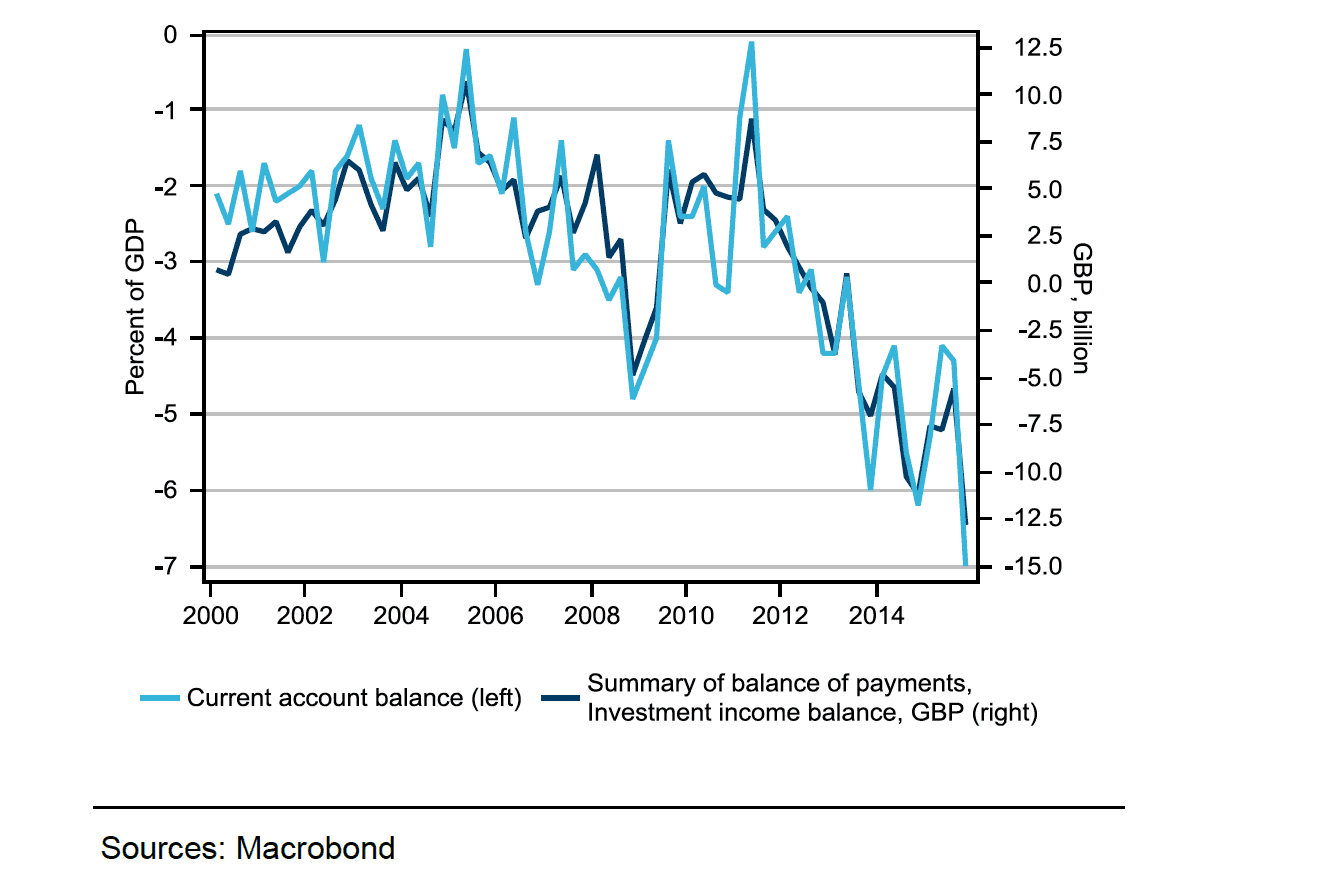 Above: The country’s current account deficit is growing, and as noted by Bank of England Governor Carney, a Brexit will see the required investor inflows needed to negate this deficit potentially dry up.

It seems the eurozone also has a lot at risk.

The nationalist movements are gaining ground all over Europe, both in the eurozone and in other EU-countries.

Anti-EU parties are strong within core countries like the Netherlands, Belgium and France.

The UK has never been part of the common currency but undoubtedly, a British exit would fuel the protectionist tendencies that now exist in several European countries that reduce the basis for solidarity solutions in areas such as Greek government finances and weak Italian banks.

As a consequence, the referendum will also directly affect the euro.

After the relief that many will feel if the UK decides to stay, the next obvious question will be whether it was worth it.

On top of the British referendum, we see another series of tough challenges to the EU and the eurozone over the next year or so.

Next year, elections will be held in the Netherlands, France and Germany, and it is very likely that the EU question will dominate the debates.

In the Netherlands and France at least, there will be powerful voices raised for new agreements or exits from the Union.

In July, a month after the British vote, Greece has large loan maturities with the IMF and ECB.

Today, the IMF is putting a lot of pressure on the EU and Germany to either take over their parts of the support package or to writedown the debt.

The problem with the banks – mainly the Italian ones – has just been swept under the rug and could erupt at any time.

The great wave of emigration from Syria and Afghanistan will commence again during the spring and continue to raise tensions within the EU.

It seems that the EU and the euro have nothing to gain in the upcoming British referendum; but of course, the worst outcome would be a Brexit