- NOK outlook underpinned by a more ‘hawkish’ Norges Bank
- May now raise its interest rate twice in 2021 instead of once
- NOK seen outperforming EUR, SEK and others later this year 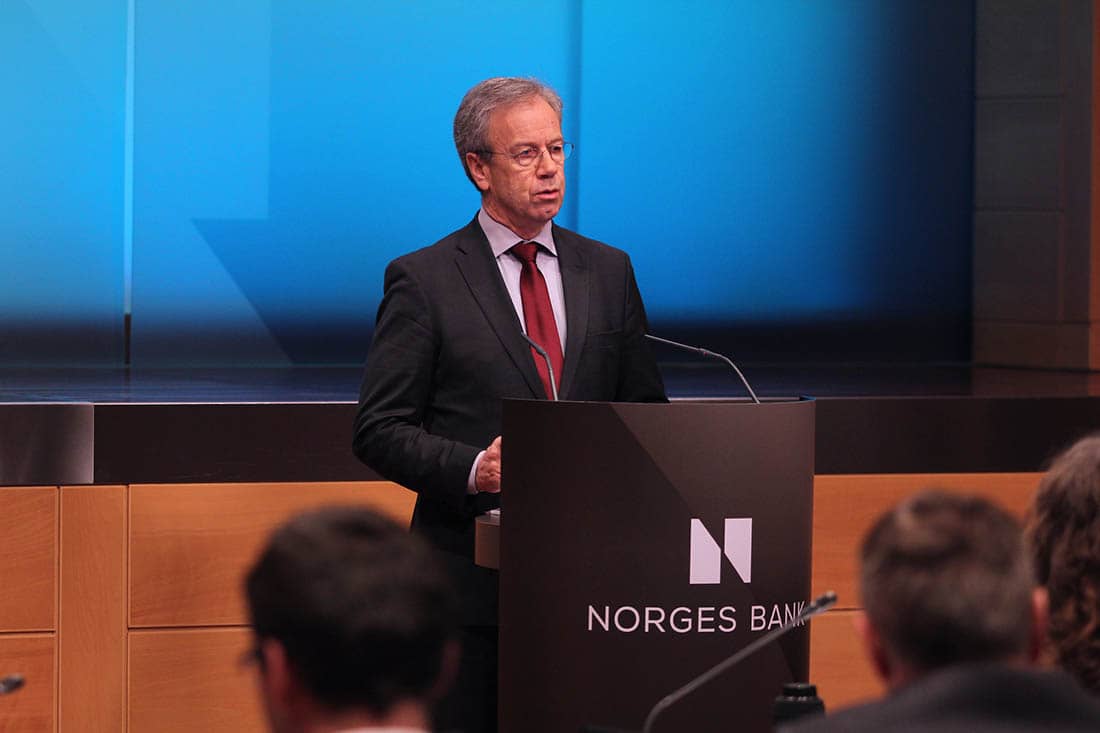 Norway’s Krone advanced against the Swedish Krona but ceded ground to the Euro and all other currencies in trading characterised by strength in the U.S. Dollar and declines for oil prices, with traders appearing to overlook Norges Bank’s raising of the monetary policy stakes.

“In the Committee’s current assessment of the outlook and balance of risks, the policy rate will most likely be raised in September”, says Governor Øystein Olsen, in the Norges Bank’s June policy statement.

This was before citing recent increases in vaccinations and relaxation of restrictions on social contact for a rebound in economic activity that has so-far proven to be stronger than was anticipated at the time of the bank’s last forecast in March.

“Importantly, the Norges Bank’s new rate path is slightly higher than in the March Report and implies a policy rate of 1.5% by 2024 (previously: 1.3%),” Haddad says.

Governor Olsen later said in a press conference that interest rates could rise twice before year-end rather than on just the one occasion, before being increased a further two times in the first half of 2022, which is a greater uplift to borrowing costs than previously guided for.

“We expect the NOK to gain ground on the euro and the SEK by the end of the year,” says David Oxley, a senior Europe economist at Capital Economics. 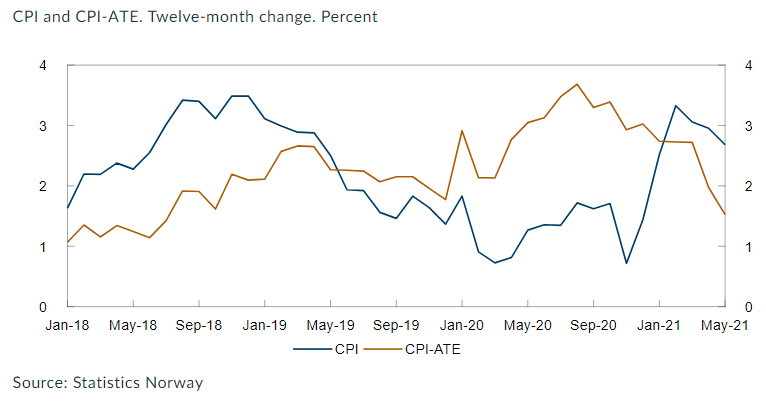 “While the market is pricing in a series of rate hikes, we still think there is scope for gains in the NOK as reality bites. We forecast the krone to rise to NOK 9.5 per euro by year-end, from NOK 10.15 currently, which would make it one of the best performing G10 currencies,” Oxley adds.

Typically central banks exert control over interest rates and bond yields in order to influence borrowing costs as well as overall economic activity, with a view to delivering predefined objectives for inflation rates over specified periods as well as other objectives: Norway’s inflation target is 2%.

In this regard, Norges Bank noted on Thursday that while “underlying” measures of Norwegian inflation have recently fallen from above targeted levels to slightly below targeted levels, interest rate rises will be necessary to keep prices in check as well to reign in financial imbalances and stability risks like accelerating house prices.

“Tactically, EUR/NOK is likely to keep drifting between the 10.00 and 10.20 range unless the range breaks in USD/NOK,” says Kenneth Broux, a strategist at Societe Generale. 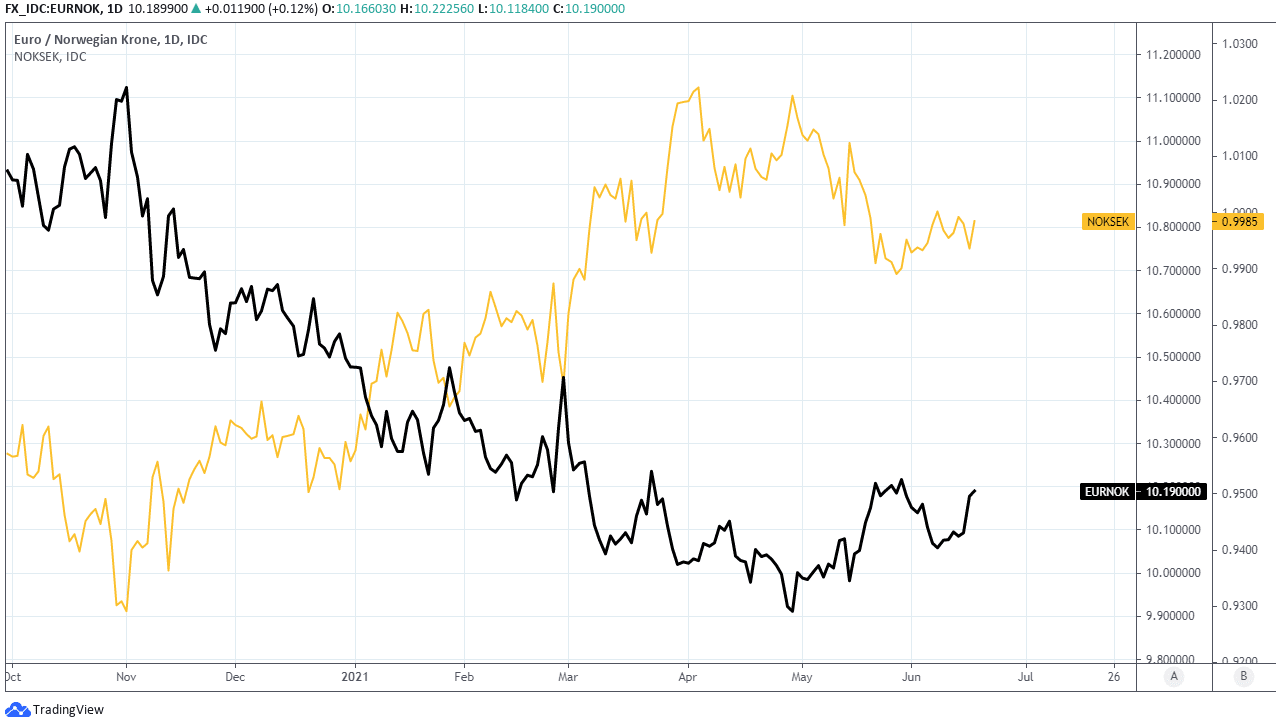 Norges Bank’s guidance would, if delivered, lead it to become the first major economy central bank to lift interest rates since the coronavirus swept the globe in early 2020, leading all central banks across the world to cut borrowing costs to bare minimum levels.

Since then a number of emerging market central banks have already lifted interest rates but among major industrialised economies borrowing costs have remained near to zero, with only the Bank of Canada and Reserve Bank of New Zealand clearly signalling risks of interest rate rises next year.

No other major central banks have said or done much to indicate that rate increases are likely any time soon, although the Bank of England (BoE) has warned that it could do so sooner than financial markets anticipate if nascent above-target inflation pressures were to have longevity, while the Federal Reserve (Fed) gave an indication on Wednesday that it might be willing to lift borrowing costs late in 2023.

“The UK and Norway will also probably hike before the Fed gets round to it. but before we get to them, we may need to let the EUR/USD (and DXY) move play itself out. It's been bottled up in a tiny range for long enough that the break has considerable pent-up energy,” Kit Juckes, chief FX strategist at Societe Generale.