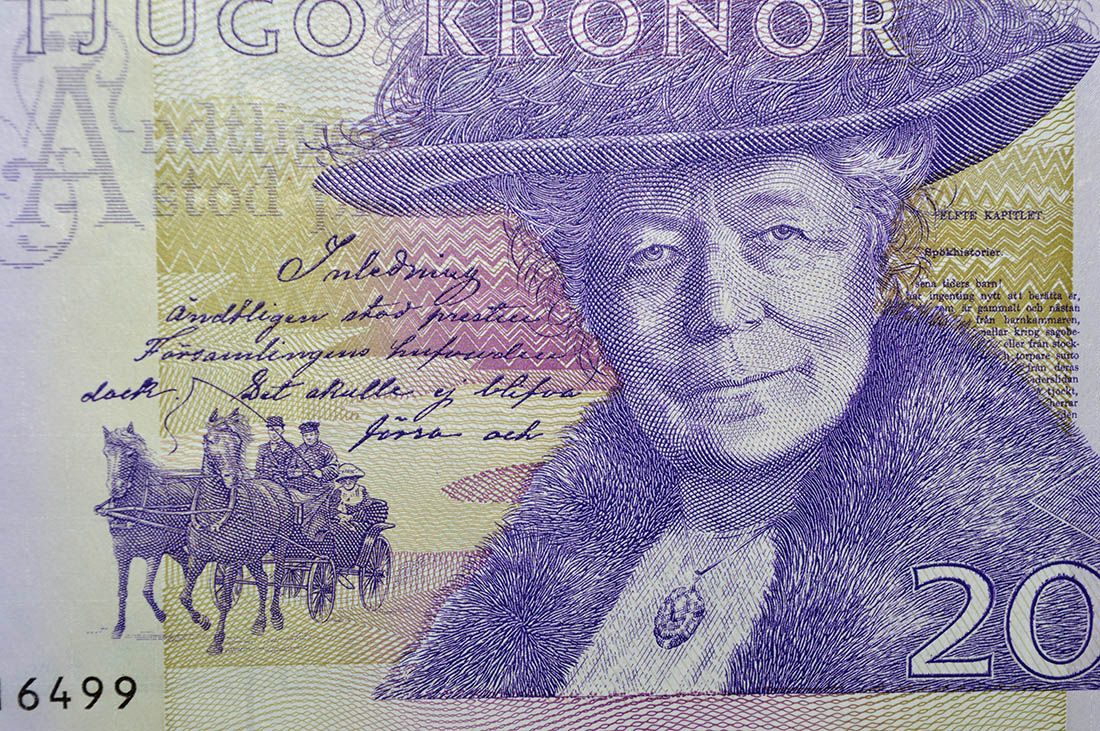 In a briefing note to clients, researchers at Sweden's oldest listed company say the Pound can strengthen further thanks to an improved economic outlook and a strong vaccine rollout that places the economy at a relative outperformance advantage.

But the Krona could start to make a comeback in the second half of 2021 as the Riksbank exits its quantitative easing programme, a development that would happen before the U.S. Federal Reserve, European Central Bank and Bank of England.

"The Riksbank announced that the size of its asset holdings will be unchanged until 2022 at least. This means that the Riksbank will discontinue its QE purchases earlier than the ECB, and maybe also the Fed. This could provide support for the krona during the second half of the year," says a note from Handelsbanken.

The Swedish Krona has had a mixed 2021 to date, falling against the Dollar and commodity currency bloc buy rising against the Euro and safe haven currencies such as the Yen and Franc.

The Pound-to-Krona exchange rate has fallen 3.0% already in 2021, with the pair quoting at 11.60 at the time of publication.

Expectations for a strong rebound in economic performance in the UK over coming months are seen as the primary driver of Sterling outperformance; indeed the currency has risen against all G10 peers so far in 2021.

"In 2020, UK GDP fell by almost 10 percent, which naturally broke all records. Nevertheless, the fourth quarter was slightly better than expected," says Handelsbanken.

"The future looks brighter. Companies are reported to be coping well with the Brexit changeover, and above all, the UK is a long way ahead of the EU as regards its rate of vaccinations," say analysts. 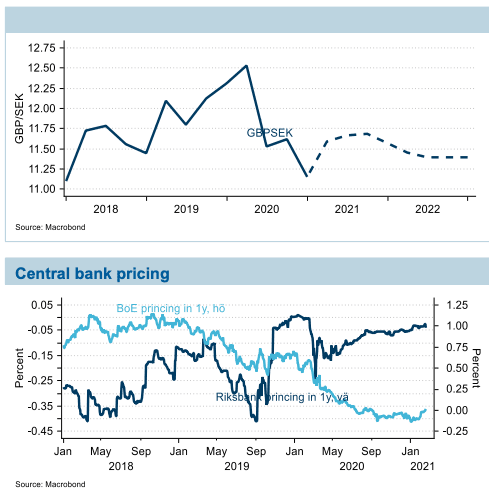 "In addition, the Bank of England painted a brighter picture of the future than most analysts had expected, and all the speculation concerning a negative policy rate proved wrong, at least for the moment," they add.

"Sterling is performing more strongly, and if we look at this in relation to our forecast versus the Swedish krona, there is some scope for a little more strength," says Handelsbanken.