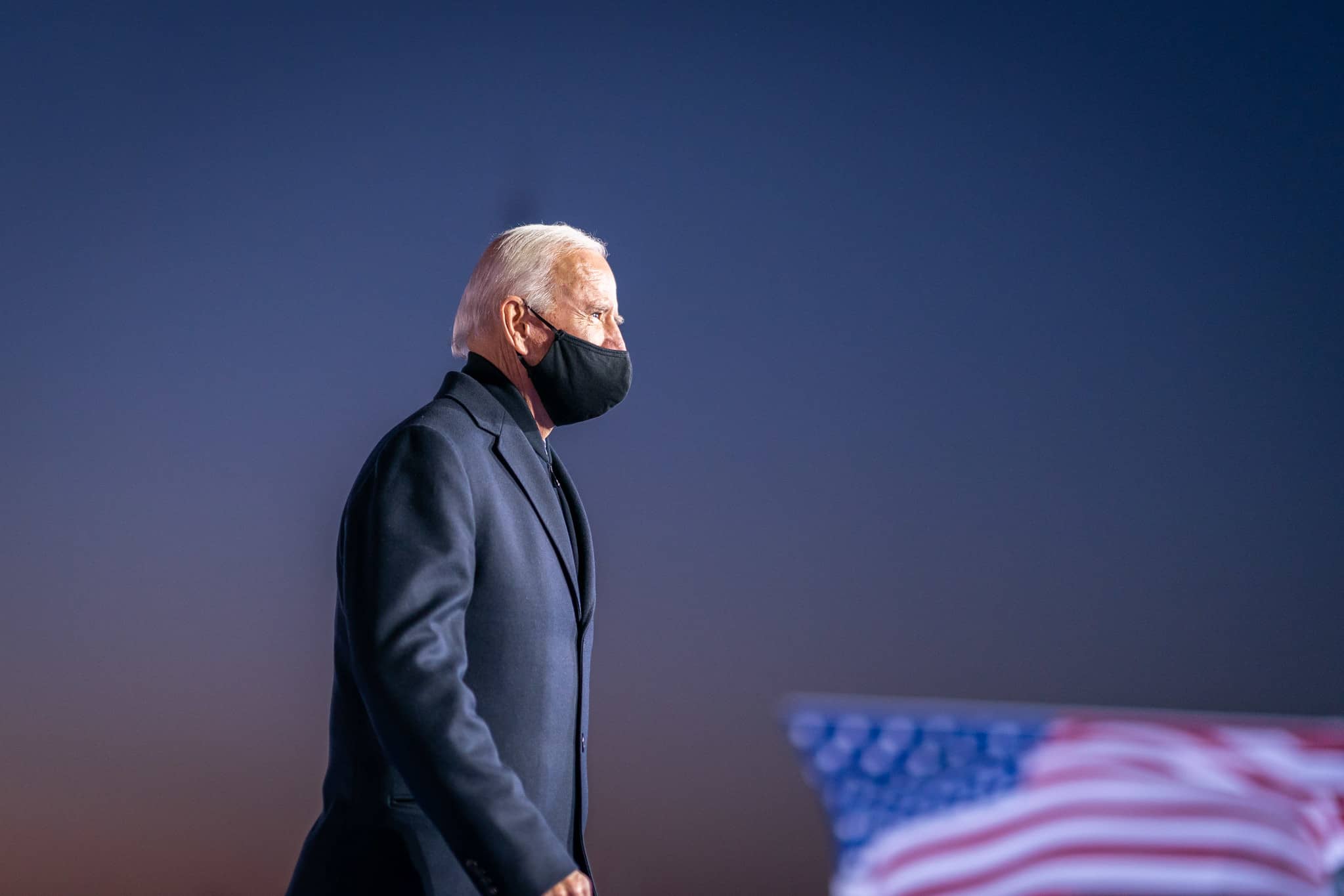 Sterling rallied above a key make-or-break level against the Euro on Wednesday and went back above the psychologically significant 1.37 marker against the U.S. Dollar - both levels that hold on Thursday - with analysts we follow citing a broad-based rally in equity markets linked to the stimulus promises of the new Biden administration.

Market optimism is elevated as investors look forward to the new administration ushering in a strong covid-19 rescue package that will underpin U.S. growth and the ongoing stock market rally. The Pound has over the years tended to outperform when markets are in an ebullient expansion mode, and decline when markets are on the way down and investors are seeking out safe havens.

Therefore a linkage between developments in U.S. politics and UK exchange rates can be found at the current time.

One only needs to recall the Pound-to-Euro exchange rate's all-time low came not in the wake of Brexit, but rather in the throes of the market meltdown of the Great Financial Crisis of 2008. This can in part be explained by the significance of the City of London in global finance, which makes the UK a major conduit for investor flows.

The latest moves in Sterling exchange rates could therefore signal an evolution in Sterling drivers away from Brexit-related issues and back towards broader market sentiment.

"The generalised pull higher in risk appetite has supported Sterling," says Jeremy Thomson-Cook, Chief Economist at Equals Money. "We are happy to see it and hope that the correlation of sterling with risk holds up as a stronger global recovery will be occurring if sterling is rising." 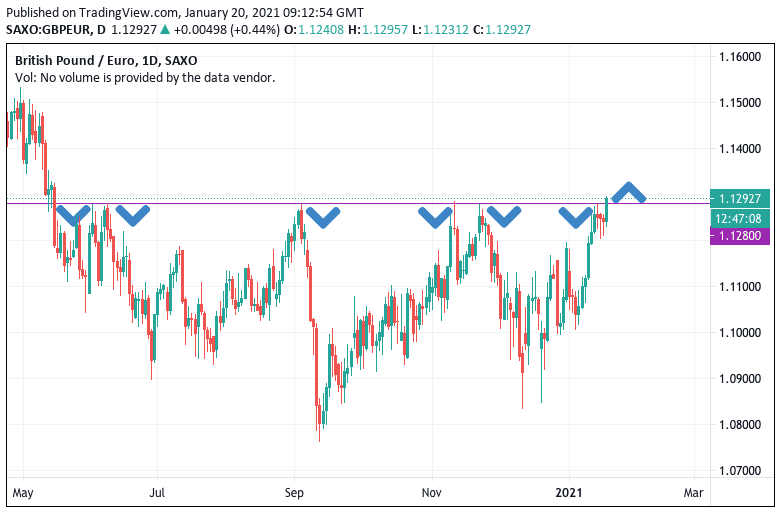 Above: GBP/EUR's failures at 1.1280 risks another pullback to the middle of the range. But a decisive break above here opens the door to higher levels.

U.S. President Joe Biden starts his first full day in office on Thursday and expectations are high that he will in the near future detail how he intends to divvy up the $1.9TRN stimulus package he intends to issue.

"The new administration is expected to push an agenda of stronger stimulus of nearly $2TRNn in a bid to put the recovery on a better path," says Manimbo.

There are however risks that must be considered for the stock market rally, and by extension the British Pound, when considering the stimulus package.

While Biden's administration has proposed a $1.9TRN coronavirus stimulus package - known as the "American Rescue Plan" - it must be passed by Congress first.

"We remain skeptical that the final tally will be much more than $1TRN, however, as passage is likely to require at least 10 Republican votes in the Senate," says Jim O'Sullivan, Chief US Macro Strategist at TD Securities.

O'Sullivan explains that Democrats could obviate the need for Republican votes by using reconciliation legislation for some of the initial "rescue" package as well as the "recovery" legislation later, but much of the $1.9TRN package is for discretionary spending programmes, "which would have to be funded through appropriations bills, and appropriation bills are subject to filibuster rules in the Senate".

Should the $1.9TRN fail to pass in its entirety, market disappointment might ensue and a fall in stocks and other 'risk on' assets such as the British Pound could well materialise.

Nevertheless, expectations are high that the administration will be one that oversees significant spending aimed at supporting a covid-19 ravaged society.

The appointment of former Federal Reserve Chair Janet Yellen to Treasury Secretary is seen as supportive of a generous spending agenda. In a testimony before U.S. lawmakers this week Yellen called on lawmakers to "act big" on coronavirus stimulus .

“At the Fed she continually made the case for full employment, meaning we know already, her track record proves it, that she is prepared to spend," says Nigel Green, chief executive of deVere Group. "With Ms Yellen in charge and with an economy that needs a shot in the arm, I think we can expect massive spending combined with continued ultra-low interest rates for years."

But there are other elements to Sterling's rally that could provide insurance from a meaningful decline, or indeed keep the rally alive, namely the vaccine rollout.

The UK has administered 5,070,365 doses of a Covid-19 vaccine as of Wednesday with 346,922 new doses being administered in the 24hr period leading to Wednesday afternoon. 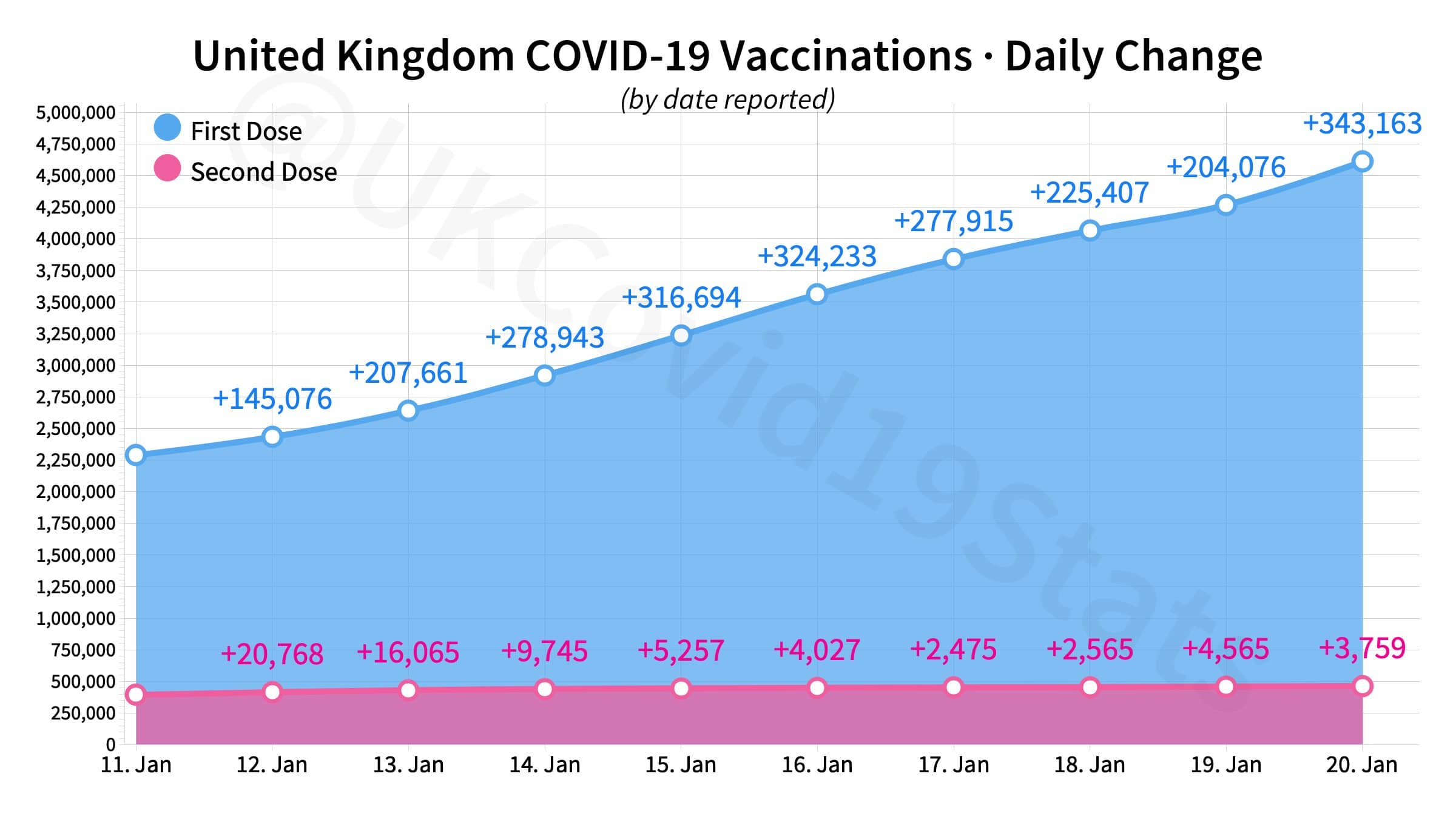 Above image courtesy of @UKCovid19Stats

Projections show about 350K people must receive their first jabs a day for a mid-February target whereby all the most vulnerable are vaccinated. It is expected that from this point restrictions can start being eased in a more sustained basis, which would allow for a more enduring economic recovery.

"Trading appears to be boosted by improving GBP sentiment and the currency breached a major technical level against the Euro - 1.1280 - as the UK rolls out vaccines at an impressive rate and the post-Brexit picture is at least clearer," says Joe Tuckey, an analyst for Argentex Group.

Tucket adds that covid-19 continues to drive markets and whilst the UK is rolling out the vaccine at a much faster rate than European counterparts, it seems reasonable that Sterling will on balance be firmer on a comparative basis, despite the spectre of negative interest rate policies potentially capping gains.

"In the mid-term, all eyes will be on the Bank of England as it weighs up the interest rate debate at its 4th February meeting, striking a tricky balance between near term challenges and a vaccine driven recovery,” he adds.