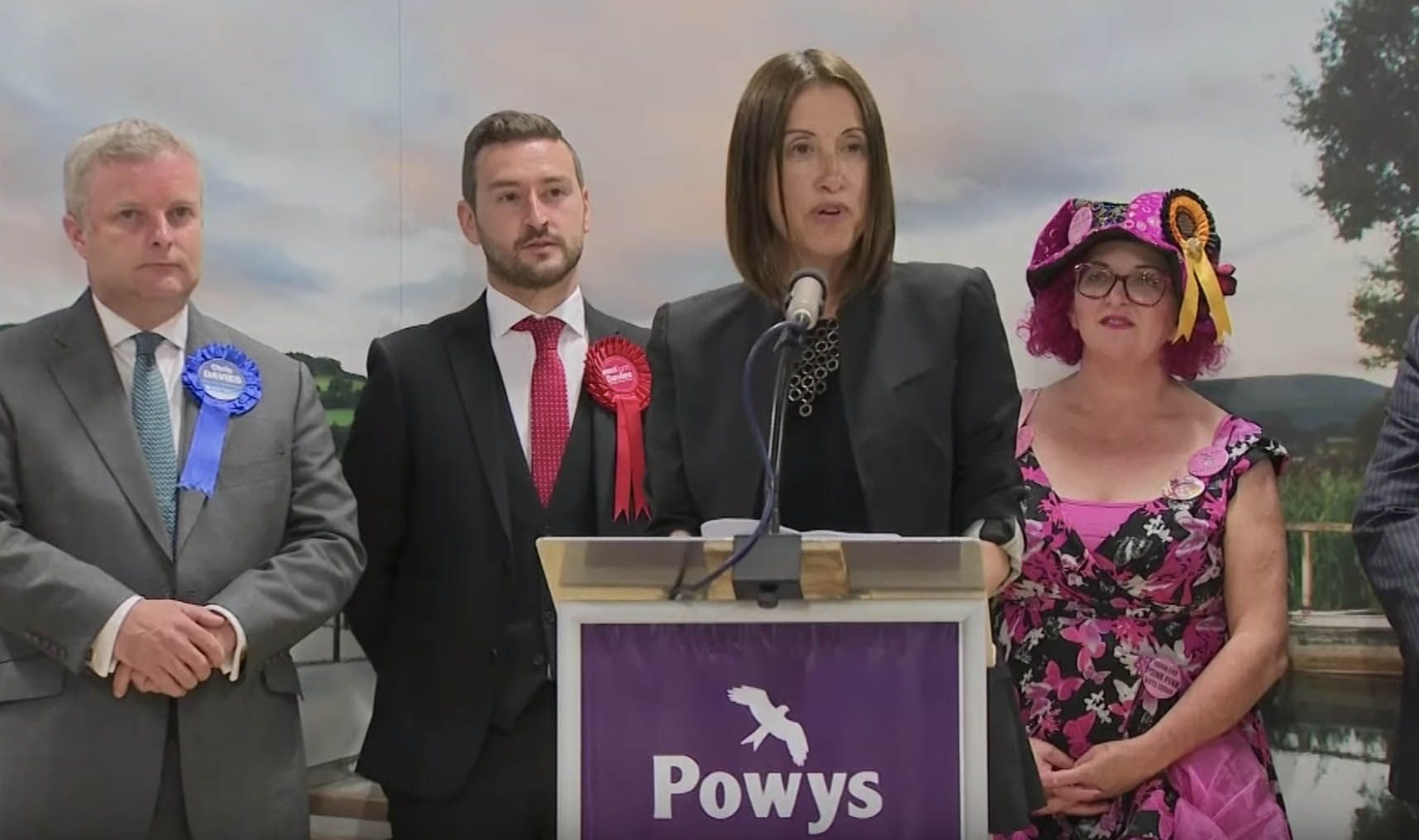 Above: Jane Dodds of the Liberal Democrats following her win. Image, copyright Pound Sterling Live, still courtesy of The Telegraph.

The British Pound was soft on Friday as markets digested the results of the Brecon and Radnorshire by-election result that saw the government's parliamentary majority cut to just one after the seat was taken off the Conservatives by the Liberal Democrats.

The prospect of a snap General Election before 2019 is out is therefore high and the political uncertainty posed by another vote is likely to keep Sterling on the back-foot.

The Pound-to-Euro exchange rate is trading at 1.0927 ahead of the weekend, down over 1.5% from where it opened the week. The Pound-to-Dollar exchange rate has meanwhile tested fresh two-year lows over the course of the past 24 hours below 1.21 but is now back at 1.2105.

"GBP/USD remains heavy and is trading around 1.2096. News that the Liberal Democrats had won the Brecon and Radnorshire by‑election, which was previously a Tory seat, applied some downward pressure to GBP. The loss of the seat means that UK PM Johnson’s majority in the House of Commons has been reduced to just one," says Kim Munday, a currency market strategist with CBA. "In our view, such a slim majority in House of Commons increases the risk of a No Confidence vote being taken against the government. Brexit uncertainty will continue to be the dominant driver of GBP as the current 31 October deadline looms."

The Pound has historically underperformed its rivals ahead of General Elections and referendums owing to the uncertainty such events generate. The prospect of another vote adds to Sterling's existing concerns surrounding a no-deal Brexit will occur on October 31.

The Government is almost certain to lose its majority if a number of Conservative MPs follow through with threats to quit the party were its leader to follow a 'no deal' Brexit policy.

With new Prime Minister Boris Johnson promising just that, it is little wonder that many are suggesting he could be the shortest serving British Prime Minister in history.

"Conservative MP Phillip Lee is considering a move to the Lib Dems, which if coupled with a Lib Dem win in the Brecon and Radnorshire by-election today would see the government lose its majority," says George Brown, an economist with Investec.

Dr Phillip Lee, who supports a second EU referendum, suggested he will "spend the summer" deciding whether to resign the Conservative whip and join the Liberal Democrats.

Speaking in a podcast, Lee was asked whether he could defect to the Lib Dems, his response was:

"The party I joined was the party of John Major and John Major, I think, is probably feeling like this judging by his contributions in recent weeks,' he said.

"I'm really not comfortable about my party pushing for no-deal Brexit without proper consent of the public.

"Purely on the national interest, I think it's wrong to do this. But party politically I think it's narrowing our base in a way that I don't see how we win elections."

Bookmakers Betfair are now offering odds that imply a probability of 57% that an election takes place in 2019.

The Government already relies on the support of a small Northern Irish party for its impossibly small majority, with just a handful of rebels in his own Conservatives needed to lose key votes.

The Liberal Democrats' Jane Dodds won the Welsh seat of Brecon and Radnorshire with 13,826 votes, a majority of 1,425.

"Boris Johnson's shrinking majority makes it clear that he has no mandate to crash us out of the EU," Liberal Democrat leader Jo Swinson, whose party now have 13 seats in parliament, said in a statement following the result early on Friday.

"I will do whatever it takes to stop Brexit and offer an alternative, positive vision ... we now have one more MP who will vote against Brexit in parliament."

The Brecon and Radnorshire vote was triggered when Conservative lawmaker Chris Davies was ousted by a petition of constituents after being convicted of falsifying expenses.

Davies, who ran again for the Conservatives, came second with 12,401 votes.

The Brexit Party came third with 3,331 votes, while the main opposition Labour Party was fourth on 1,680 votes.

The Liberal Democrats had previously held the seat from 1997 until 2015, when it was won by Davies.

The result shows a combined vote for pro-Brexit parties outnumber votes for pro-EU parties and will likely add to calls for a possible Conservative-Brexit Party alliance in any upcoming election.

Such a manoeuvre could itslef have implications for Sterling we are told.

"An agreement to work together by PM Boris Johnson's Conservatives and Nigel Farage's Brexit Party would hurt the Pound, by making it more likely parliament would gain a majority of MPs in favour of a no-deal Brexit. A deal among pro-remain parties, by contrast, should help the Pound," says Robert Howard, an options market analyst at Thomson Reuters.

Pro-EU parties, including the Greens and Plaid Cymru, agreed not to stand in the Brecon election on Thursday to boost the Liberal Democrats chances by concentrating the support of 'Remain' voters behind one candidate.

With markets expecting another major vote, we see little scope for Sterling to sustain any major recoveries and would suggest the bias remains for further declines.

"The volatility seen in 2010 (at a time when the main parties were essentially vying for the center ground of UK politics) highlights perfectly GBP’s dislike of political uncertainty running into a general election. That period saw realized volatility in EUR/GBP and GBP/USD reach levels that have only subsequently been breached in the months immediately following the 2016 referendum. In light of this it seems reasonable to assume that concerns driven by political uncertainty could prove at least as elevated this time around," says Derrick.

Peter Schaffrik, Analyst at RBC Capital Markets says Johnson’s early speeches as Prime Minister suggest he is gearing up for a snap General Election, and RBC Capital now assign a 60% probability to such an outcome.

"The new Prime Minister is unlikely to be blind to these parliamentary numbers he faces. October is primed, therefore, for another showdown between the government and MPs over Brexit, one that we think is likely to end in a general election," says Schaffrik.

Johnson's promise to immediately get to work on putting 20K extra police on the streets is another clear signal that he does not intend to make the same mistake as his predecessor who went into the 2017 snap General Election with a strong focus on Brexit but was hit hard by Labour on domestic bread-and-butter issues.

In his opening speech as Prime Minister Johnson also touched on social care, particularly social care for the elderly, again suggesting he knows where a core Conservative vote comes from.

Theresa May tried to break the so-called 'triple-lock' on pensions in her 2017 manifesto; this proved to be the first major campaign mistake, and she was unable to recover and ultimately lost her a parliamentary majority.

"This is a government already gearing up for the election campaign that we believe is coming before the end of this year," says Schaffrik. "By appointing prominent leave supporters to the most high-profile jobs the government is, in effect, brandishing its pro-Brexit credentials ahead of that contest hoping to stem the rise of the Brexit Party, in particular."