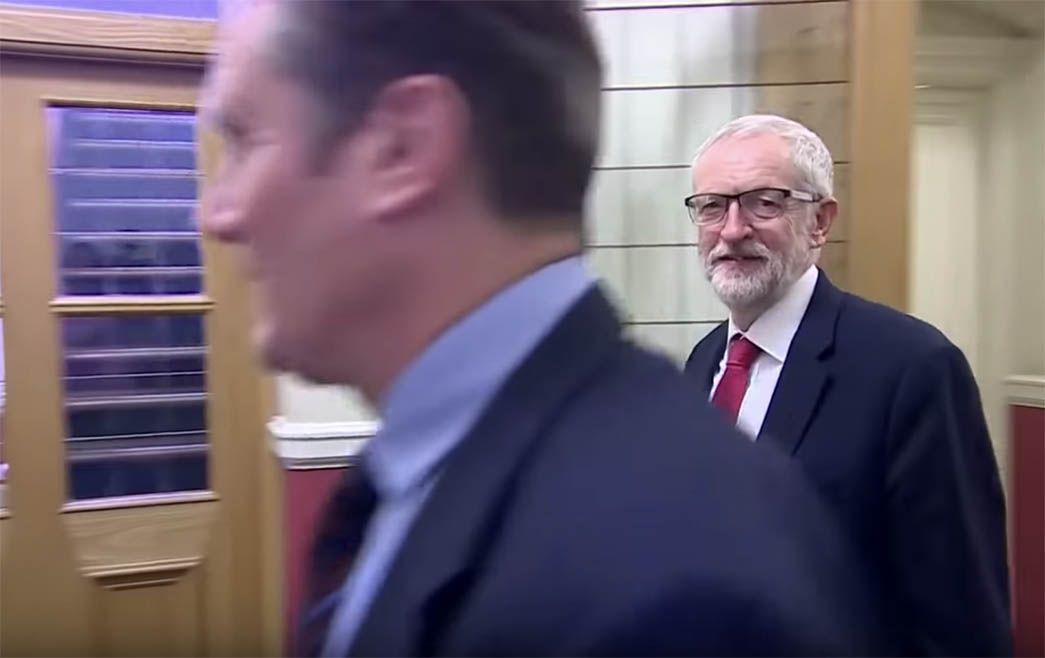 - Labour nervous any deal will be ripped up by next leader

The British Pound is seen giving away the recent advances made against the Euro and U.S. Dollar amidst a renewed sense anxiety amongst currency traders that political risks in the UK are flaring up once more.

According to reports, Sir Graham Brady - the chairman of the 1922 committee and representative of all Conservative MPs - is expected to see Prime Minister Theresa May this afternoon and request from her to set out a binding timetable for her resignation.

Following the Conservative Party humiliation in the local elections and the anticipated humiliation in the forthcoming EU elections, "there is an expectation and hope among Tory MPs and her cabinet colleagues that she will announce a departure date that would allow Tory MPs to choose their shortlist of two candidates in June or July - which would then permit hustings of Tory members over the summer and the election of the new leader before the Tory conference," says Robert Peston, Political Editor at ITV.

But close colleagues of the PM tell Peston she wants to still to be PM and party leader at the Autumn party conference, which would showcase the duo of potential leaders picked by MPs, prior to that final vote by members.

"I can find no senior Tory who thinks the party will permit her to do that. And we should learn more about when and how she goes in the next 24 hours, because Brady will communicate the PM’s response to his executive tomorrow afternoon. And they in turn will have to decide whether she has either given an acceptable resignation timetable, or failing that whether to step up the pressure on her to do so by changing Tory party rules to permit a new vote of no confidence in her within weeks. As I have said before, she remains PM despite her party, not because of it. And although her superpower is to defy political gravity, even she can’t ignore her party forever," says Peston.

The Pound had rallied into the weekend, and at the start of this new week, as currency traders saw progress on cross-party talks as being a reason to bid the currency, in the hope that a Brexit deal that could be ratified would finally be secured.

But, the leadership question "is a thorn in the side of GBP markets looking for progress on a cross-party Brexit deal. Best outcome now: PM can negotiate her exit, negotiate a deal & leave Brexit in the hands of a moderate Tory," says Viraj Patel, a foreign exchange strategist with Arkera.

Prime Minister Theresa May has set this week as the deadline for negotiators to reach a deal, and the playbook reads that a deal would be good for Sterling, failure to reach agreement would see recent gains evaporate.

The Government is expected to detail new proposals to Labour today.

The Pound leapt on Friday, May 04 on comments from both May and Labour leader Jeremy Corbyn that Brexit must now be delivered. Markets took the comments as a sign that the two sides are eager to deliver Brexit and move the national conversation onto other matters following the drubbing the UK's two major parties suffered at last week's local elections at the hands of an electorate wary of the ongoing Brexit impasse.

According to the BBC's Political Editor Laura Kuenssberg, the government is trying to get a deal passed by selling the the Withdrawal Agreement to Labour as a 'stepping stone' - "i.e hold your nose for now and you can carve out your own deal if you win the next election."

Key to that is promise of a 'temporary customs union' but Labour warn if that's all it is, that's what's already in the Withdrawal Agreement anyway plus a few months, and doesn't add up to anything substantially new.

Indeed, the UK will remain in a customs union with the EU - and remain part of the single market - for the duration of the two years covered by the Withdrawal Agreement. It is hard to see how this offer represents a 'game changer'.

Foreign Secretary Jeremy Hunt has meanwhile said he doesn’t “personally” favour a customs union with the European Union as a “long-term” outcome, but compromise will be needed on all sides, which suggests to us the temporary customs union is in fact in play.

Hunt told BBC Radio 4 his view is that the U.K. economy is too big for a customs union to work long-term

"Senior Government source says it is possible though to see a way to a deal, but unlikely to be resolved this week, and their aim is not to create some kind of May-Corbyn Rose Garden moment but to set out a path to get the Withdrawal Bill to Commons with a fair wind," says Kuenssberg. Clouds over May's leadership also make it harder by the day to get anything agreed as Labour sources say, "we are not just worried about this being ripped up in 2021, we're worried about it being ripped up in October 2019."

For Sterling, any agreement between Labour and the Conservatives would be a positive and could well see the currency make further advances as markets bet the bar to a final ratification of a deal is lowered.

But, there will remain lingering concerns as to the prospect of a change in leadership.

We also suspect the market is already looking beyond any agreement in order to gauge whether the two parties can sell any deal to their sceptical MPs: on the Conservative side there is a realisation for many lawmakers that only a decisive, clean break from Europe will wash with Brexit voters. On the Labour side many MPs would only consider a deal that provides for a second referendum, a red-line for the Conservatives.

There could be disappointment if, on passing the deal, the maths quickly does the maths and it turns out there are simply not the numbers required for ratification.

If negotiations fail, the chances of a general election or second referendum increases. The next step is widely expected to be a series of votes in Parliament seeking a consensus for an alternative; all of which raise political uncertainty.

So while Sterling is looking more chipper than was the case at the same point last week, there are clearly concerns that should provide a barrier to a more sustained rally.