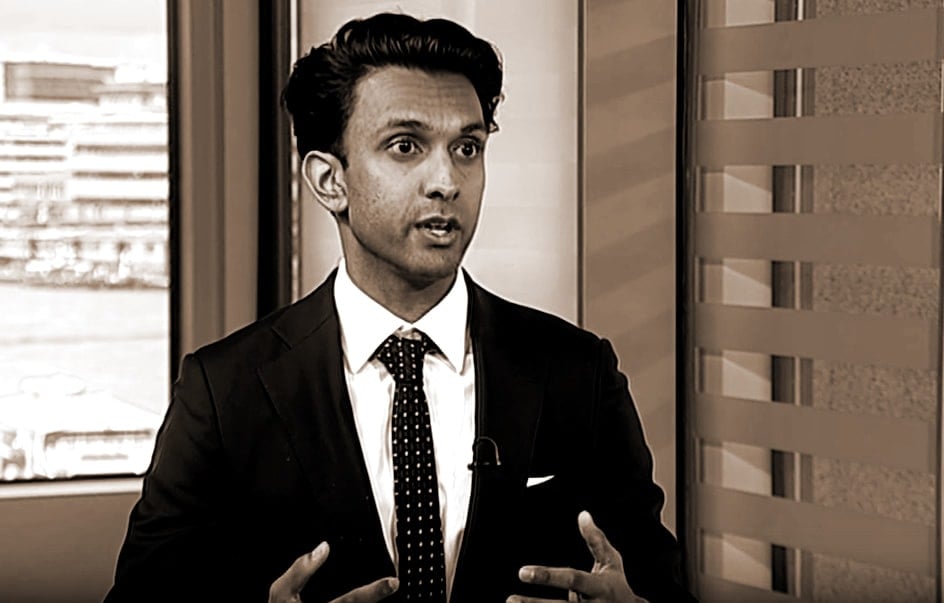 Above: Viraj Patel at ING Bank says the Bank of England remains a sideshow for Sterling as Brexit remains the key downside risk to the currency - and here the outlook is not constructive.

Pound Sterling has suffered what has been described as a "justifiable" decline in value against the Euro following the Bank of England’s August monetary policy decision and quarterly inflation report.

"The 6-2 MPC split vote - with no new rate hike dissenters - can be seen as a dovish disappointment, with some corners of the market having hoped for greater hawkish gestures from the Bank,” says Viraj Patel, foreign exchange analyst with ING Bank N.V. in London.

It appears that markets were expecting the Bank’s Chief Economist Andy Haldane to add his vote to those who believe a reversal of 2016’s rate cut is in order.

Haldane had suggested in June that a "partial withdrawal of the additional policy insurance the MPC put in place last year would be prudent relatively soon."

Obviously August is too soon.

“BoE Chief Economist Andy Haldane teased markets after last month’s policy update, suggesting he was close to jumping the fence vote for a rate hike in light of overheating inflation,” says Michael van Dulken, Head of Research at Accendo Markets. "This has served to send GBP lower, compounded by a trimming of 2017 and 2018 growth forecasts and no suggestion that market expectations for rates to start rising in Q3 2018 were unrealistic."

The Pound to Euro exchange rate has fallen below the key 1.11 level as a result and in doing so trades below where the analyst community believe it should be - consensus estimates have the exchange rate at 1.14 by the end of the year.

The move lower in GBP/EUR should come as no surprise if you had read our piece posted mid-week in which we note the market remains decidedly bearish on longer-term timeframes amidst no signs of a technical reversal.

“Attempts to reverse ongoing Sterling weakness here have not proven conspicuously successful in recent weeks and while the angle of descent is still relatively shallow prices nonetheless look to be “stair-casing” their way back towards 1.1000 again,” notes Lucy Lillicrap in a note released prior to the BoE's August policy meeting.

We are expecting many in the analyst community to lower their forecasts for the pair and for the consensus forecast to shift lower than 1.14 as a result.

“We expect EUR/GBP to now overshoot our 0.90 forecast for 3Q17 and stay above here; unlike previous times when we have reached this level - namely during crisis episodes - there are now fundamental reasons to remain at these elevated levels for a sustained period of time,” says ING’s Patel.

And, the weakness that is expected in GBP/EUR is tipped by Patel to weigh on GBP/USD:

“Given that GBP/USD has been riding on the coattails of a rising EUR, we would look for a recovery in the politically-charged USD - and easing of EUR euphoria - to weigh on GBP/USD. This points to downside risks to below 1.30 in the near-term, although we remain comfortable with our 1.35 year-end forecast.”

The analyst accuses markets of having recently got caught up in the wave of hawkish BoE euphoria when what really matters for the Pound remains Brexit.

“And the outlook here is unlikely to be supportive - especially until we see more progressive steps towards a transitional deal,” says Patel.

The discussion around lower trend UK growth in the press conference is a reflection of why ING think GBP is likely to remain lower for longer.

Moreover, Governor Carney has communicated that whenever the Bank does raise interest rates, it will by no means be a 'traditional' hiking cycle and analysts continue to expect GBP to receive only modest support from any future BoE tightening.

Also of interest was the Bank’s willingness to look through the current elevated levels of inflation in the economy noting that it will start falling back once the Pound’s post-EU referendum depreciation has been fully absorbed by companies.

The danger here, of course, is that a fresh devaluation in the Pound stokes fresh inflationary pressures and we end up with entrenched inflation expectations.

This will certainly suck consumer confidence dry and potentially open the door to recession.

However it would be wrong to lay the Pound’s fortunes on the door of the Bank of England.

Carney spent a good portion of his press conference hammering home the point that the big risk for the UK economy remains Brexit.

He notes by 2020 business investment will be 20% below the level they had forecast in pre-referendum projections which represents a substantial hit to UK economic activity.

And with signs that the UK is heading for a chaotic Brexit the Bank could be justified in taking a more vocal stance - you can be assured, a chaotic Brexit will hammer Sterling even further.

So regardless of whether the Bank sees it appropriate to raise interest rates or not in 2018, Sterling’s future lies in the hands of David Davis, Liam Fox and Theresa May who appear intent on jumping out of the EU single market in March 2019 without a transitional deal in place.

Another notable institutional call on Sterling in the wake of the BoE decision comes from analysts at Morgan Stanley.

“We believe it is time to turn GBP bearish,” says Hans W Redeker, lead Strategist with Morgan Stanley in London.

The call is notable if we consider that Morgan Stanley have actually been one of the more constructive major institutions towards Sterling over recent months.

Since November 2016 the global investment banking giant has advocated for a stronger Sterling, particularly against the Dollar, citing valuations and the high political incentive to negotiate away the March 2019 Brexit cliff edge.

“With the UK now set for a prolonged transition period into 2022, the cliff edge risk has been reduced,” says Redeker in a note dated August 4.

“Nonetheless, we believe it is time to turn GBP bearish. This autumn may see Tory intra-party tensions culminating with the October party conference. Event risks have turned us into GBP bears,” says Redeker. 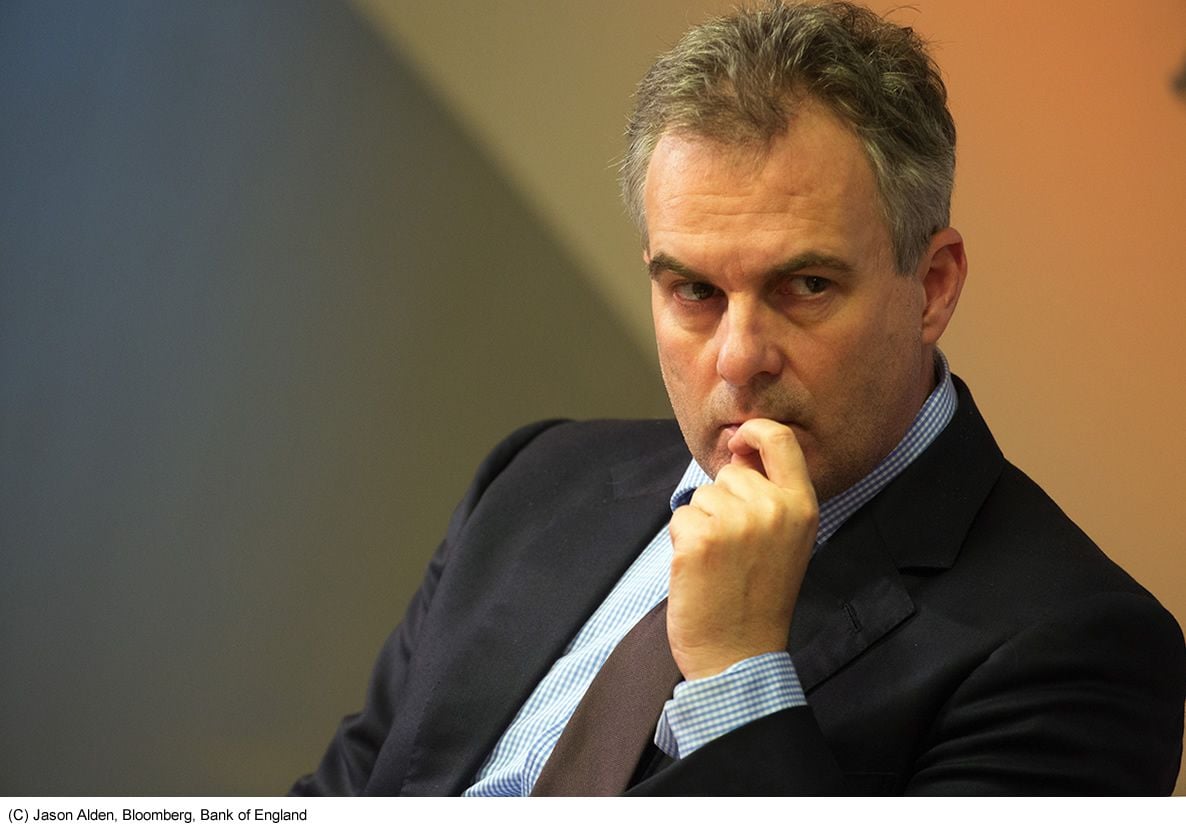 Downside in Sterling does however appear to be tampered to some extent by the message from the Bank that 2018 might see more than one interest rate rise.

The message was hammered home by the Bank's Deputy Ben Broadbent who told the BBC there was a "trade off between stabilising inflation and keeping the economy going".

But he said the UK was "a little bit" better placed to cope with an interest rate rise.

Broadbent said the Bank's Monetary Policy Committee (MPC) believed there would need to be more rate rises than those expected by the financial markets.

"The MPC said given the other assumptions in its forecast it thought probably there would need to be rate rises, and indeed more rate rises than those priced into the interest rate curve in future than the financial markets expect. "I do think the time is likely to come when rates will go up generally."

Could there be a chance that this view is given more of an airing by FX markets? If so then we would suggest the downside in GBP might be protected going forward.

But again, it all ultimately comes down to Brexit.

The UK could enter into a “deep” free trade agreement with the EU if Britain leaves the single-market on Brexit argues Ireland’s prime minister in one of the more constructive developments coming out of the Brexit debate of late.

Leo Varadkar proposed that Britain and Ireland could have a transition period during which the UK negotiated a new trade deal with Europe.

Varadkar stressed that there was still “common ground” between the Dublin government, London and Northern Irish parties on the issue of the post-Brexit border.

“If the UK does not want to stay in the single market, perhaps it could enter into a deep free trade agreement with the EU and rejoin Efta, of which it was a member prior to accession. And if this cannot be agreed now, then perhaps we have a transition period during which the UK stays in the single market and customs union while things are worked out.”

“If the UK does not want to stay in the single market, perhaps it could enter into a deep free trade agreement with the EU and rejoin Efta, of which it was a member prior to accession. And if this cannot be agreed now, then perhaps we have a transition period during which the UK stays in the single market and customs union while things are worked out.”