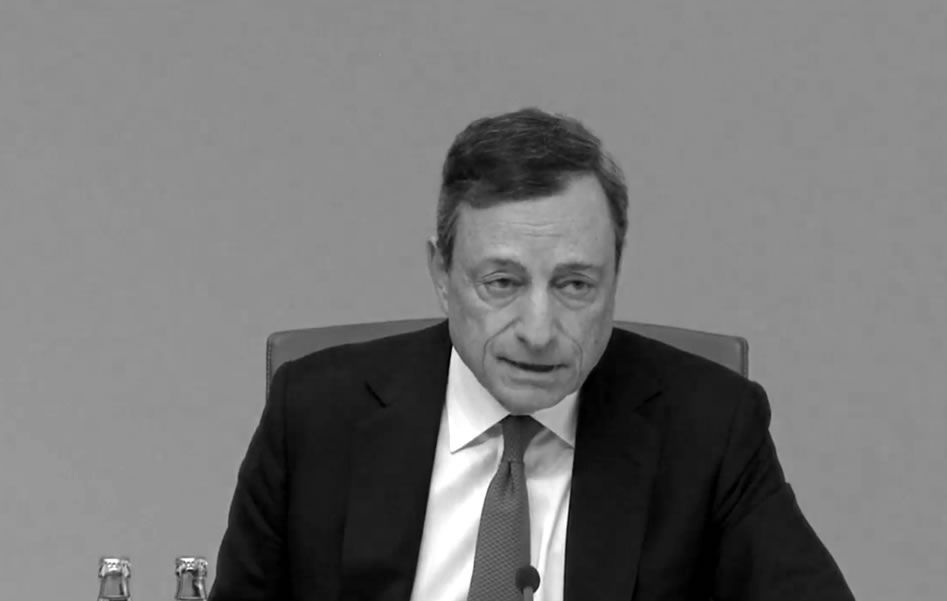 The Euro outperformed other major currencies following the European Central Bank’s (ECB) July policy announcement which prompted markets to add to bets that a future of higher interest rates in the Eurozone loomed.

The meeting also crucially saw the ECB acknowledge that it could not keep a lid on the Euro.

ECB President Mario Draghi nevertheless did his best to sound cautious and warn that it is too soon to expect big changes in policy as inflation is still at underwhelming levels.

The ECB's minutes to the meeting saw policy-makers maintain a bearish tone in which it was stressed it would extend its programme of money-printing were economic conditions to warrant such a move.

The ECB did not make changes to its guidance at the meeting, which resulted in a slightly dovish signal.

"The ECB continues to stand ready to increase our asset purchase programme in terms of size and/or duration," was the message and Draghi said the decision to keep the guidance unchanged had been unanimous

Euro-bulls were hoping the ECB might drop some of its caution in a signal that it was going to end its stimulus programme.

However, these bulls soon got what they wanted in the subsequent press conference with Draghi when all signs pointed to an announcement on the ECB ending its extraordinary monetary stimulus programme in Autumn.

“EURUSD roared up beyond $1.16 to punch out fresh 14-month highs after a fairly dovish Mario Draghi failed to keep the euro bulls fully contained. Stops are out are the Euro is continuing to rally," says Neil Wilson, Senior Market Analyst at ETX Capital.

Draghi notes economic expansion has yet to translate into stronger inflation dynamics but he also used slightly hawkish wording when he mentioned this will eventually materialise as the recovery continues.

Markets are betting that the economy is ultimately in the driving seat and no matter what the ECB President says or does, it won't be denied.

The Euro's big leap higher however came when Draghi appeared to be unconcerned about the recent rally in the Euro.

When questioned about the Euro's recent rise - and how in the past such moves have been unwelcome in the halls of the ECB - Draghi appeared nonchalant.

"It's true there have been movements in bond price, asset price, exchange rates and so on," noted Draghi, "but financing conditions remain supportive."

He adds that bond "yields have risen but are low by historical trends".

So while a "repricing of exchange rate has received some attention during various exchanges," as noted by Draghi, there appears to be little concern with the value of the Euro at this stage which might have been taken by some traders as a green light to buy.

"Draghi has effectively removed the acceptable EUR ceiling for the ECB. Further EUR appreciation could become easier, as the ECB seems to have given up trying to "control" the currency," says Athanasios Vamvakidis, FX Strategist with Bank of America Merrill Lynch Global Research.

"We would not be very afraid of a dovish Draghi today," says George Saravelos at Deutsche Bank.

"Near-term, the Euro will be the most sensitive to any pushback on the recent tightening in financial conditions and in particular the strength of the exchange rate. But even if this happens we would buy EUR/USD on any dips: simply put, the ECB may not have much choice but to accept a stronger Euro."

“EURUSD roared up beyond $1.16 to punch out fresh 14-month highs after a fairly dovish Mario Draghi failed to keep the euro bulls fully contained. Stops are out are the euro is continuing to rallyAhead of the press conference, the Euro reversed its ealier gains after a key phrase that has been seen in numerous preceeding press releases was retained: "the Governing Council stands ready to increase the programme in terms of size and/or duration". 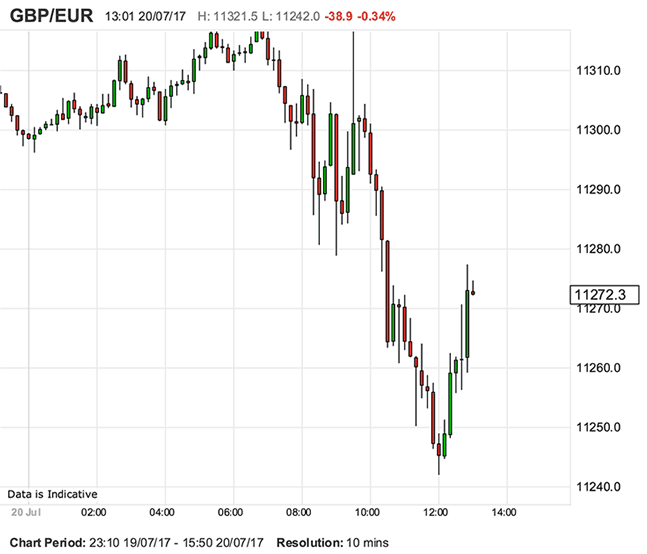 Nuances are key, and for the casual observer they might be difficult to assess.

Ahead of the event James Rossiter, Senior Global Strategist with TD Securities in London said there was a 35% of this outcome occuring, and in such a case the Euro would fade back.

This indeed appears to have occured but the subsequent press conference failed to convince markets that the ECB was not looking to shift policy in the near-future.

Markets are clearly betting that the Eurozone economy will recover at such a pace that the ECB Governing Council will discuss changes to its policy settings in Autumn.

Draghi stresses that inflation will probably be more of a key decider when it comes to future policy than economic growth.

So going forward, watch those inflation data releases for guidance.

Above: Watch ECB President Mario Draghi's opening statement and press conference at 01:30 B.S.T. Will he press  the Euro lower?