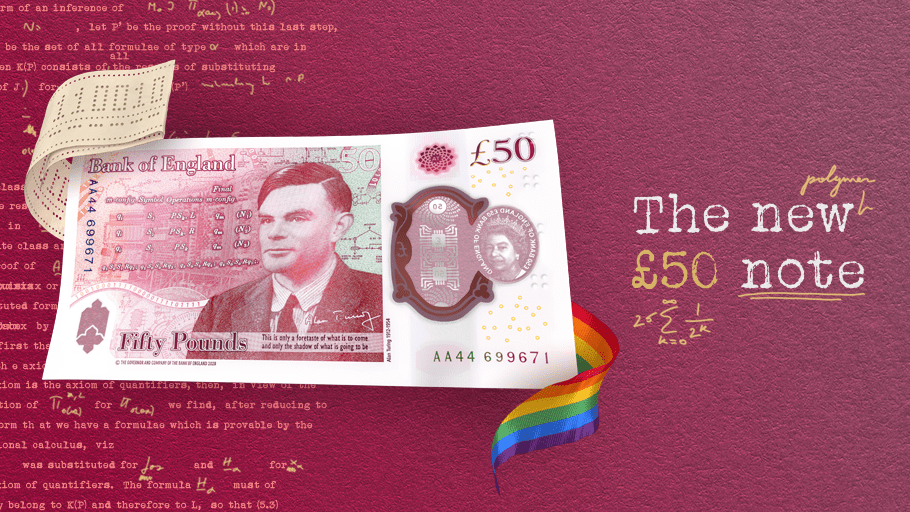 The British Pound caught a bid against the Euro, Dollar and most other major currencies ahead of the weekend in a move that defied a softer stock markets and concerns for future supplies of covid-19 vaccines into the UK.

The Pound saw an especially sizeable advance against the Euro on Thursday of three-quarters of a percent, as it recorded a high of 1.1674 and extended the gains into Friday to reach 1.1677 at publication.

The gains mark a turnaround for the Pound which has endured weakness over recent days and a return to winning ways suggests the broader 2021 trend of appreciation might be ready to reassert. 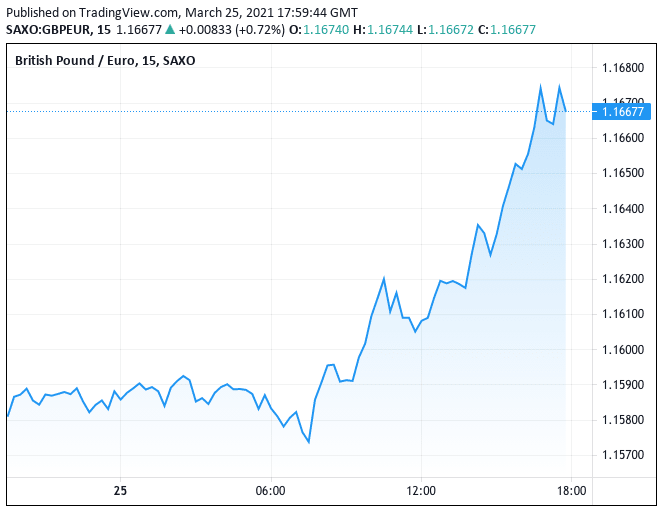 Above: The rally in GBP/EUR.

Investors pressed the pause button on Sterling's advance in March and a period of consolidation ensued on a number of major Pound exchange rates, most notably the Pound-Dollar rate, allowing previously overbought conditions in the UK currency to unwind.

Technical analysts have said that when a trend becomes overbought it can become prone to an unwind in which investors book profit, the price action in Sterling over recent hours gives some credence to this view.

Analyst Francesco Pesole at ING Bank says valuation is now no longer a headwind to further gains in the Pound-to-Euro exchange rate (GBP/EUR), which could allow further gains to be realised.

The analyst says that with GBP/EUR now longer meaningfully overvalued (in fact now close to its fair value of 1.1574), the door opens to further eventual advances in the exchange rate towards their forecast target of 1.1765.

Technical evidence of Sterling being overbought were flagged by the Relative Strength Index (RSI) on the daily chart of GBP/EUR (lower panel) after it started recording levels above 70 for much of February and again in early March: 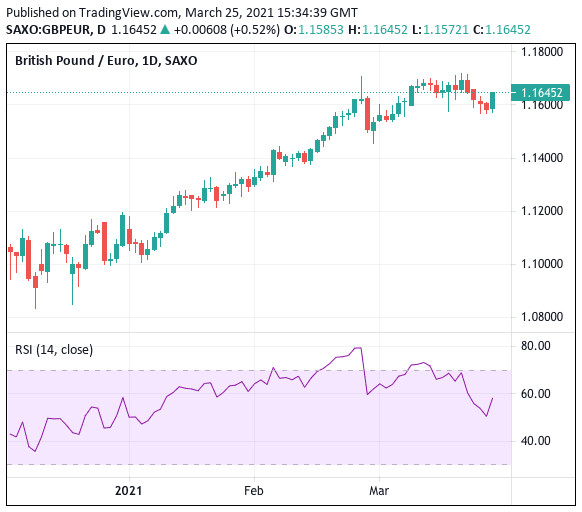 Above: GBP/EUR daily chart with RSI in lower pane

A RSI above 70 is considered to be a signal that a financial asset has become overbought and consolidation will ultimately ensue to allow the RSI to revert back to the trend zone that exists between 30 and 70.

The above chart shows that the RSI has indeed eased lower once more but at 58.60 momentum is still positive and continues to advocate for further advances in the GBP/EUR exchange rate.

From a fundamental angle, a potential ban or limit on vaccine exports to the UK from the EU has been credited by numerous foreign exchange analyst we follow as being behind a recent decline in the value of the British Pound, however this fear is potentially overblown, as we note in this report.

The UK and EU on Wednesday announced they would work together on ensuring the continued flow of vaccines and vaccine inputs between their borders, however any negotiations will likely inevitably result in the UK ceding some stock to the EU that might have previously been destined to the UK.

Nevertheless, the UK has already provided one dose to over half the adult population, leading the government to maintain the country is on track to exit lockdown according to their established timetable.

"We expect sterling to remain strong, marginally outperforming USD and appreciating against EUR over the forecast horizon," says Marek Raczko, an analyst with Barclays.

"A robust economic recovery, spurred by the rapid vaccination effort and fuelled by generous fiscal stimulus should support GBP," he adds.