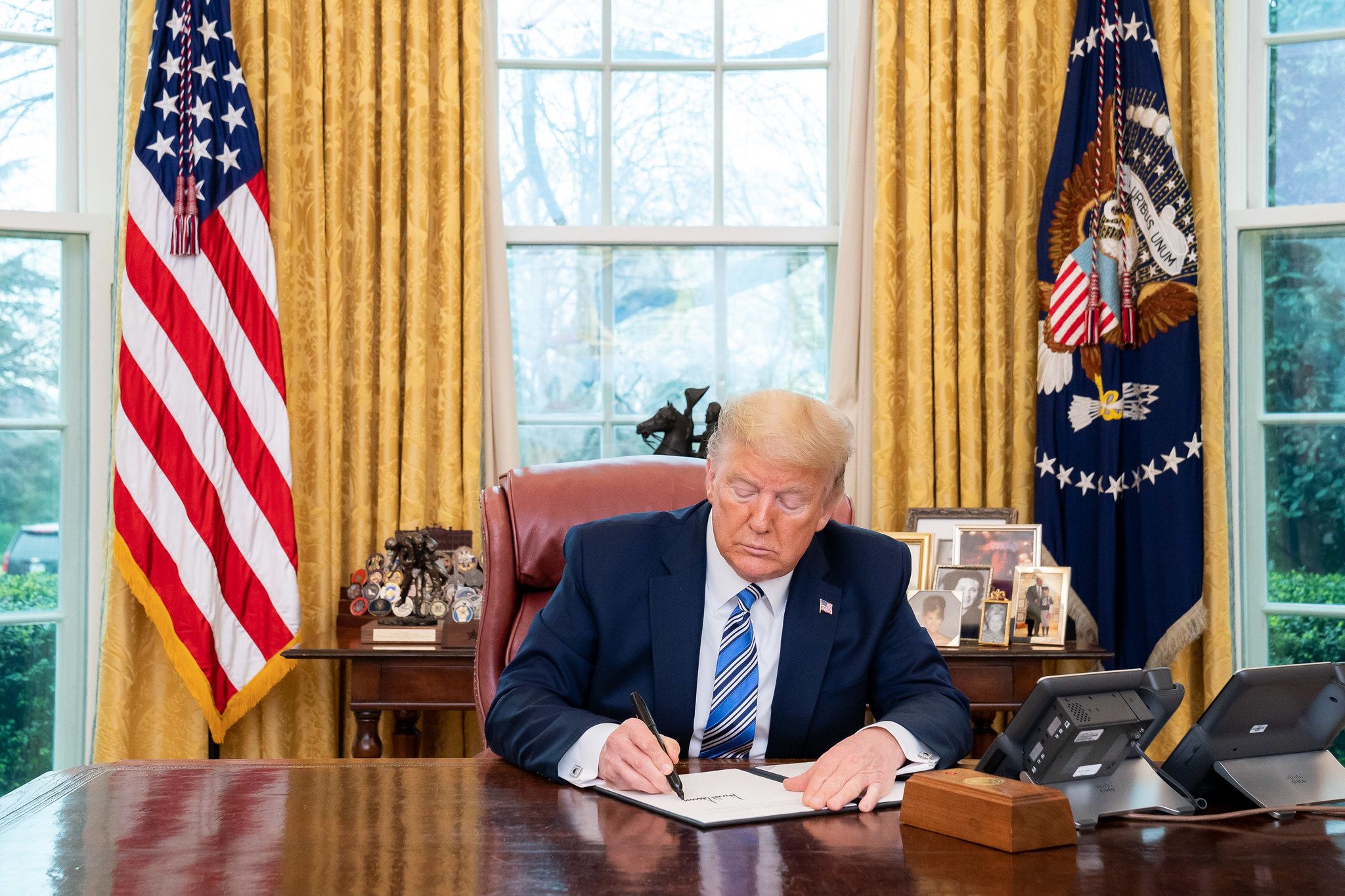 The stock market selloff of 2020 took another step deeper into the red after U.S. President Donald Trump announced a ban on all mainland Europe flights and Italy announced the closure of all businesses apart from pharmacies and food stores in ongoing efforts to stem the spread of the coronavirus outbreak.

The unprecedented moves sent shockwaves through an already battered and weary market place, ultimately sparking fresh demand for the Euro which remains bid against the Dollar and Pound with EUR/USD at 1.13 and EUR/GBP at 0.8814.

The below snapshot of global markets confirms the rout of stocks continues as there is little sign the coronavirus crisis is nearing a turning point: 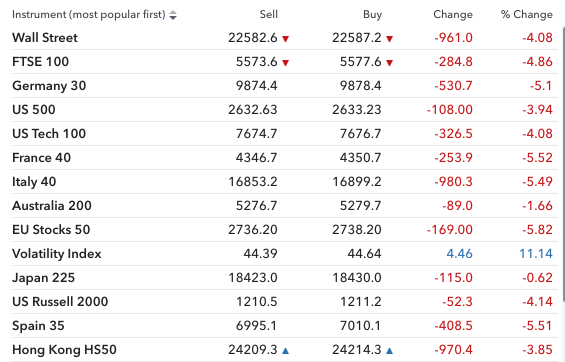 The Euro has appreciated in value since stock markets started selling off in earnest in late February, after it dawned on investors the coronavirus would have a significant impact on the global economy.

There are two reasons why the Euro tends to benefit in this environment:

1) Due to record-low interest rates in the Eurozone, investors borrowed in euros to fund stock market investments and investments in other high-yielding global assets. When investor sentiment sours these assets are sold and the capital is repatriated to its origin. This creates a bid for euros as markets are selling off.

2) The global investor community had built up a hefty stockpile of bets against the Euro leading up to late February. As it becomes clear the bets are futile, these contracts are closed which creates demand for euros.

"Investors will probably further close their net positions in currencies. We think that they are still net-long dollar and sterling and net-short euro and yen," says Georgette Boele, FX Strategist at ABN AMRO. "Therefore, we expect the weakness in the Dollar and Sterling in the near-term and strength in the Yen and the Euro. 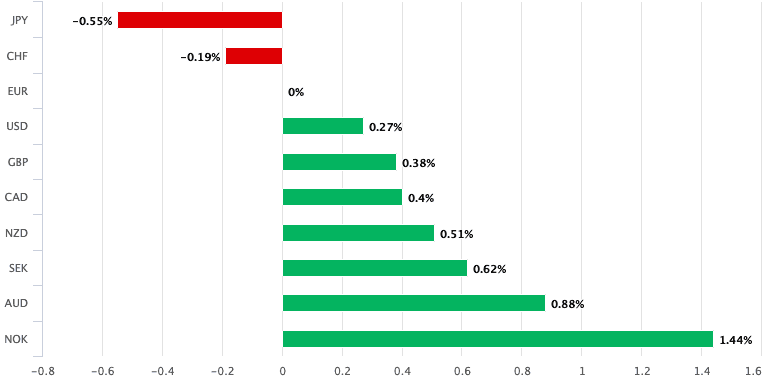 Above: The Euro is advancing against most major currencies on Thursday, apart from the safe-haven Yen and Franc.

The demand for the Euro is therefore largely technical in nature and we wonder how long before the equation for investors flips as the economic impact of the crisis on the Eurozone becomes clear and the market looks at the single-currency through a fundamental lens.

The response by the EU to the crisis is unconvincing, particularly when contrasted to the UK which has the benefit of both a majority government and independent central bank to provide support to the economy. We saw on Wednesday a 'shock and awe' response from the Bank of England to the crisis with a 50 basis point interest rate cut and fresh lending for businesses being announced. The government meanwhile unveiled a £30BN aid package for the coronavirus-impacted economy.

Eurozone countries do not have the same nimbleness in times of crisis due to the centralisation of decision making processes; the ability to boost spending at the government level is constrained by EU debt rules while central bank's have ceded their powers to the European Central Bank.

We are seeing moves by the EU to respond to the need for an increase in fiscal spending and today the European Central Bank delivers their policy response to the crisis. The big question is this: is it enough?

How credible the response of European authorities is judged by markets could have implications for the market's perception towards the Euro. If it is deemed the response is not adequate, constrained by the EU's notorious bureaucracy, then the Euro might find itself coming under pressure.

The EU is also most exposed to the impact of a global recession owing to its sizeable manufacturing base, particularly that of Germany. The global supply chain has taken a material hit due to the shutdown to the Chinese economy, meanwhile signs of dislocations in trade between Western economies will only deepen the supply chain disruption.

We might already be seeing signs of the above as despite stock markets plunging to new lows over the course of the past 24 hours the Euro has not hit fresh peaks against the likes of the Euro and Pound.

So while the Euro is bid in this atmosphere, we might be starting to see limits to its ambitions.

"Over the next couple of days, how the market judges the fiscal responses of the U.S. government to the crisis and the monetary policy of the ECB will be instrumental in determining the near-term outlook for EUR/GBP and GBP/USD. While we see the potential for GBP to outperform the EUR in the coming weeks, upside potential in GBP/USD could be sticky given the role of the greenback as a store of value," says Jane Foley, Senior FX Strategist at Rabobank.

Regarding the U.S. response to the outbreak, beyond the flight ban from European countries, it appears the administration is looking to execute a sizeable income tax cut to held the U.S. consumer.

However, no concrete measures have been taken at the time of writing, which takes us back to what Foley mentioned about the outlook being a function of investors' assessment of the U.S. response.

"Markets are increasingly losing confidence in the U.S. government's ability to prevent an impending recession. Donald Trump's approach is anything but reassuring. Consequently, the Japanese yen and the Swiss franc remain the currencies of choice for the time being," says Marc André Fongern, Head of Research at Fongern Global Forex.