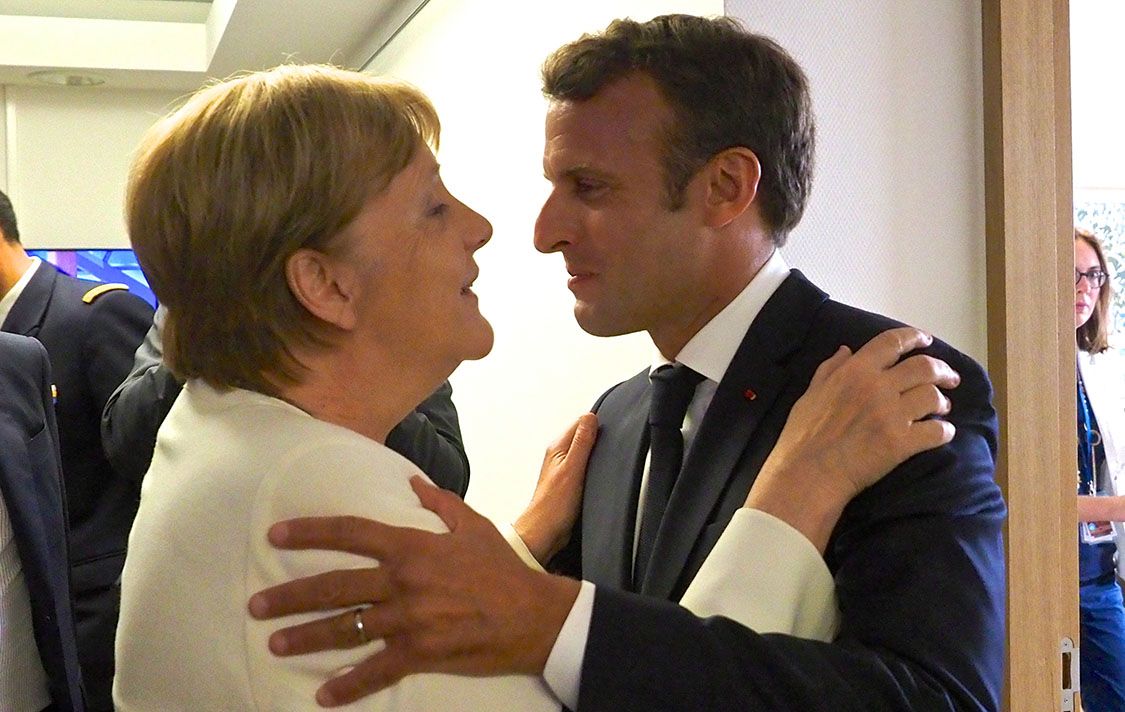 Pound Sterling was seen holding its gains against the Euro ahead of the weekend, with 1 GBP buying 1.1048 EUR on the inter-bank markets at the time of writing: the strongest rate of exchange in three weeks.

On current trends, the Pound looks set to record its second consecutive weekly gain against the Euro, with the pair having advanced 0.9% since last Friday.

The Irish border backstop mechanism remains the single largest impediment to the existing Brexit deal being ratified by the UK and Prime Minister Boris Johnson has told European leaders that it has to be removed in order for any kind of deal to be done.

Markets were sceptical that Merkel and Macron would budge on the long-held stance that the Irish border is off limits to further compromises, but Johnson found the two leaders to be in a receptive mood and many political commentators have suggested his trip was a diplomatic success.

News reports this morning suggest Johnson has instructed his ministers to draw up new proposals for the Irish border that might be found to be acceptable to the EU.

"The work on alternative arrangements for the backstop plans will add a new impetus to reopen negotiations before the European Council summit in October, where Mr Johnson will hope to secure a new deal," says Christopher Hope, Chief Political Correspondent at The Telegraph.

For currency markets this is significant as it suggests a deal of some kind is still possible.

Recall the Pound has been under steady and sustained selling pressure since May as markets ramped up expectations that a 'no deal' would take place on October 31.

Furthermore, suggestions that there is the potential for a deal to be found could well stave off attempts by UK parliamentarians to overthrow the Johnson government when they return to work in September.

Parliament might have little choice but to give the PM time before they using a vote of no confidence in his government as a tool to prevent a 'no deal' Brexit on October 31.

The improved political environment therefore makes betting against the Pound a riskier prospect for traders looking to profit on its decline than was the case two weeks ago, as any deal would likely boost Sterling. 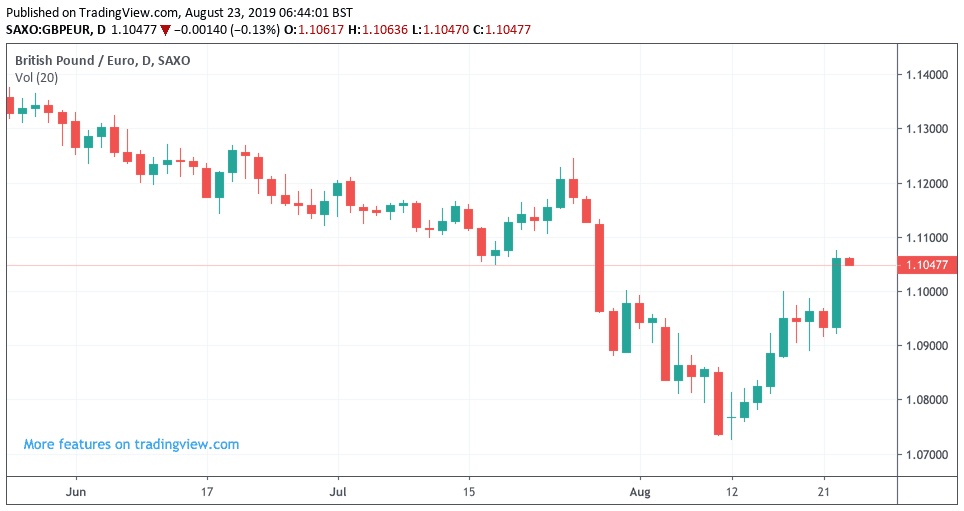 While latest developments might prove supportive, it is important to stress they do not mean the conditions are yet in place for a sustained move higher in the currency.

David Cheetham, Chief Market Analyst at XTB UK says, "GBP is primed to rip, but I don’t think this is anywhere near concrete enough to be the catalyst for a sustained move just yet."

There is ample political uncertainty ahead that makes sees us continue to expect strength in GBP/EUR to be contained.

"After almost three years of negotiations, no viable alternative solutions to the Irish backstop has been found. We doubt a solution can materialise in 30 days in time for Parliamentary approval in the EU and U.K. before the end of October. As a result, we expect the GBP to decline as the 31 October deadline approaches," says Kim Mundy, a foreign exchange strategist with CBA.

"The obvious difficulties in inventing an alternative to the Irish backstop combined with the fact that the PM has previously indicated that he is prepared to go through with a no deal Brexit does not, in our view, offer much solace for GBP investors."