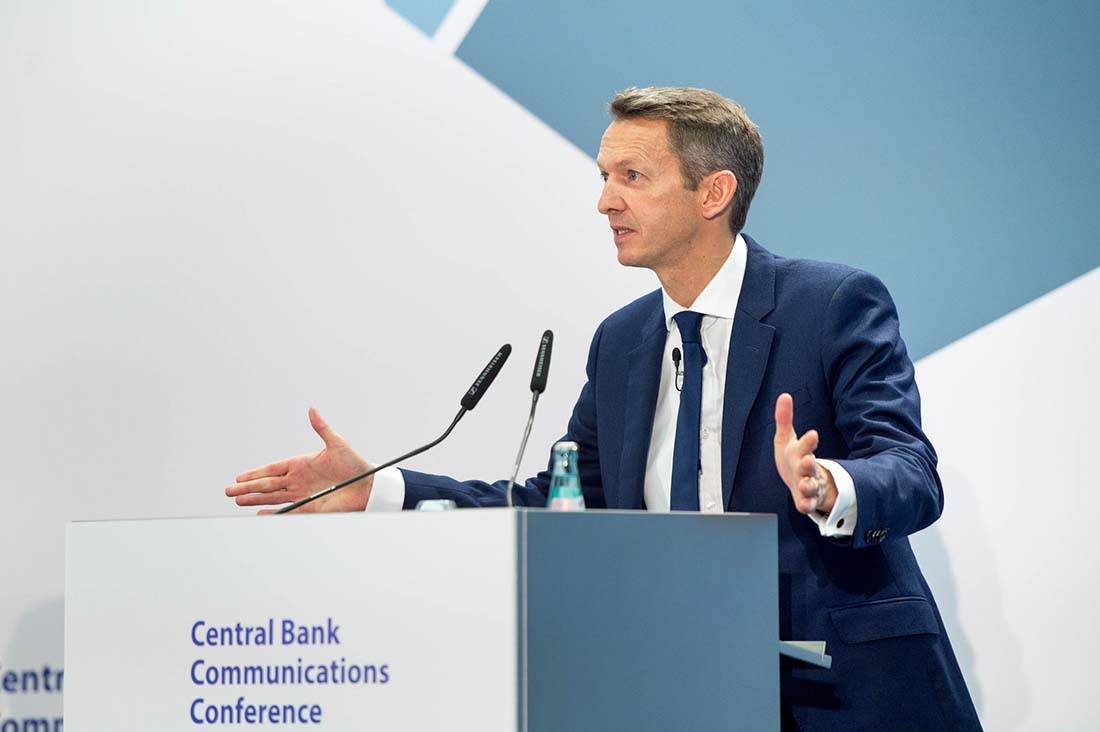 The Bank of England's Chief Economist and prominent Monetary Policy Member Andy Haldane has told a gathering in London that the U.K. is seeing a "new dawn breaking for pay growth."

Speaking at the Acas "Future of Work" Conference in London, Haldane said current trends in wages are running a "little stronger than the MPC had expected at the time of its Inflation Report in August".

Average weekly earnings growth (excluding bonuses) has risen to 2.9% while pay settlements have risen to 2.8% in a similar pattern.

Measures of labour market tightness have increased to their highest levels since before the crisis and, "in some cases, ever," adds Haldane.

Labour market tightness means the number of workers available in the jobs market to employers has dried up to the point that employers have to start offering better rates of pay to both retain and attract talent.

ONS labour market data released in early September shows the number of unfilled vacancies rose to a record high of 833,000 while the unemployment rate stays steady at 4% and employment growth slows sharply. There are jobs, just not so many people available to fill them and wages are rising as a result.

This concept therefore matters hugely to the Bank of England which is tasked with keeping inflation steady - if they see inflationary forces rising they tend to raise interest rates to try and put a lid on economic activity in order to prevent an overheating in both the economy and prices.

Higher interest rates in turn attract inflows of foreign investor capital which in turn boosts the Pound. From a currency market perspective, Haldane's comments are to therefore be considered as being supportive of Sterling's outlook.

The Pound rallied on September 11 when the ONS reported average earnings including bonuses across the UK rose at an annualised pace of 2.6% in the three months to the end of July.

"Looking beneath the headline figures, evidence of an up-tick in pay is clearer still," says Haldane. 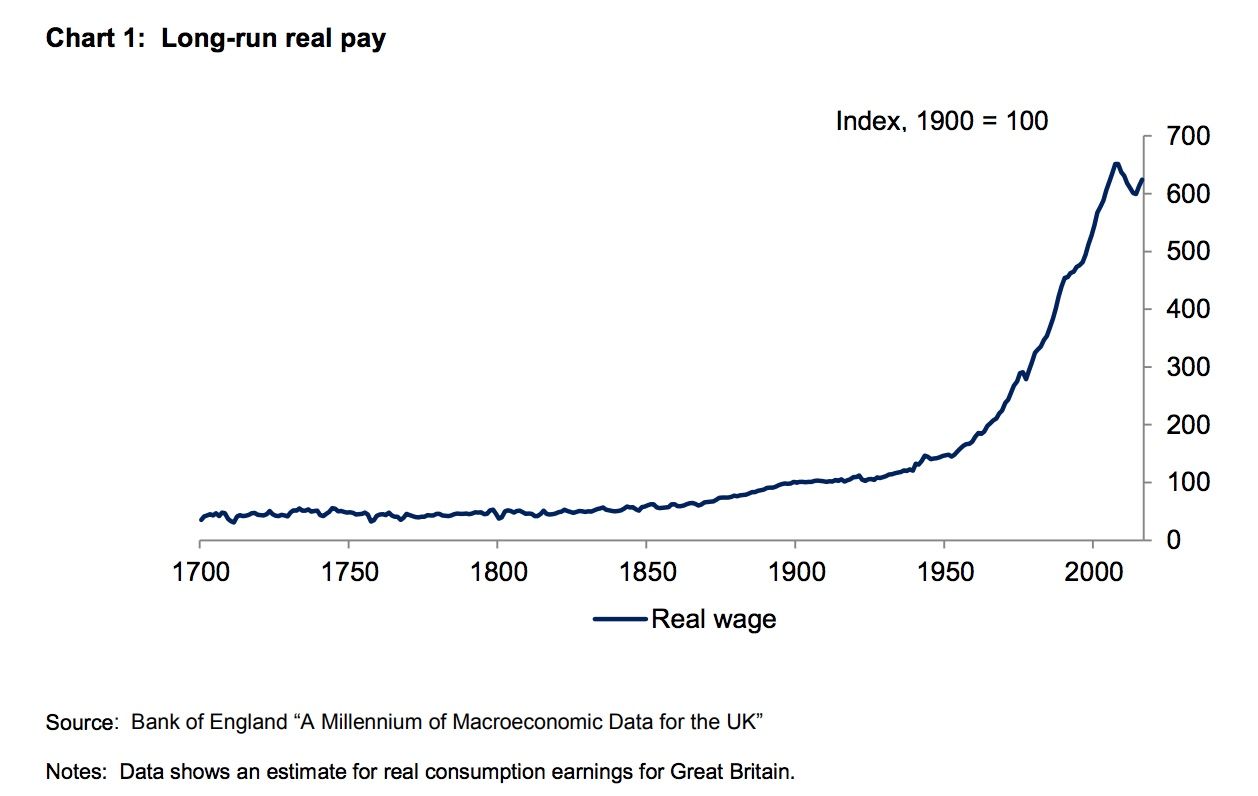 Above: Long-term pay has stalled, snapping a long-run of improvement.

"Private sector wage settlements so far this year are running at 2.8% and in some sectors, such as construction and IT, are running well in excess of 3%," says the Chief Economist.

Despite the blooming of pay, the Bank of England is however not yet showing any signs of materially ramping up the pace at which they expect to raise interest rates even as inflation is currently above the Bank’s 2% target.

Haldane says the current dynamics in inflation have a lot to do with Sterling’s post-referendum depreciation. The fall in the Pound pushed up the cost of imports which were in turn made felt on supermarket shelves.

Importantly though, Haldane reckons such effects are fading and inflation is projected to be maintained at or slightly above its target by a slow build in domestic cost pressures, underpinned by a rise in wage growth.

The weak productivity of the U.K. workforce meanwhile means even low nominal pay increases can be inflationary.

"With growth in money wages running at close to 3%, and with productivity growth running closer to zero, domestic cost growth in the UK is already running at, if not slightly above, rates consistent with the inflation target, even before any further (limited and gradual) build in wage pressures," says Haldane.

Haldane was careful to maintain a steady steer as to the potential for future moves in monetary policy, saying a limited and gradual build in domestic cost pressures is one important factor underpinning the limited and gradual pace of further interest rates rises expected by financial markets and communicated by the MPC.

At present, financial markets expect rate rises of around 25 basis points per year over the next three years.

"That is not dissimilar to the projected build in wage growth over the period," says Haldane, adding:

"with wage growth now tracking, and with wage forecasts no longer under-shooting, it is no longer clear risks to the NAIRU, and hence wages, are skewed to the downside. With wage growth picking up for the first time in a lost decade, the risks to domestic costs are now broadly-balanced, though still significant."