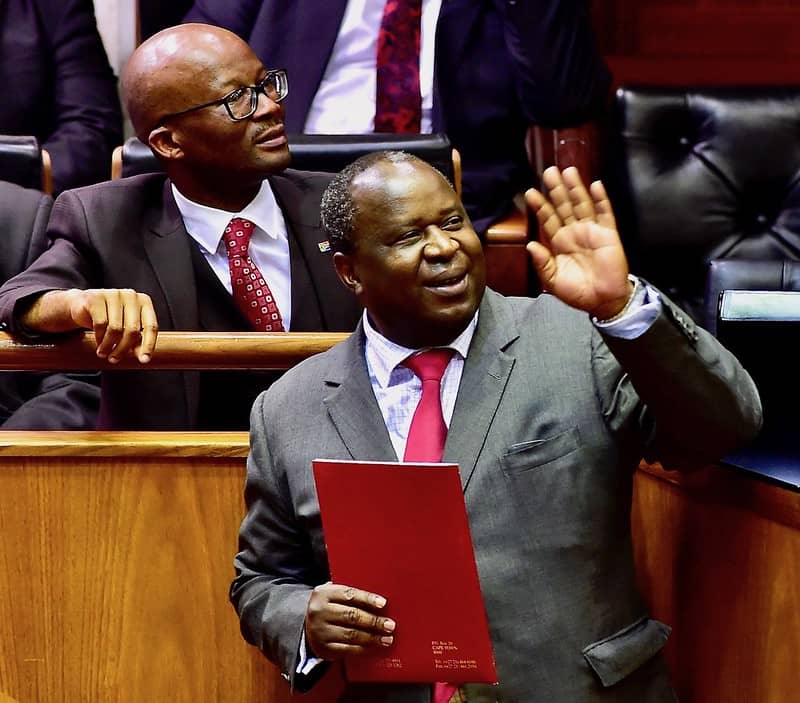 The Rand has seen a turbulent start to a typically-inhospitable August month but the latest forecast review from Commerzbank still suggests the South African currency can recover back to 14.0 in the coming months, and that it could hold those levels through year-end if Autumn budget risks can be successfully navigated.

South Africa’s Rand has been caught out thus far in August by a strengthening U.S. Dollar that had seen USD/ZAR approaching the 15.0 handle before data suggested in the mid-week session this Wednesday that U.S. inflation pressures may have lost some of their recent momentum last month.

An ebbing of U.S. inflation pressures may not be enough to deter the Federal Reserve (Fed) from tapering its $120BN per month quantitative easing programme but does lend support to the Fed’s argument that recent price growth was likely a “transitory” phenomenon.

This somewhat undermines the more medium-to-long term outlook for the Greenback and is one of the factors behind why analysts at Commerzbank stuck with forecasts for USD/ZAR to return to 14.0 in the months ahead following an August review of their projections, though is not the only reason.

“In the wake of a continuing global recovery, (commodity) exports are likely to remain a key support for the further recovery. This, together with the prospect of a strengthened government team that could act more decisively and accelerate the reform process, should support the rand,” says Elisabeth Andreae, an FX and emerging market analyst at Commerzbank.

Above: Commerzbank’s August forecasts for USD/ZAR and EUR/ZAR.

“At the same time, however, investor confidence is likely to be more sustainably shaken as a result of the riots, especially since the immense unemployment of almost 33% - among the younger generation almost one in two is out of work - as well as frustration over the pandemic and its consequences pose a risk of renewed unrest,” Andreae says.

The Commerzbank team still retains a “cautious outlook” and has warned that risks to its USD/ZAR forecasts are likely on the upside but has assumed nonetheless that the South African currency will continue to benefit in the months ahead from the dividends that are elevated commodity prices and from progress toward economic reforms by a recently reshuffled government cabinet.

This is after President Cyril Ramaphosa announced a shake-up of the cabinet late last week that was billed as necessary in order for the government to also address new challenges arising from civil unrest in South Africa last month, though in which Ramaphosa also accepted "a long-standing request by Minister Tito Mboweni to be excused from his position as Minister of Finance."

"The government is trying to repair the damage and regain lost investor confidence. Key to this is likely to be whether the new finance minister in the reshuffled cabinet will remain on course for consolidation in public finances," Andreae says.

The danger is however, that the pandemic and the social pressures underlying July’s violence and disorder lead the government and National Treasury to further defer efforts at righting the public finances when the next budget is drafted in late October or early November.

Repair of the public finances will be more difficult now due to the damage caused by the pandemic and measures used to contain the coronavirus, but any delay of action would be a drag on the Rand if it leads to further credit rating downgrades or reduced market appetite for South African government debt, according to Commerzbank and others.

“The appetite for reform has faded further on Tito’s exit,” says Annabel Bishop, chief economist at Investec, of the recently resigned finance minister.

“A further deterioration in government finances is the risk, especially higher expenditure which SA simply cannot afford, and is the wrong route to take. Furthermore, the tax base is tiny and any tax increases would harm the economy and yield little, given the low buoyancy ratio,” Bishop adds.

Departing finance minister Tito Mboweni had won plaudits earlier this year for a budget plant that placed South Africa on course to achieve a primary budget surplus by 2024/25, without resorting to economically stifling austerity measures and despite the pandemic, after gaining credibility with the market during 2020 for his tough stance on highly indebted state-owned-enterprises that are something of an achilles heel for National Treasury.

Mboweni had advocated "zero based budgeting" for state-owned-companies like the ailing electricity provider Eskom, which requires all expenditures to be individually justified as essential or otherwise face the axe, as a means of making these entities more sustainable and reducing the risks posed to the national finances by their bloated balance sheets and other difficulties.

Whether new finance minister Enoch Godongwana is able to keep scarce financial resources from being swallowed by these companies and juggle the competing demands of credit rating agencies and a population plagued not only by the coronavirus but also endemic unemployment connected to long-lived economic challenges could be a key determinant of whether the Rand can keep the wind in its sails through year-end.

“Failure to rapidly pass through the growth enhancing economic reforms highlighted by B4SA and National Treasury will see the economy continue to lag in its recovery from the twin setbacks of July’s riots and last year’s overly harsh COVID-19 lockdown restrictions,” Investec’s Bishop says.

“However, the loss of Mboweni as Finance Minister does not bode well for free market reforms aimed at rapidly boosting the size of the private corporate sector. Instead the government is likely to continue looking to increasingly micro manage the economy, quelling business confidence,” Bishop adds. 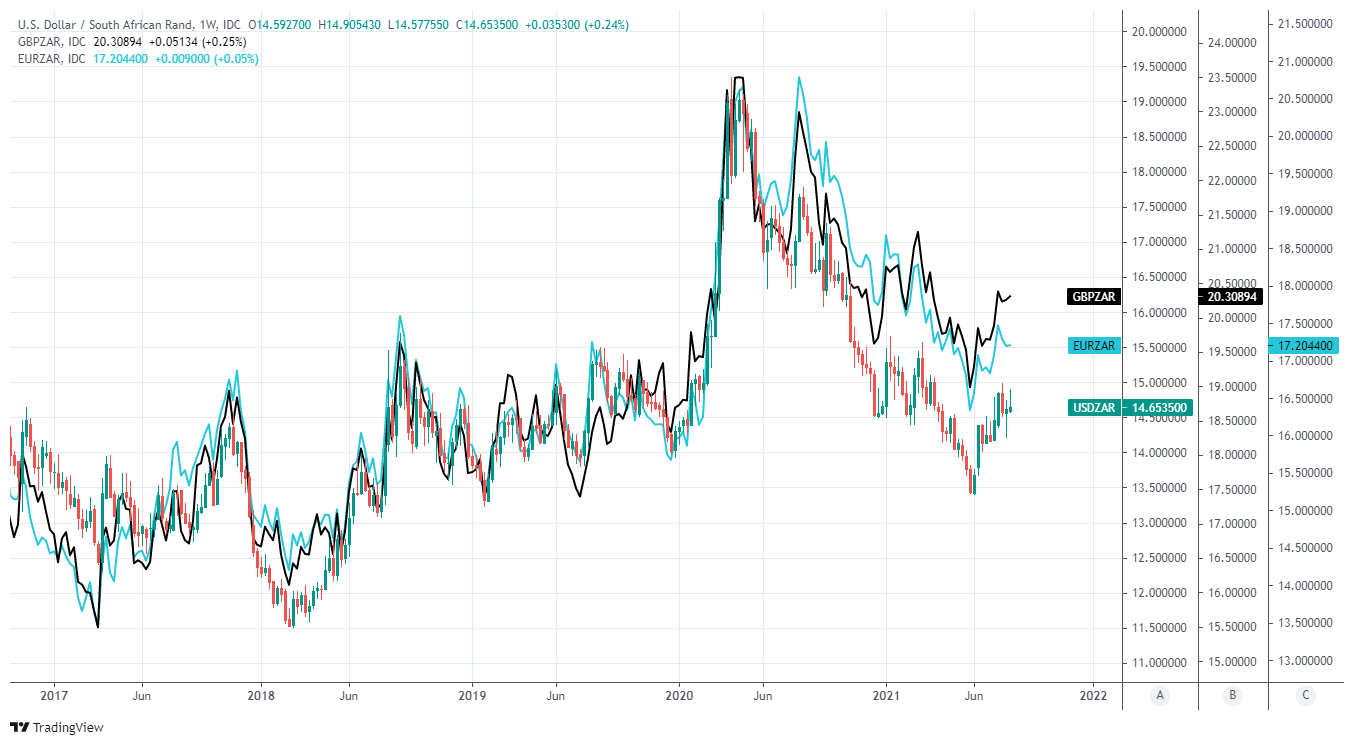 Above: USD/ZAR shown at weekly intervals alongside GBP/ZAR and EUR/ZAR.