The Rand outperformed a vast majority of major developed and emerging market counterparts with gains over the greenback and many others even as the U.S. currency bounced tepidly in the European session following a potentially formative overnight sell-off.

Dollars sold en masse following the April monetary policy decision of the Federal Reserve (Fed), which saw policymakers emphasising for the nth time that they are, and also intend to continue, falling behind the global central bank curve when it comes to monetary policy normalisation.

“With the very sanguine tone of the FOMC on inflation, in particular highlighting that rising inflation will be a temporary phenomenon, pressure has reduced on EMs for rate hikes, even if inflation pushes up significantly,” says Annabel Bishop, Chief Economist at Investec. 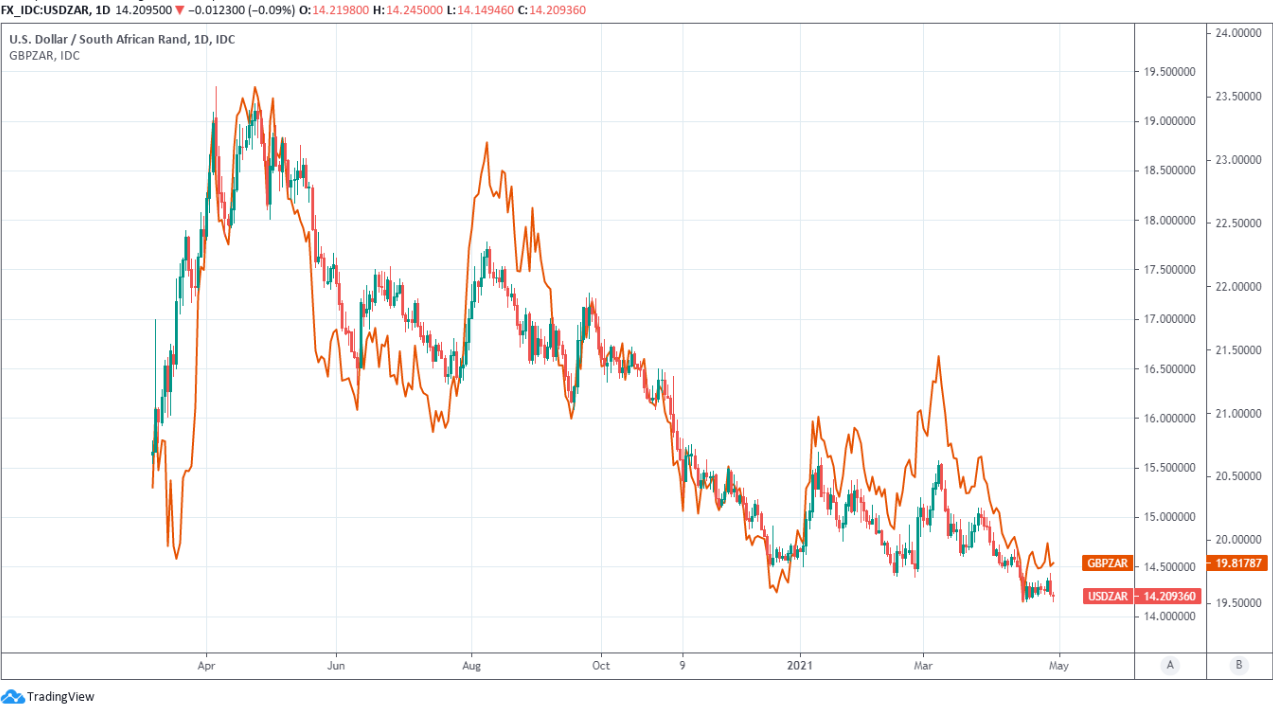 Above: USD/ZAR shown at daily intervals alongside Pound-Rand rate.

Fed officials gave a strong indication on Wednesday that they intend to wait for what could ultimately be many months before they contemplate beginning even a discussion about a mere paring back of the U.S. central bank’s $120BN per month quantitative easing programme.

In the meantime, and over in other developed markets, the Norges Bank, Bank of Canada and Bank of England are already effectively pruning crisis era policy supports while others could yet join the burgeoning club in the quarters if-not months ahead.

However, and even more notably, over in the emerging markets some central banks have already raised interest rates and in the process delivered a boost to their currencies although South Africa’s historically high and recently augmented yields have seen the Rand outperforming strongly even without any hint of a rate hike at all.

“Knowing what we do about the rand, it’s rather bizarre that it should be considered a safe-haven currency for emerging markets. But the assertion is not altogether unfounded given the divergences in fundamentals across the region," says Nema Ramkhelewan-Bhana, Head of Research at Rand Merchant Bank (RMB).

Ramkhelewan-Bhana notes that RMB's currency analyst, Kim Silberman, maintains a fairvalue estimate of USD/ZAR14.00, "but cautions that a premium above that level needs to be priced in due to SA’s lingering fiscal risk". 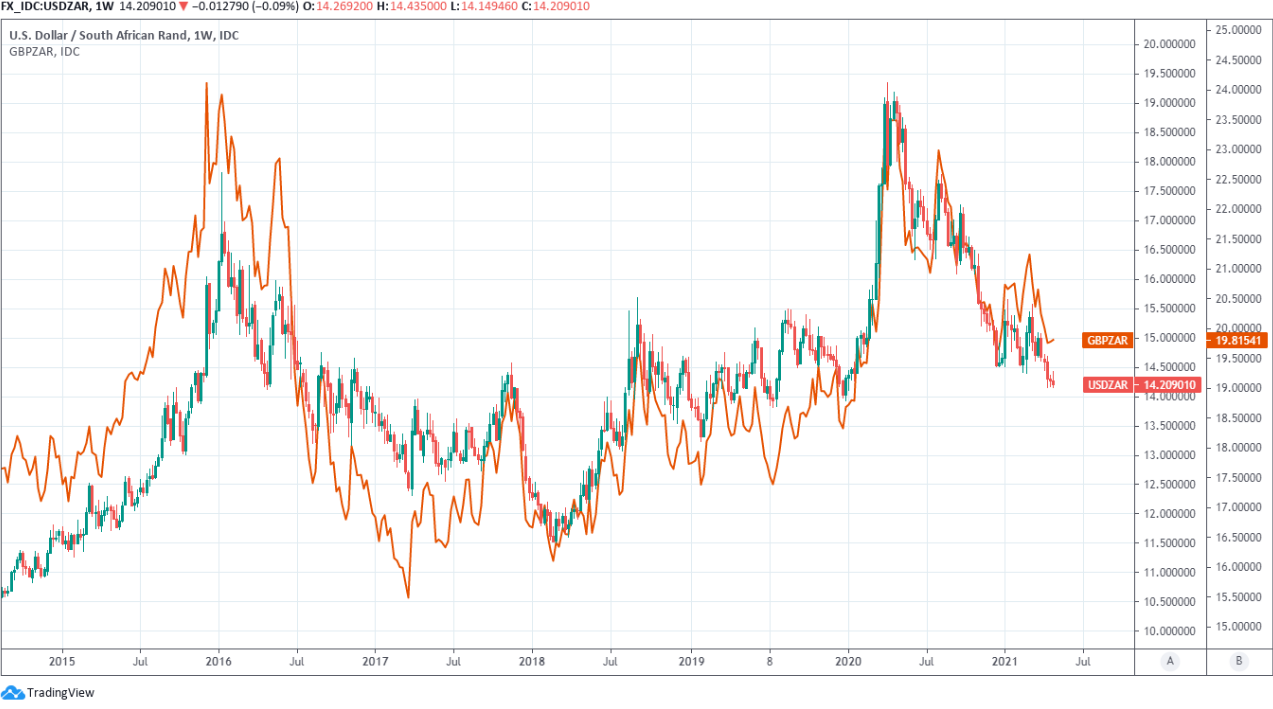 Above: USD/ZAR shown at weekly intervals alongside Pound-Rand rate.

With the recent Dollar downdraft aside high domestic yields combined with improved as well as comparatively positive coronavirus infection trends have seen the South African currency trading somewhat like an emerging world safe-haven of late.

This has led to 2021 gains over all of the Rand’s nine largest emerging market rivals while leaving little to distinguish between its performance and those of rallying Norwegian Krone and Canadian Dollars in the developed market currency space.

Currency strength has, among other things, helped to lessen the cost of Dollars and imported energy while in the process serving to reign in typically high inflation pressures.

This is in turn affording the South African economy a possibly lengthier than otherwise period of recuperation under monetary policy settings that are looser and more supportive, through a continued record low cash rate, than could otherwise have been the case had often volatile currency remained under pressure this year.

“While we had forecast a 25bp lift in the repo rate in May, given the rand’s ongoing strength, recent stability in commodity prices, and dovish monetary policy globally, even with likely higher inflation in Q2.21 on base effects, it seems increasingly likely the repo will remain flat,” Investec’s Bishop says.