The Rand crumbled Thursday as the Dollar was swept higher by a wave of risk aversion but it could have further to fall in the weeks ahead if analysts are right to say the rally in emerging markets is built on sand.

South Africa's Rand extended earlier losses after U.S. unemployment claims came in at 1.5 million for last week, down from 1.58 mn but above the consensus for only 1.3mn, placing a question mark over the strength of the recovery.

Unemployment data added to negative sentiment that had already seen the Rand reverse the prior session's gains, as risk appetite faded amid lingering concerns about a second wave of coronavirus infections in China and the U.S.

"Today’s numbers suggest that the reopening story may not be generating as much momentum for job creation as the surprise May payrolls number had suggested. It also tallies with comments yesterday from the Cleveland Fed's Loretta Mester and Atlanta Fed's Raphael Bostic. Mester implied firms are recalling workers more slowly than originally intended and the initial deterioration was "even steeper" than official statistics implied," says James Knightley, chief international economist at ING. 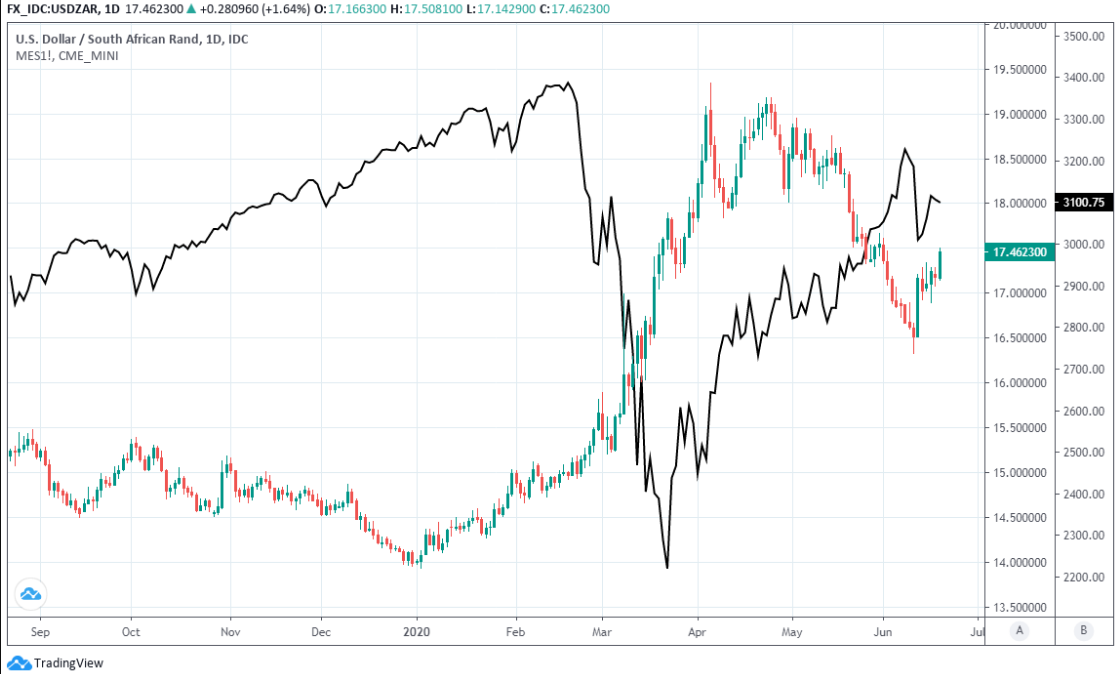 This was after trade concerns resurfaced after White House walked away from talks with the EU over a so-called digital tax, and as President Donald Trump was reported to have accused China or having intentionally spread the coronavirus across the globe.

USD/ZAR was more than 1.5% higher while even the Pound-to-Rand rate rose 0.52% despite Sterling also having suffered heavy losses against all major rivals. The Rand has effectively stalled in the last fortnight after a two month rally.

Nordea Markets said Thursday that the general emerging market rally is built on sand and likely to come undone in the months ahead.

"Major central banks have fuelled risk appetite and driven a V-shaped recovery in EM FX. However, EM countries are far from out of the woods. We see an increasing number of coronavirus cases, a murky growth outlook, elevated uncertainty and a market that can only be kept happy if the money-printing madness becomes bigger and wilder every time the central banks meet," says Amy Yuan Zhuang, chief analyst at Nordea.

The Rand is still up by more than 4% against Sterling and the Dollar this month however, after having tracked stock markets higher since late March.

Markets have been boosted by central bank policies and hopes of a quick economic recovery, which has taken many benchmarks back toward pre-virus levels. But for the recovery and related rally to be sustainable, the coronavirus needs to be brought under control and it's no longer clear that it has been.

Daily infection numbers from a handful of large developing countries have been re-steepening the global epidemic curve of late and China has this week placed parts of its capital city back into 'lockdown' while closing schools and cancelling many flights in response to a fresh outbreak. 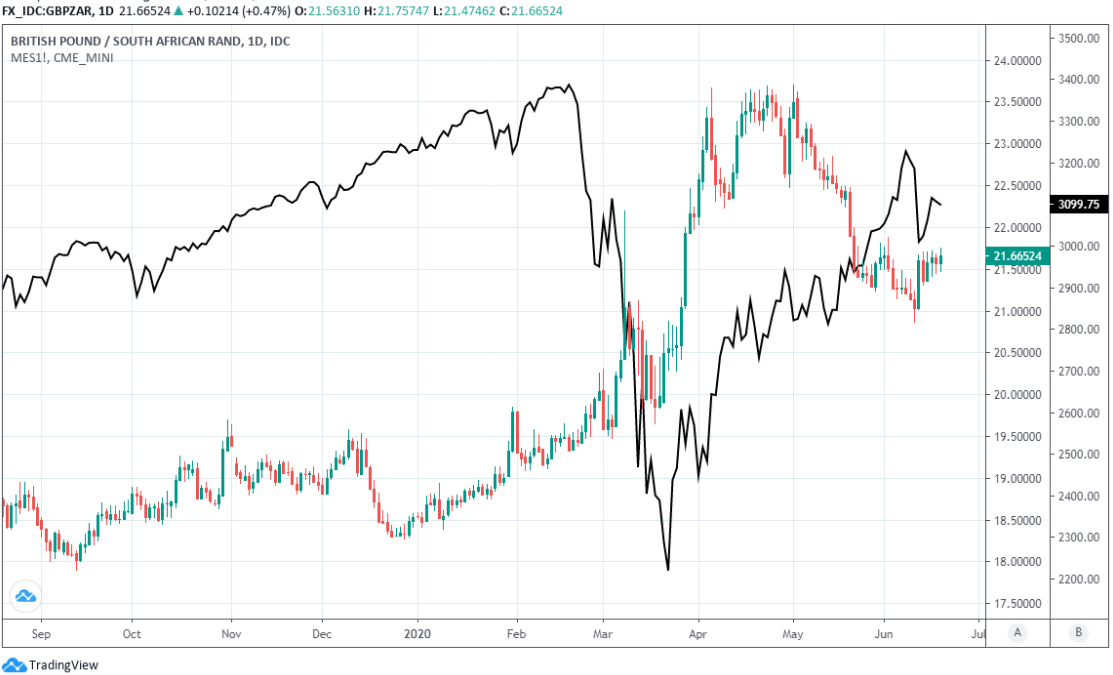 Chinese authorities were said Thursday to have expressed confidence in their ability to contain it while at the same time, were expecting more cases to be confirmed in the coming days. The world's second largest economy has its largest population and is ground zero for the coronavirus pandemic but its purported 84k infections spoke of only the world's 19th largest outbreak Thursday, according to Johns Hopkins University data.

This was as Brazil, Russia and India cemented their grip on the second, third and fourth spots in size order of outbreaks, behind only the U.S. as combined cases across the four countries neared four million Thursday. South Africa itself is attempting to reopen its economy, which has been a source of support for the Rand, although it too has seen a continued trend higher in the number of new infections found each day. That risks seeing the country and economy back in full lockdown and the Rand under pressure all over again.

"This looks like the perfect recipe for a sharp correction, in our view, which we expect to take place in the coming months," Zhuang says. "The past few months have proven that the mood of the markets can shift quickly. Without fundamental support, the EM recovery is fragile, and is susceptible to a number of factors that include a worsening of the pandemic, a slower recovery to a normal growth trajectory, and intensified conflict between the US and China."