- And is forecasting USD/ZAR retreat before year-end, and lower GBP/ZAR.

- Investec tips USD/ZAR back below 15.0 as Fed decision draws closer.

- Moody's itself has said South Africa likely to keep top rating this year.

The Rand was clobbered Tuesday after the influential investment bank Renaissance Capital tipped South Africa to lose its 'investment grade' credit rating next month, although many forecasters say the country will not only cling to the rating but also that the currency will recover.

Renaissance Capital, an emerging market focused firm founded in Russia during 1995, is said to have told clients that South Africa is likely to lose its last remaining top credit rating when Moody's makes its next decision at the end of November. That would force many international investors to get rid of their South African government bonds, leading to large outflows from the country and downward pressure on the Rand.

"The South African rand is selling off despite the broader risk-on move today in the EM space. This is partly due to headlines of accurate forecaster Renaissance Capital predicting Moody’s will downgrade South Africa’s sovereign credit rating to junk status," says Simon Harvey, an analyst at Monex Europe. "Factors to watch out for include the proposed Eskom announcement prior to the medium-term budget report at the end of the month, and the Moody’s rating decision in November."

Harvey and the Monex team say the threat of a downgrade from Moody's and risks to the economy could keep the Rand on the back foot for a while yet but London-based foreign exchange specialist is forecasting recovery before year-end. Monex is looking for the USD/ZAR rate to retreat back to 15 in the next month and for it to hit 14.5 by year-end. The Brexit-stricken Pound-to-Rand, on the other hand, is tipped only to 18.41 by the end of December. 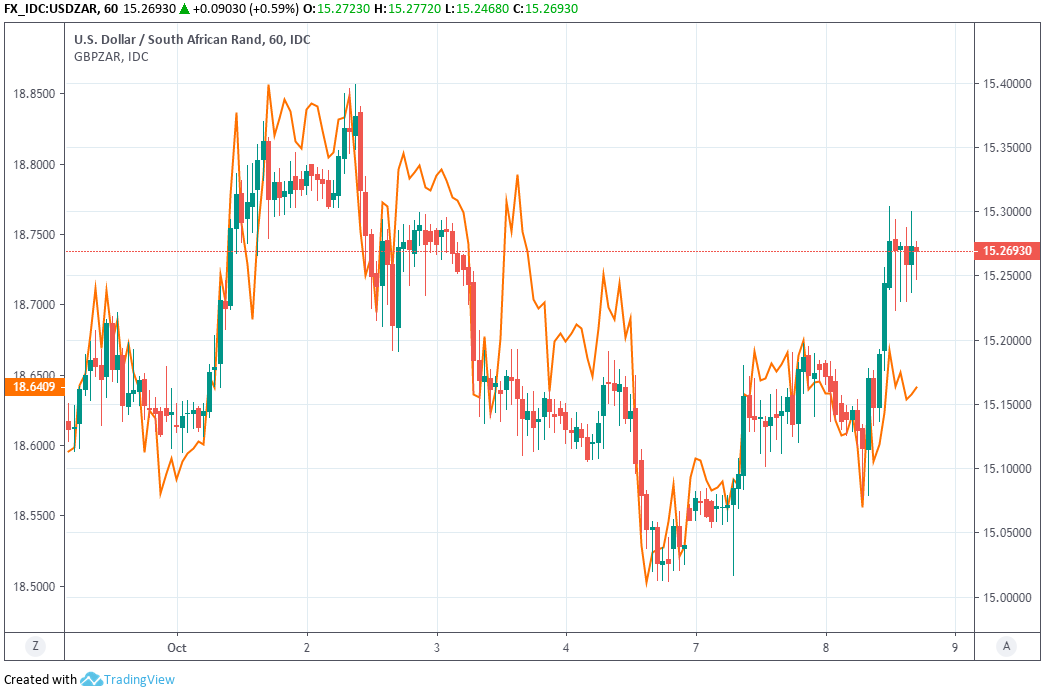 Market concerns over the public finances, as well as the ebb and flow of so-far insufficient efforts to improve them, have long weighed on the Rand. South Africa has wracked up debts that risk becoming unaffordable and with the economy weakened by domestic as well as international factors, and the government still running a budget deficit, fears for the rating are growing.

"The next month will prove tricky as investors await the outcomes of Eskom’s special report, the Medium-Term Budget policy statement and Moody’s sovereign-ratings review. Arguably, much of the uncertainty related to these events is already priced into local assets. But varying interest in weekly bond auctions would suggest that investors are still applying some measure of caution," says Nema Rhamkhelawan-Bhana at Rand Merchant Bank.

Renaissance says South Africa's economic condition, alongside social factors complicating the path to reform, are inconsistent with the country retaining its last remaining investment grade rating. However, a majority of analysts polled by Bloomberg this month said they expect the country to keep the rating. For its part, Moodys has blown hot and cold in its outlook for South Africa. 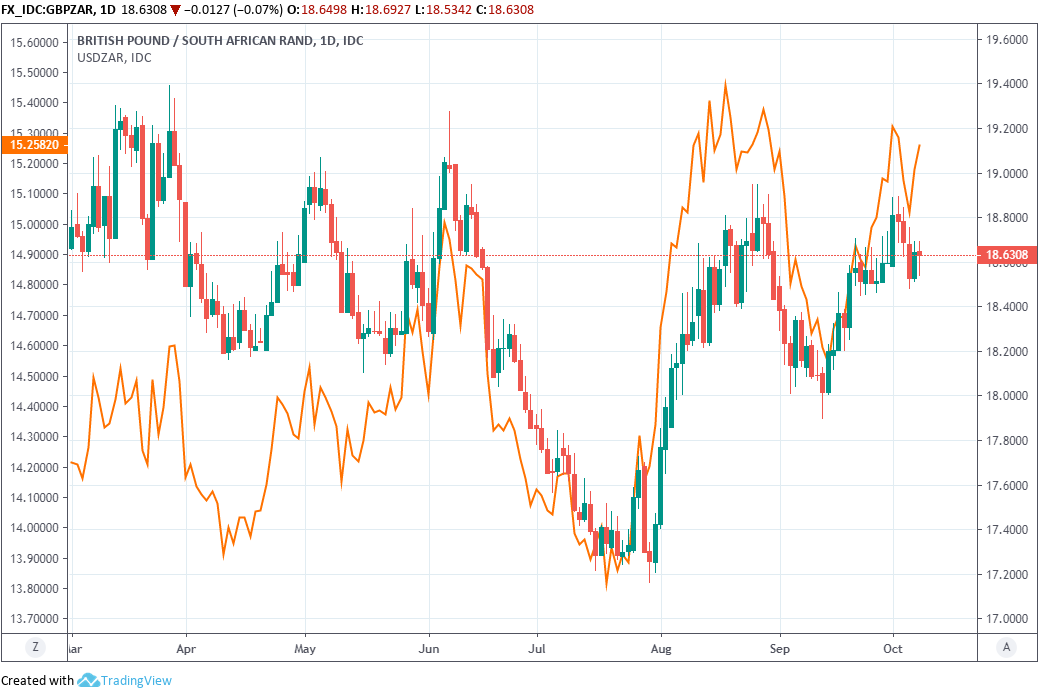 Moody's marked down South Africa's most recent budget statement in February and followed up with another critical appraisal of the public finances in May, before panning in July, a government plan to provide fresh financial support to the ailing power utility Eskom. The government is on the hook for more than Rs 350 (£20 bn) of debt and is under pressure to offload the company and its problems onto the shoulders of private investors.

"The upcoming MTBPS (or Medium-term budget policy statement) is being seen to cast a pall over the rand’s fortunes, as is a potential Moody’s country review with possibly rating action on the SA sovereign’s perceived credit worthiness. However, we continue to expect only a downgrade to the rating outlook this year, or in H1.20," says Annabel Bishop, chief economist at Investec Bank. "The domestic currency may still attempt to break through R15.00/USD in the run-up to the FOMC meeting at the end of this month if risk aversion subsides."

Despite all its past comments on the public finances, Moody's signalled at a 'Sub-Saharan Africa summit' organised by itself in Johannesburg in early September that it could give the country a stay of execution next month. Lucie Villa, the agency’s vice president and lead sovereign analyst, was reported to have told attendees that the current 'stable' outlook on the rating means there's only a very low probability of a downgrade happening imminently.

Villa said Moody's prefers to the downgrade countries' outlooks to negative before actually cutting the rating, and told eENCA South Africa is "likely" to keep the rating the this year. That could mean Tuesday's sell-off is unwound over the coming days and weeks, supporting both Monex and Investec forecasts.