- U.S. is said to be mulling restricting 'portfolio flows' to China.

- Act of 'wounding with intent' shatters the U.S-China trade peace.

The Rand slumped Friday as investors fled emerging markets amid signs of another escalation in the U.S.-China trade war but analysts at Bank of America are tipping the South African currency for more losses in the weeks ahead.

South Africa's Rand was hammered Friday alongside risk assets the world over after Bloomberg News reported that President Donald Trump is contemplating measures that would enable it to limit American portfolio flows, an aggressive step that would mark a significant escalation of the trade war between the world's two largest economies. He's also reportedly mulling restrictions on Chinese companies' access to U.S. stock markets too.

Restricting 'portfolio flows' would involve limiting the amount of debt and stock that American money managers can buy in China. Foreign holdings of Chinese stocks and bonds remain small but strong earlier growth in the world's second largest economy has left it increasingly in need of outside capital, which is why the country has begun to relax some rules in recent years.

President Trump's plans, if gone through with, would put a roadblock in China's path and would amount to something like an act of 'wounding with intent' in the trade war that had seemed to freeze throughout September. They could have a knock-on impact on the emerging world too, if they harm China's economy.

Friday's report came amid much hope that talks scheduled for next month might produce an agreement that at least suspends hostilities for a bit longer, although hope may have faded into the weekend. Bloomberg News says Trump administration officials want to keep the action isolated from the current trade negotiations

The  Rand was down 0.82% against the Dollar and 0.57% against a Brexit-stricken Pound Sterling late Friday as a result of the report but Bank of America recently told institutional clients to sell the South African currency because it's expected to fall further in the weeks ahead. 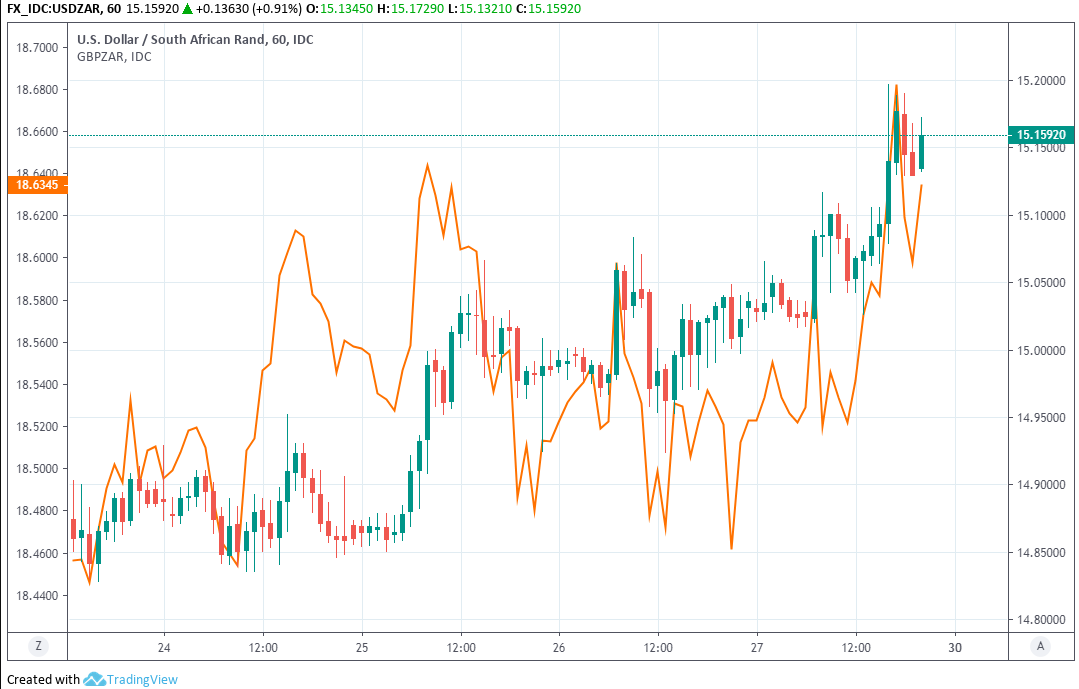 "We think EM would need a major positive surprise to rally in October," says David Hauner, a strategist at Bank of America, in an earlier note to clients. "Rand is the EEMEA bellwether but it also faces the medium-term budget statement and subsequent Moody's review. We think that the downgrade is priced in for the bonds, but experience suggests still FX weakness. We think the balance of risk is asymmetric.

Judgement Day for South Africa is in early November when Moody's is expected to issue its latest decision on the country's credit rating, and after a series of disappointing budget updates most analysts are expecting the agency to at least warn that South Africa will lose its investment grade credit rating upon the next review if the budget deficit is not brought under control and progress with reforms not made. That could have consequences for the Rand, analysts say.

Much is normally made of emerging market currencies in the final quarter, which is when developed world capital markets emerge from their summer slumber and trading flows pick back up. Some local analysts had anticipated those seasonal dynamics would carry the Rand higher throughout the October month and toward year-end, but Hauner has a litany of reasons for why the Rand and other emerging market assets could suffer next month.

"Our long-term valuation model sees ZAR very overvalued with fair value at 16.5. Our technical strategist Paul Ciana is also long-term bullish on USD/ZAR. In the short term, the MACD indicator is about to send a buy signal," Hauner says. "Investors may consider buying USD/ZAR ahead of the October risk-events as protection, even if the events themselves later on may lead to renewed USD/ZAR selling. We buy USD/ZAR at 14.86."

Hauner and the Bank of America team are targeting a move up to the August high of 15.44 over the coming weeks. 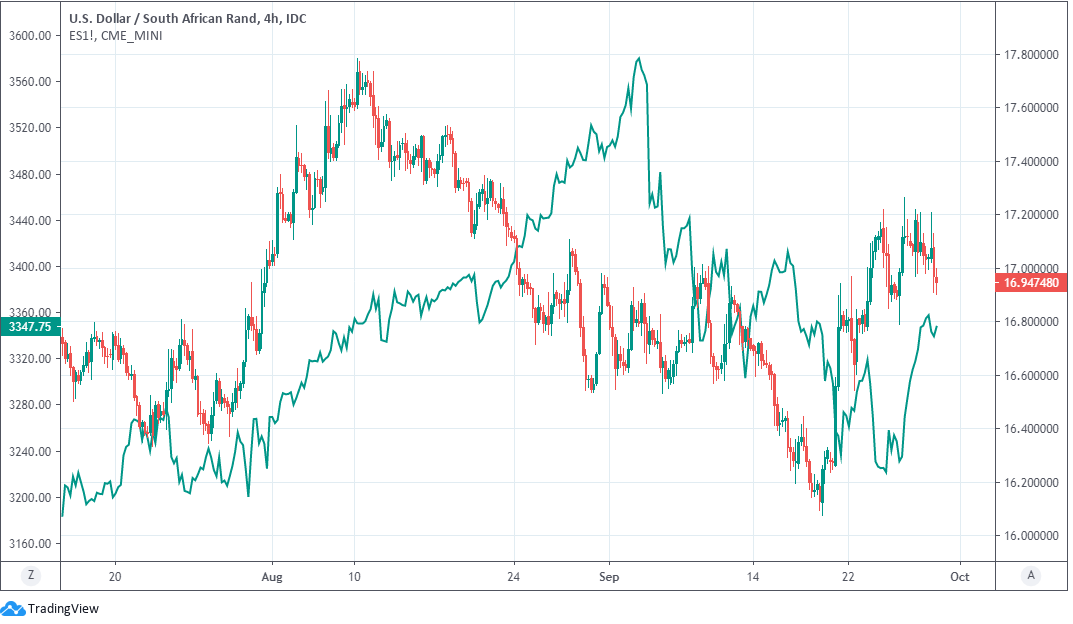